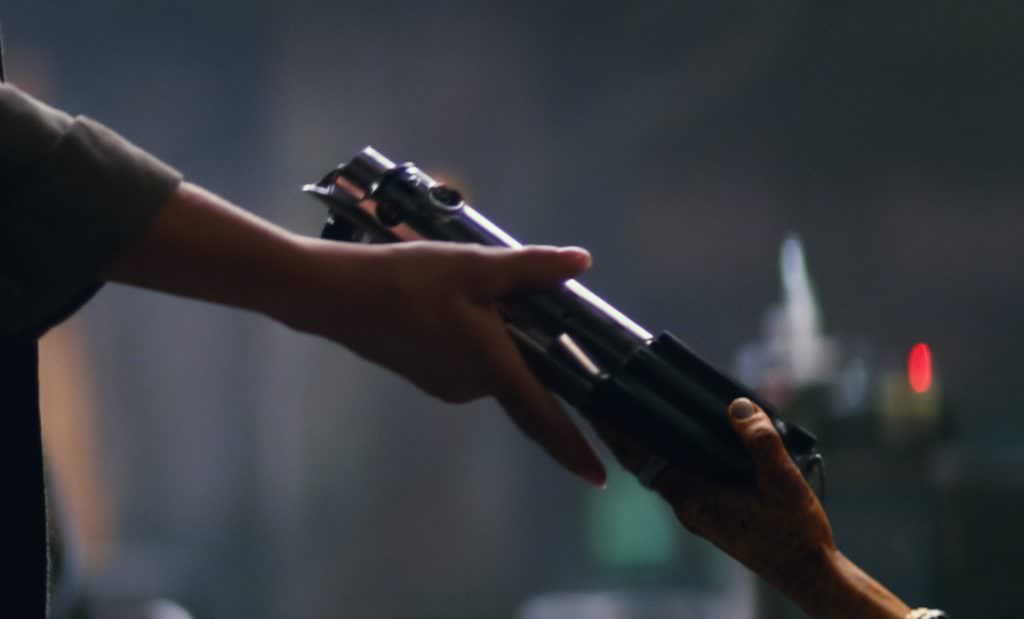 Yesterday we shared the news that writer/director Rian Johnson's Star Wars: Episode VIII released the official title—Star Wars: The Last Jedi. It's a great title. It's short, intriguing and open to breathless interpretation until the film bows on December 15. Johnson revealed a few weeks ago that he'd had the title since his very first draft of the script.

Since the news broke, the internet has been abuzz about all the possible implications of the title. The most obvious reading is that the last Jedi in the title refers to Luke Skywalker (Mark Hamill), whose whereabouts were unknown until the very end of The Force Awakens. Luke is clearly the most likely holder of the title considering this is precisely what how he's described in The Force Awakens' opening crawl:

Luke Skywalker has vanished. In his absence, the sinister FIRST ORDER has risen from the ashes of the Empire and will not rest until Skywalker, the last Jedi, has been destroyed.

The most bittersweet speculation regarding The Last Jedi has nothing to do with the title; it's how Carrie Fisher's final performance as General Organa (né Princess Leia) will shape the plot. Fisher's death in December came after she wrapped her work on The Last Jedi, while The Hollywood Reporter has written that Fisher was going to be involved in Episode IX, and it remains unclear how Disney will handle her passing. Spoiler alert—Fisher made a surprise cameo, in the form of a CGI rendered version of Princess Leia, in Rogue One. Disney has confirmed they will not be doing this for upcoming films:

“We want to assure our fans that Lucasfilm has no plans to digitally recreate Carrie Fisher’s performance as Princess or Gen. Leia Organa.”

Johnson has said that The Last Jedi will focus on Luke and what he's been doing, while fleshing out the central characters from The Force Awakens. He also said that fans looking for modern riff on The Empire Strikes Back, the iconic dark middle chapter of the original trilogy, should expect to be surprised by his choices.

Finally, about that Tom Hardy cameo—The Hollywood Reporter interviewed him about his new show, Taboo, and snuck this question in at the very ending. Hardy's cryptic response merits the speculation that, like Daniel Craig did in The Force Awakens, the British actor may be making a cameo in The Last Jedi:

Final question: Rumor has it you're going to be a Stormtrooper in the next Star Wars movie. True?

I don't know if I can even say that. Where did you hear that?

Ah, the internet is a glorious web of deceit and misinformation, isn't it? (Laughs.)

It could be, couldn't it?