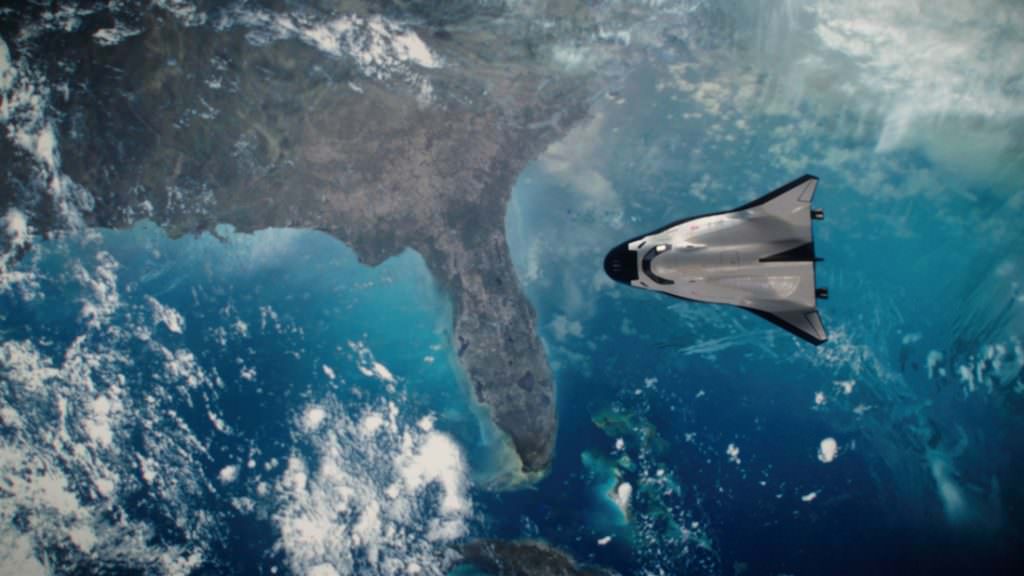 Cinematographer Barry Peterson has been behind the camera on hit comedies like Zoolander, 21 Jump Street, and Central Intelligence, but his latest film may be his most stunning work yet. Peterson was Director of Photography on the visually ambitious sci-fi romance The Space Between Us that boasts incredible imagery of our world. The story follows Gardner Elliot (Asa Butterfield), a boy born on Mars, as he travels to Earth for the first time.

We spoke with Peterson about seeing our planet through new eyes, capturing the science of space travel on film, transforming New Mexico into a colony on Mars and more.

The trailers for The Space Between Us look really amazing. Was this film a huge undertaking?

It’s a fantastic little-ish movie. We did it in 39 days and it doesn’t look like it. It’s really an interesting looking film.

How were you able to pull the movie off in such a tight time frame?

We were very matter of fact and we knew that we needed to be concise with things and make sure we weren’t wasting time and energy on things that we didn’t need. Peter Chelsom, the director, and I were on the same page that we weren’t going to waste time with something that wasn’t going to end up in the film.

Your resume boasts some really iconic comedies. How did you make the turn into a sci-fi film?

It’s kind of a funny situation. I started in the studio business with Zoolander, which kind of set that pace for me. Once you start in the comedy world, people definitely feel that that’s what you do well, especially if you have success with. That’s where it started. I jumped out a little bit with Doug Liman. I did a movie called Jumper that was sci-fi fantasy based. I was working with Peter Chelsom on a commercial and he said, “One day I’m going to use you on a movie.” I hadn’t heard anything for six years. Then he said, “I’ve got this movie I’d love you to do.” That’s how the turn happened, happily.

The main character of this film is visiting Earth for the first time. How did you capture a new perspective on our world?

Was it difficult to capture those really vast landscapes on film?

We had enough prep time and Peter and I are very much on the same page. He’s a visual guy as well. He’s always open to big scope shots and he loved the long shot. Getting back wide and shooting beautiful panoramas. We would scout something and plan on doing it there then say, “Oh my god, look over there. That’s even more incredible.” 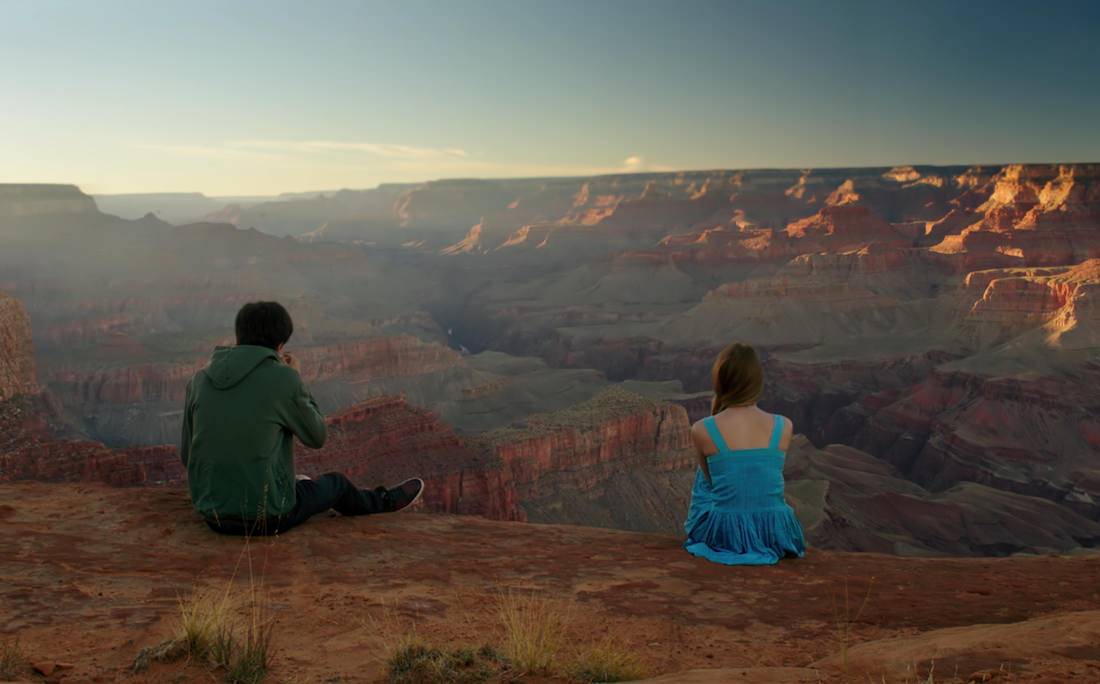 (L to R) ASA BUTTERFIELD and BRITT ROBERTSON star in THE SPACE BETWEEN US.​ Photo: Courtesy of STX Entertainment.​

Were you able to capture those shots with your camera or was there a lot of digital enhancement afterward?

Did you do any astronomical research before filming?

We did. The biggest thing for us was some of the bridge shots where we’re actually bridging Earth and Mars and traveling in spaceships between the two places. We did a lot of NASA research with all of the IMAX footage that they’ve shot over the years. There’s some spectacular footage in the NASA databank. Looking at how people moved and realizing the type of lights and the type of fixtures. 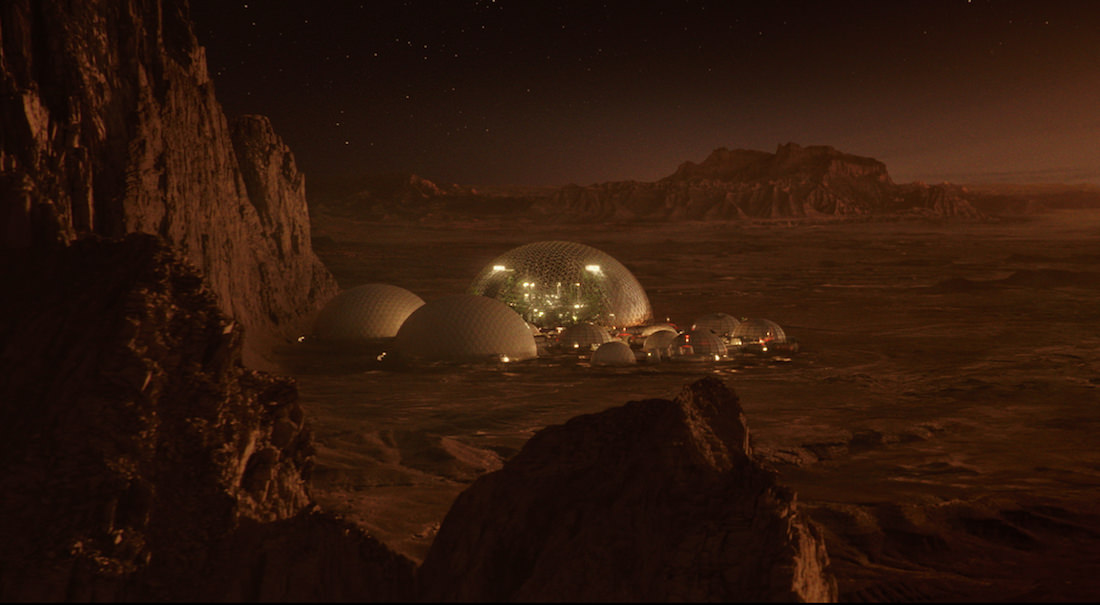 What’s something you learned?

One thing that you don’t realize is that in most of outer space, because there is no oxygen, they have to pump oxygen into everything. All the lights have to be protected. They’re very specific types of lights. They’re LED and very specific types of fluorescents. Even if we didn’t get the fixtures, we had to make it look like their fixtures. Otherwise things could be explosive because they’re pumping oxygen into the environment all over the place. Space, anything in the bridging sequences or on Mars itself, our interiors were always cool. Everything we did had a cool-ish feel. Then when we came to Earth, we were able to warm it up and add more color.

Where did you all shoot?

A lot of the interior sequences were all built on stage in Albuquerque, New Mexico. Kirk Petruccelli, our production designer, did a fantastic job with all the interior pieces on a relatively tight budget. He was able to manipulate similar set pieces that can keystone into each other so that you could run down a hallway, turn left, and manipulate the same room and it would look like you’re coming down the opposite direction. We used a lot of set pieces like that. The exteriors were primarily shot in New Mexico. The large hangar, which is Richard Branson’s space expedition hangar that the state built for him, has never had a ship land there or take off from there yet. It’s a massive hangar that looks incredible. There’s a sequence where you see [Gardner] walking away from what looks like a big shell and that’s a standalone space facility that has not yet been used for anything. We were the first ones to shoot in there. We’ll see if Richard Branson can have a spaceship land there soon. 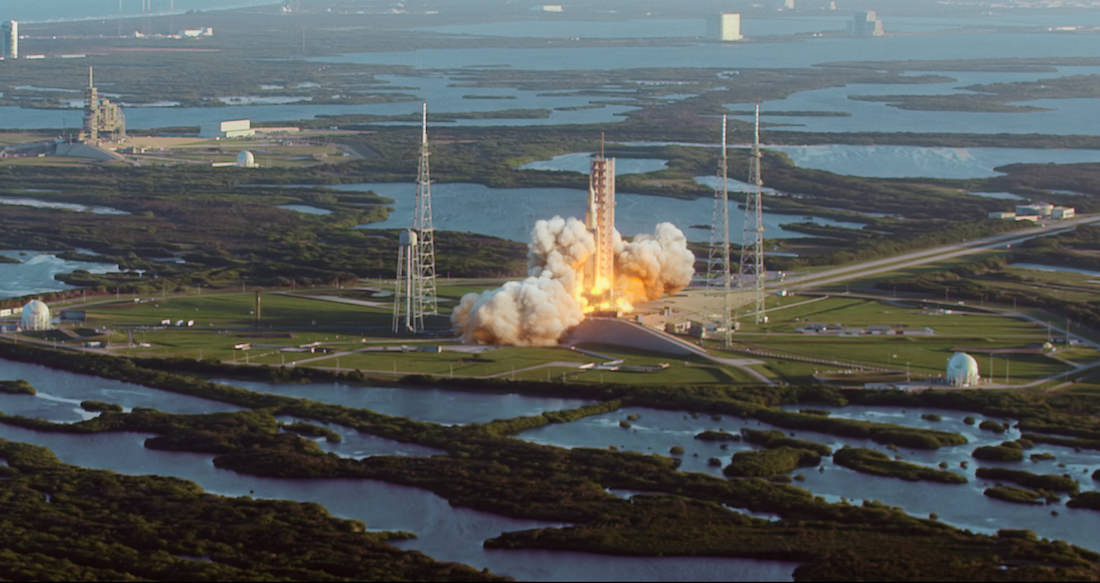 Does it seem odd that the technology of this film could soon be real?

Eventually things catch up in sci-fi. I remember on Star Trek, way before cell phones, they were talking on their communicators like cell phones. It takes 9 months to get to Mars with our present technology. Because this child is born on board, he ends up not being allowed to come back. When we start the movie, we end up 16 years later back on Earth. It’s not far enough that there are spaceships all over the place and it’s not far enough that every car looks different. If you look on the street today, you’ll see 16-year-old cars all over the place and they don’t look that different. It’s kind of an interesting amount of time. It’s not like 40 years in the future where you could take some real liberties. We all know what 16 years looks like.

What was your favorite sequence to film?

There’s a sequence when the young man ends up back on Earth and he’s in a chase. He’s with a young lady and they end up in a biplane having to escape and try to get away. It was a really fun sequence from the moment they start running and get into the plane. We explain why this girl knows how to fly. We tie a bunch of things together with it. Visually it’s absolutely beautiful and technically I think we did it pretty well.

TAGSThe Space Between Us