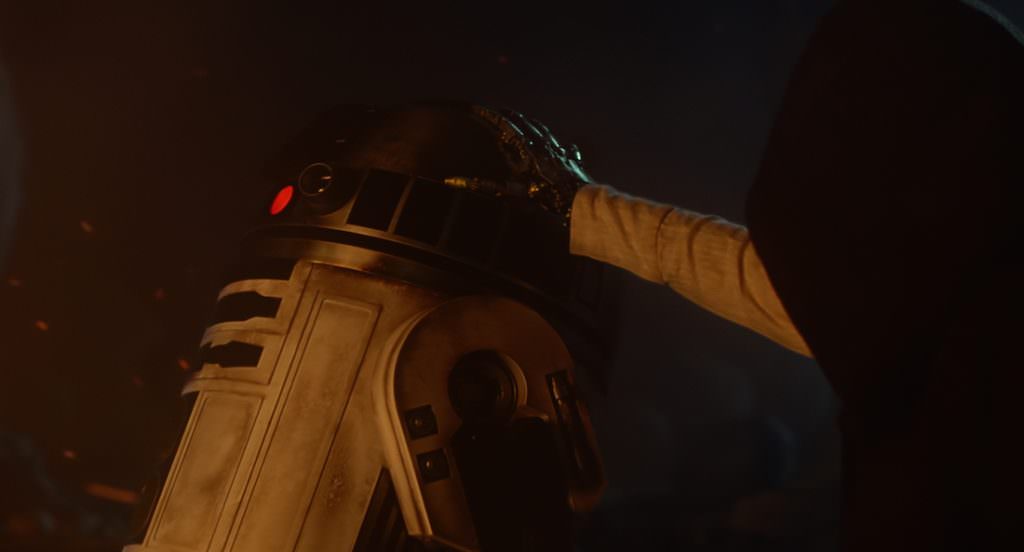 Now that Star Wars: The Last Jedi is only months (11 and change, to be exact) away from coming out, writer/director Rian Johnson has begun speaking about the film. We know the film was shot in Skellig Michael (where Rey finds Luke at the end of The Force Awakens), the massive Pinewood studios, Dubrovnik, Croatia and County Cork. Since they wrapped filming, Johnson has started to reveal, in dribs and drabs, the film's influences, thoughts on its tone and more.

In a new interview with Empire, Johnson, who's in the middle of the editing the film, expressed excitement at how things were shaping up. While we highly suggest you read the whole piece in the hyperlink, there were some takeaways we wanted to share, namely what the films he watched as prep for The Last Jedi tell us about his own story.

The first is that in preparing for the film, one of the movies the writer/director watched was the WWII drama Twelve O'Clock High so he could get a feel for the look of the aerial combat and the dynamic between the pilots. The Force Awakens had a good amount of aerial combat, but the fact that Johnson watched this movie to get a deeper sense of how to film aerial combat scenes and learn from the way director Henry King build on the bond between pilots makes us think The Last Jedi will spend quite a bit of time in X-Wings and TIE-Fighters.

The next film on his list is Three Outlaw Samurai, Hideo Gosha's story of three lowly farmers who capture the daughter of a greedy local governor for ransom, only to be exposed at having zero combat experience. Johnson said the film helped "give him a feel for the sword-fighting, and the general sense of pulpy fun." It's no surprise that any director of a Star Wars film would want to bring their own light saber style to the project, what intrigues us even more is Johnson's interest in Three Outlaw Samurai's "pulpy fun." He has stated before that The Last Jedi won't necessarily be as dark as The Empire Strikes Back, that other, iconic middle-trilogy Star Wars film.

Finally, Johnson turned to Steven Spielberg's To Catch a Thief, studying the film's romantic scale and grandeur. Taking notes from arguably the great blockbuster director of all time is never a bad idea, and To Catch a Thief is a breezy, brilliant heist film—considering Luke might just be the last Jedi in the title, it's reasonable to assume he'll be trying to break in, or out of, some serious trouble