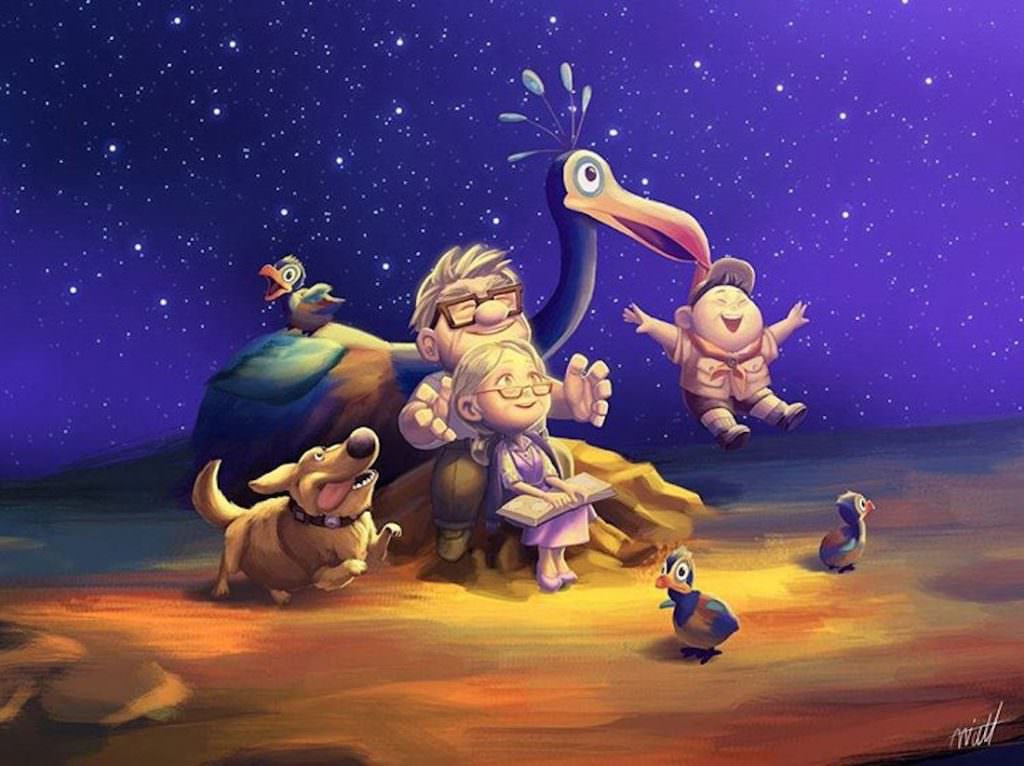 There is no film, no final, fluid story, without concept art and storyboards. They are a film's first line of artistic offense, helping imagine the world the rest of the filmmaking team will create on the big screen. Whether it's illustrations that design work that went into imagining what the heptapods in Arrival would look like or the first brushstrokes that helped bring Moana to life, storyboard and concept artists are crucial to the process.

There is arguably no studio on the planet where storyboarding is a more vaunted piece of the process than at Pixar. Their methods, and attention to detail, are legendary. In the past we've looked at the storyboard work they did for Toy Story and detailed Pixar co-founder Ed Catmull's book on their process, "Creativity Inc."

In their latest effort to let us peak behind the curtain, Pixar dropped this video that shows a side-by-side comparison of their storyboards for Up and the finished film. It's a beautiful little piece, especially when you see how they turned the artists rendering of a storm into the fantstic, glorious animation it became in the film. What's also interesting to note is just how richly detailed the illustrations are—in many cases, the storyboards and animation are nearly identical, save for color.

All in all it's another bit of proof that filmmaking truly is an artistic medium that takes a village to create, and few villages are as exacting, and successful, as Pixar.