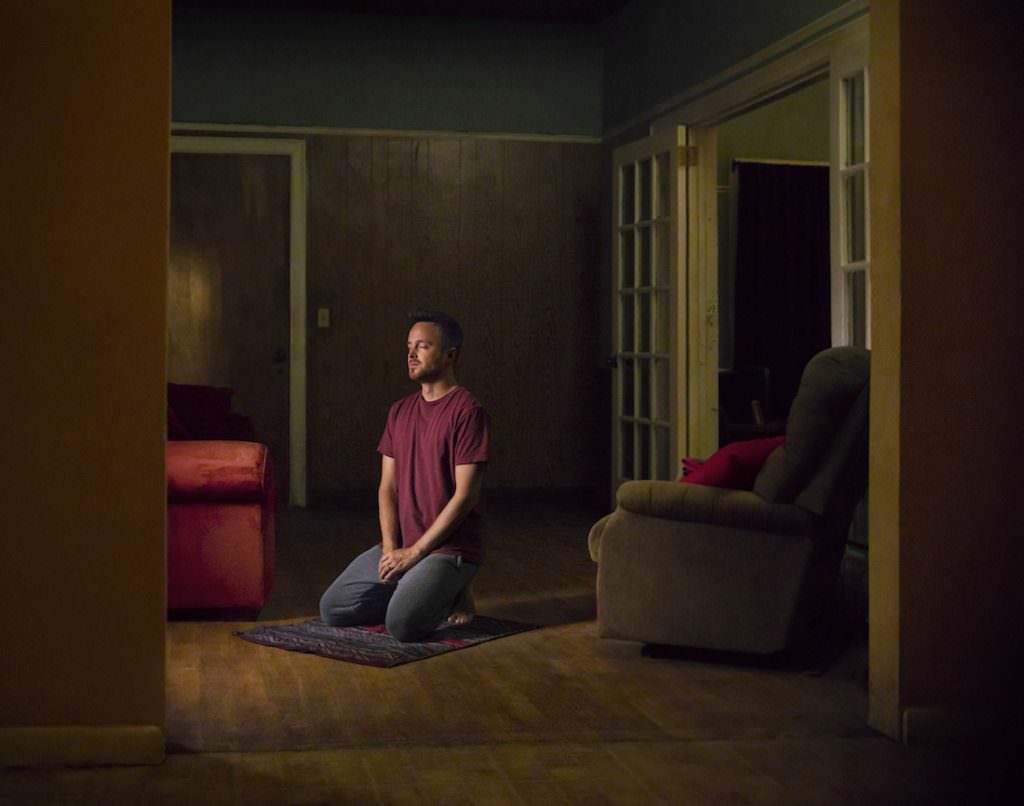 If you haven't watched Hulu's The Path, now's your time to catch up before the second season begins tonight. The show, created by Jessica Goldberg, is a rarity for TV: a twisting, intriguing deep dive into the pitfalls of belief, the difficulties of marriage, and the risks of zealotry.

The story follows Eddie Lane (Breaking Bad's Aaron Paul), who lives in upstate New York with his wife Sarah (Michelle Monaghan) and their two children, Hawk (Kyle Allen) and Summer (Aimee Laurence). The Lanes are members of the Meyerist Movement, a new age spiritualist religion. After returning from a retreat in Peru that was supposed to advance Eddie further up Meyerism's spiritual ladder, he instead experienced what was closer to a break, and begins season one questioning his faith in the movement.

We spoke to Goldberg about diving into questions about faith, family and spirituality in creating one of TV's most unusual, personal series.

The Path is not your typical drama. What inspired you to set out on this path (pun intended)?

I wrote this as a spec script a couple years ago. I’d lost a parent and was going through a lot in my own life, including a divorce, and I was thinking about faith and God and what happens when we die. So I was having an existentialist crisis, so to speak, and there was a lot in the news at the time about religions. I wrote it while on break from Parenthood, and I gave it to my boss on Parenthood, Jason [Katims]. He really responded to it, so we took it out to tried to get it set up, which was no easy task considering religion is not an easy sell.

How did you manage to get it on the air?

We had a lot of people respond positively to the material, but most felt they didn’t see neccesarily see dollar signs around a show about faith. We got really lucky with Hulu; they immediately responded and thought it was different, and had the possibility to tell fun, interesting stories. And the really fun part was that the actors really responded to it. Actors love to play tortured roles.

The cast is uniformally excellent.

They are. And you watch someone like Aaron [Paul], and his character, and it’s so funny because you would never guess how much fun we're having making the show. They’re all funny, delightful people, yet they love playing the darkest, most tortured human beings.

The Path dissects not only questions about faith, but also about family.

I really wanted to write about losing faith in your religion and about a marriage dissolving. Then once there was interest, I thought I’d better get the religion part right. So there was a lot of research into cults and established religions, including Mormonism and Scientology.

Its been so interesting. Now that the show is out in the world—Aaron went into a supermarket and this woman who had gotten out of cult wanted to talk to him, because his character had spoken to her. I’ve gotten letters on Facebook from people who have been shunned by their families after leaving cults…it’s so interesting, it’s a real thing that people break up with their families.

What was the impetus for creating your own religion, Myerism, for the show?

People often ask me why I didn’t use a real religion, and the answer is because the freedom [Myerism] provides for storytelling. Obviously it allows us to explore the material in a broader way. Also, it becomes more of a universal story to a lot of people. Even in very traditional faiths, there are a lot of unspeakable actions. In season one, we look at this idea of ‘there’s no room for doubt.’ I came to all of this from an interested, curious place. I had grown up in a very secular world, in Woodstock, and we didn’t really go to any kind conventional church or synagogue. I always found those worlds interesting. Churches and peoples' homes with crosses on the wall, I loved the mythology and the comfort and the community around religion, so I wanted to explore it from that point of view. Then, with the rise of groups like ISIS, I wanted to look at that form of extreme of faith. It’s confusing; God is supposed to be the most benevolent entity, but God's also the one that people are doing these horrible things in the name of.

You clearly like your characters. It comes across in the writing and the performances.

To me it’s really interesting that we actually explore characters like Michelle [Monaghan]'s character Sarah, and Hugh Dancy's character Cal, and people who believe deeply in Myerism. We try and have empathy for them and their beliefs. It’s a real challenge, but it’s also really fun to write characters that are zealots. Particularly Cal, whose maybe not so different from some of our politicians. He's a man who paints a world and says, 'This is what reality is really like.' 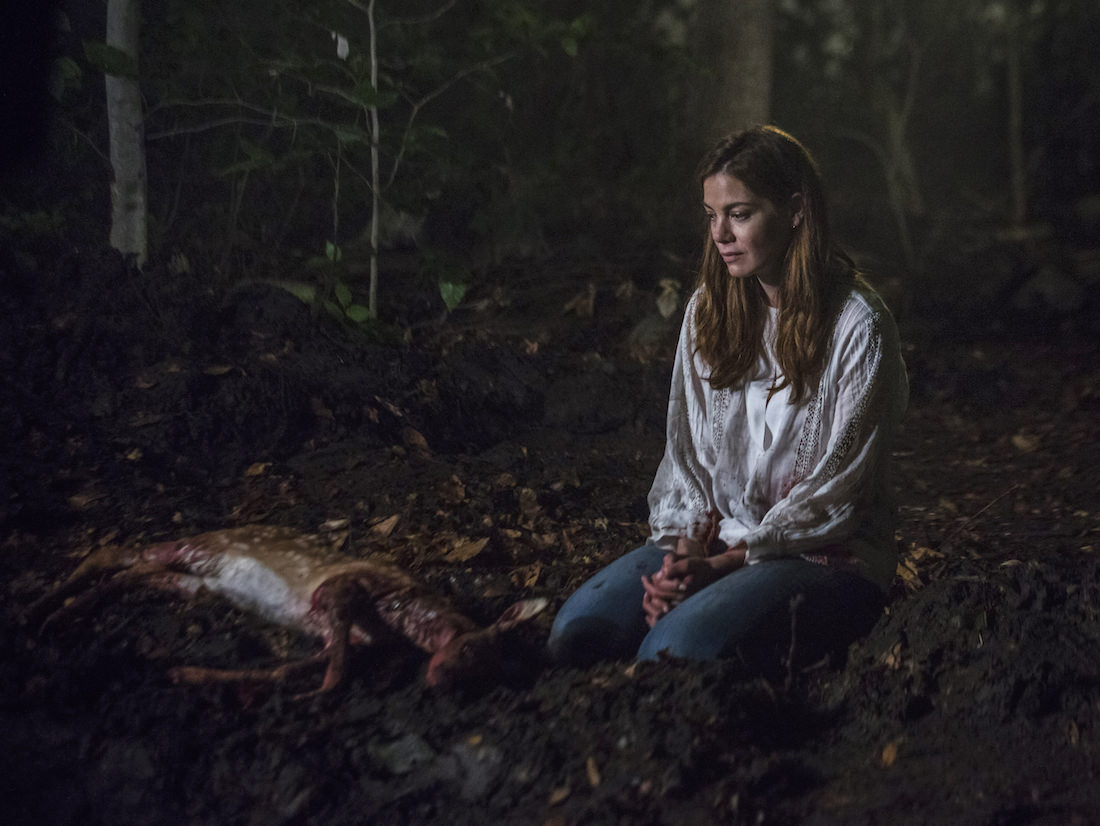 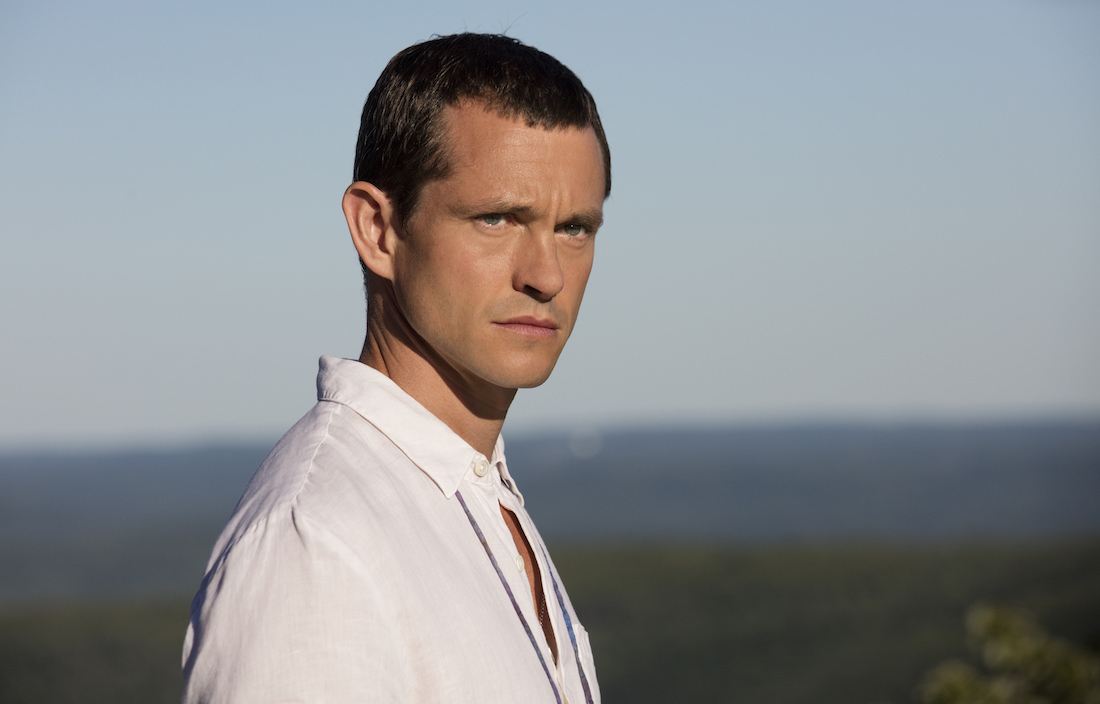 Tell me about your writing process.

The first season we had four writers. I’d written episodes one and two by myself, with help from Jason [Katims]. When the show got picked, up we hired four writers, and it’s a really warm room to work in. We go to work at ten and sit around and talk about stories and books we’ve read, we talk about God and all that kind of stuff, and then we go home and pick up our kids. That’s the process, we break the stories together and then different writers write them.

Did you have a sense of where the story was headed when you sat down to write the pilot?

I always had a sense of the arc for season one, which was basically, 'This is what happens when one member of a marriage stops having faith,' so I knew those were my bookends. I had a strong sense of what the story was in season two. And I have an image for the every end of the show, but after season two, I have no idea what happens next. If we get an opportunity to write it, the world we're currently living in is changing so much, we’ll be writing from a very different world than we’d started in.

What rules, if any, do you have for you and your writing staff?

I learned from working on Parenthood that storytelling comes from character. Once you start coming at it from the emotions of the characters, it helps guide the plot. You’re still making TV, so someone has to kill someone or have sex with someone, you're still trying to have fun ideas, but as long as it’s coming from the character and the character’s truth, everything feels earned and helps guide the story you’re telling.

Also, I think what’s interesting about writing is, as you write things and as they go on, in a weird way the story gets farther from the initial idea you had. Obviously, being in season two, it’s becoming its own animal, or more like your own baby. It has a life of its own and it’s making its own friends.

The Path streams tonight on Hulu.