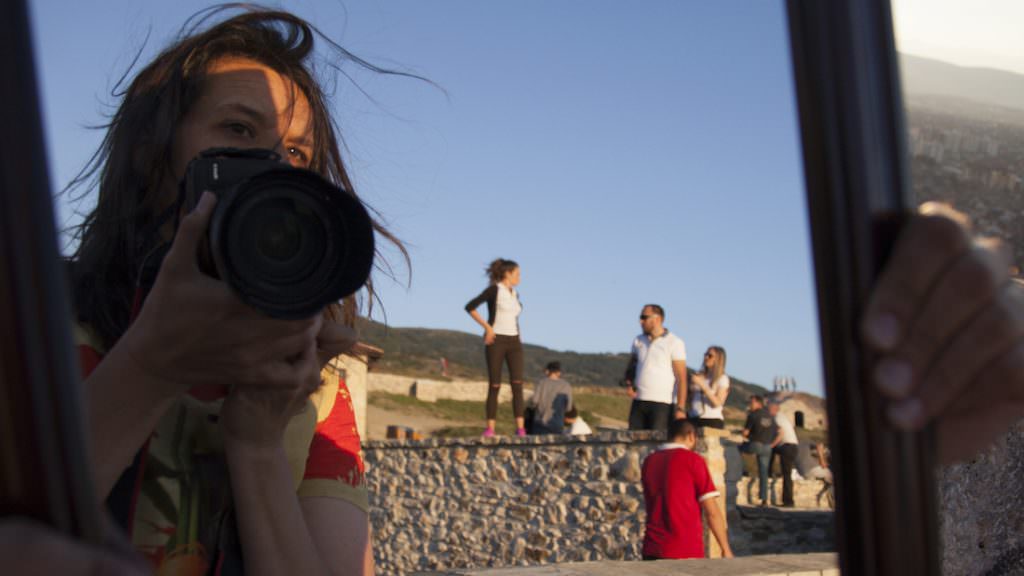 Tower director Keith Maitland faced a major obstacle when he decided to revisit the horrific 1966 University of Texas shooting spree resulting in 17 murders. "I wanted to create a visceral film that really invited audiences to feel the action of this tragic day," Matiland says. The problem: aside from a few minutes of local television coverage and a handful of still photographs, Maitland didn't have much archival imagery to work with. The solution? He interviewed survivors, now in their seventies, then hired actors to re-enact their stories using his own backyard as backdrop. Maitland says, "I knew there was zero chance the university would allow me to film re-creations of people running around on campus with guns and students getting shot. So I was lucky I never had a moment where any of the actors said to me, 'This is ridiculous! How am I supposed to give you a performance while your dog is running around the backyard?'"

Smart phones and consumer-quality digital cameras have influenced non-fiction cinema in recent years by infusing some films with informal urgency. Like last year's Oscar winner Amy, which utilized camera phone video to capture unguarded glimpses of the late Amy Winehouse, Gleason celebrates the age of DIY amateurism through hand-held close-ups shot by the subject himself.  Steve Gleason trained to be a football player, not a filmmaker, but his unpolished video diaries form the emotional core to one of 2016's most moving documentaries. In your face and unfiltered, the ex-New Orleans Saints linebacker chronicles his own struggle with ALS disease.

Clay Tweel signed on to direct the project after watching a few of Gleason's video selfies. "They were really powerful," he says. "Steve talks about having twitches in his arm and in another one, after he's first diagnosed, he describes to his son Rivers what ALS is. I also saw the one where Steve's screaming that he’s lost hope. For anybody who knows me well, I don’t really cry at much of anything, but seeing these journals, I was wrecked."

Tweel interspersed Gleason's video journals throughout his film, figuring the confessional footage would affect moviegoers the same way it affected him. "When you have Steve looking into the lens of the camera talking about how he feels as if the audience were his child, that makes an incredible impact from an emotional standpoint."

Cameraperson offers the most radical departure from documentary conventions by dispensing with central characters and storylines altogether. Director Kirsten Johnson, a veteran cinematographer (CitizenFour, The Invisible War) used dialogue-free outtakes from Darfur, Bosnia and Afghanistan to assemble a moving picture scrapbook she calls the "trauma cut." "I went back into footage I'd shot looking for the material that had been the most haunting to me," says Johnson, who likes to let her pictures do the talking. "Whenever I'm shooting, I'm consumed by an aesthetic quest as well as a human quest. I'm interested in figuring out how can I frame the shot in a way that's meaningful."

Instead of connecting events through a three-act narrative, Cameraperson stitches together discrete moments unified by a universal theme. "People everywhere try to live beautiful lives for themselves and their children, but poverty creates a certain violence in the world," Johnson says. "I just wanted to give value to those everyday struggles."