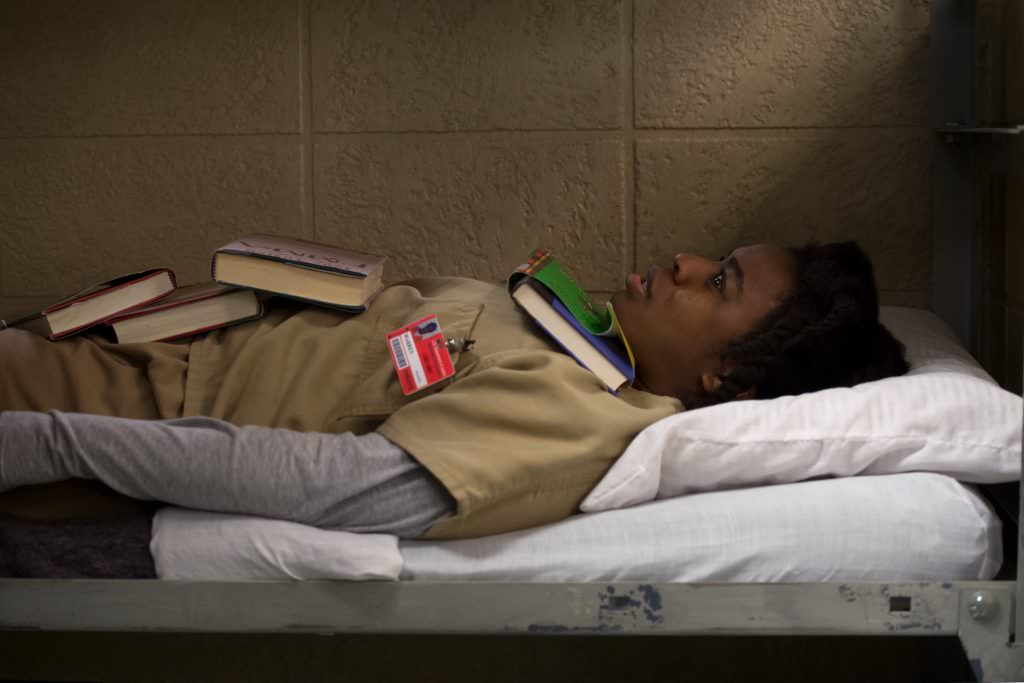 Lev Spiro has been behind the camera on some of the most successful shows on television. The impressive list includes Modern Family, Wizards of Waverly Place, Dawson’s Creek, and Arrested Development. In season 4 of Orange is the New Black, he had the high-pressure task of directing the backstory for fan favorite, Crazy Eyes. Thanks to Spiro’s thorough exploration of the character’s mental illness, the episode, People Persons, became an instant classic.

We spoke with Spiro about his hard fought climb into the director’s chair, directing that famous OITNB episode, telling stories in the binge watching age, and more.

How did you decide to become a filmmaker?

I was studying political science in Madison. I remember getting a note from the Bursar’s office saying, “You’re just a few credits away from graduating” after 3 years. I freaked out and thought, “What do I do now? I don’t want to go to law school. I don’t want to go into politics.” I added a second major in Communication Arts. I had to take TV production courses. The very last semester that I was in school, I took my first film course. That’s when the lightning bolt hit me. I just loved everything about it.

What drew you to being a director?

The process of going out and shooting and editing and working with actors. Filmmaking for me combines all of these different crafts and arts that I love. It combines drama, literature, psychology, photography, music. I thought to myself, “Geez, can I actually do something that I love this much for a living?” My parents strangely were not entirely opposed to it and I decided to go to graduate school and get trained as a filmmaker. It was either that or go to Hollywood and fetch coffee for people, which I figured I would do down the line anyway. My dad really wanted me to stay in school get a Ph.D. I said, “Dad, it’s already going to be bad enough when I’m fetching coffee for people in L.A. without them saying ‘Get me extra cream Dr. Spiro.’” I didn’t do that. 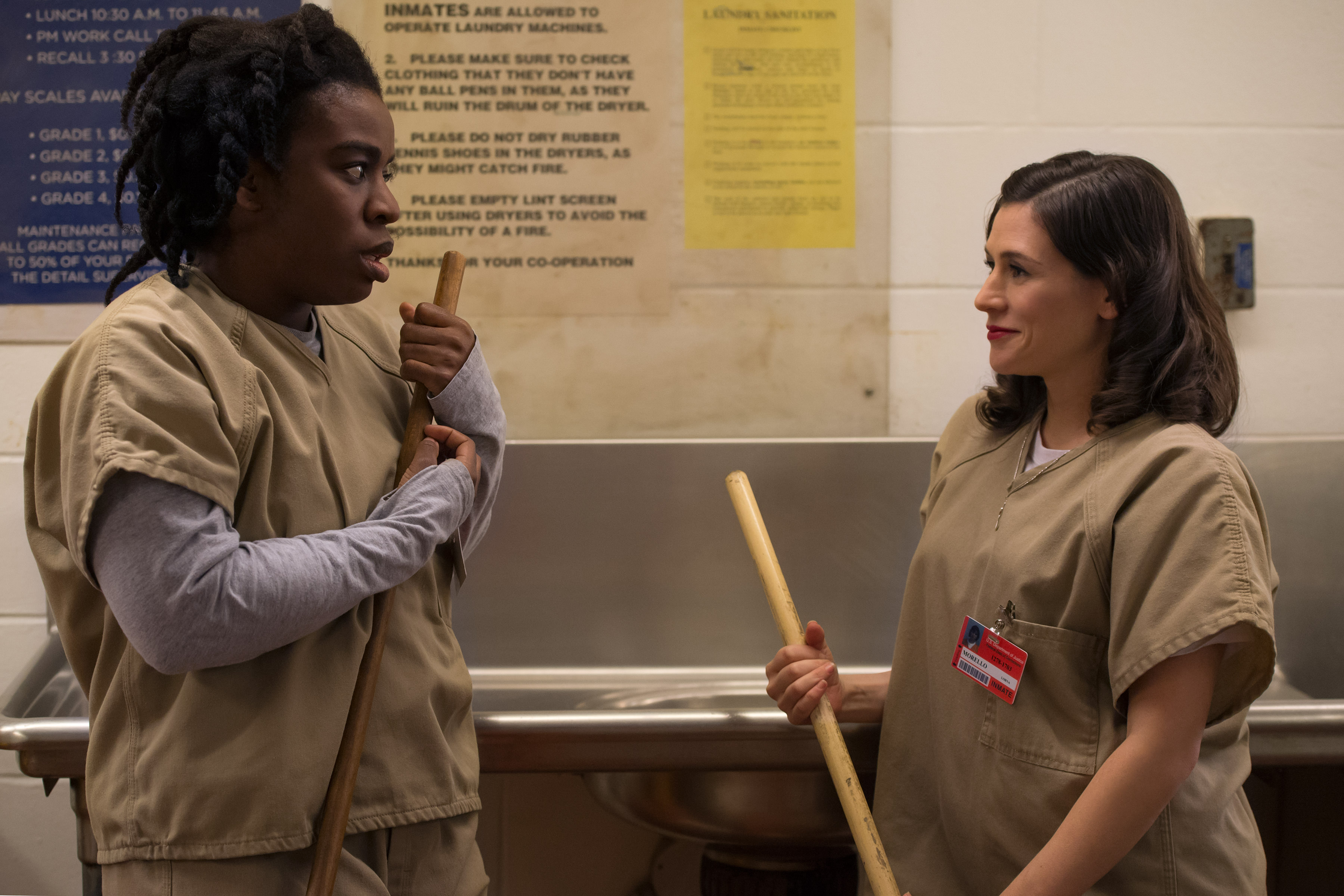 How did you get your start in the business?

I went to film school in Austin. I got a great education and training there and went out to L.A. not really knowing anyone. I had made two short films that did very well in festivals. My thesis film was a 30-minute political drama set in the 1960s about a white farmer who shelters an African American fugitive on his farm. That did really well. It won me a bunch of awards and I came out to L.A. and actually got an agent about six weeks after getting to L.A. I was very excited. They sent me on a round of meetings and I thought, somebody’s going to give me money. I’m going to get my first feature. It took me three and a half years of knocking on doors and getting people to watch the film before I got my first job. That was with Roger Corman.

Where did you go from there?

I spent a couple of years writing and directing movies for Roger. Then a woman at my agency saw a comedy I had done and said, “Wow, you’re really good at comedy. Have you ever thought about directing television?” I said, “Well, I like directing, period. Set me up with a meeting.” I got a meeting with a guy named Tommy Lynch who was kind of the Roger Corman of TV at the time. I ended up working for two years for Tommy at Nickelodeon and Disney channel doing a lot of these half hour, single camera, coming of age, comedy, sci-fi things. One of them was called The Journey of Alan Strange. One was called Cousin Skeeter. Tommy hired me to do my first pilot, The Jersey, which ran for quite a while. And then I was on my way. After a couple of years in that world, I managed to jump up to network television and my first show in that was called Popular, which was Ryan Murphy’s first show. I started out my career with a foot in both worlds of comedy and drama and it’s been pretty much like that ever since.

Even though you had recognized talent, it took a few years for your career to take off.

Most people I know who are successful here have very similar stories. Very few people are magically discovered. It’s really a process of knocking on doors and having the preparation of their craft in the meantime so that when the opportunity arises that you’re able to take advantage of it.

You directed the Orange is the New Black episode that reveals the backstory of fan favorite character, Suzanne. How did you approach that episode?

I got extremely lucky to have been given that particular script. I was very excited going in because I was such a fan of Uzo Aduba, her acting and her character. I was very aware she was a fan favorite. I did scrupulous homework. I watched all of the episodes available and then read all of the scripts available up to my episode. I did not want to miss a single detail of what that character had been through. Then when I sat down with Uzo and Nick [Jones], the writer who wrote this fantastic episode. We talked a lot about her character and her mental illness and what she had been through and how her mental illness manifested itself. What she would have been like in the past compared to where she is now and what her journey was. Interestingly, I come from a family of psychiatrists. My father is a psychiatrist. My mother was a psychotherapist. I have three aunts and uncles who are psychiatrists.

Is that a field that gives you insight into a lot of your projects?

Drama is psychology. You’re constantly dealing with why people are behaving toward each other the way they are. Television and film is all about human behavior. Anytime you want to get an audience absorbed in what you’re filming, it really goes down to how truthful you’re being with how people are relating to each other. It’s tough to remove psychology from it unless you’re doing a pure action sequence, which is really fun too.

Orange is the New Black was one of the major introductions to binge streaming. How do you feel like binge watching has affected your craft?

I can give you one very interesting perspective, which is that of my wife [Melissa Rosenberg] who is a television and film writer and who created the show Jessica Jones for Netflix and Marvel. She had spent many years of her career writing for network television and when she was working on Jessica Jones, she loved it because you’re not recapping the story constantly for your audience. The presumption is made that people are going to watch these things in a row. You don’t have to spend the first ten minutes of the episode reminding people of what’s happened already. Not to mention, you remove the whole structure of doing commercial breaks. It’s kind of a purer form of storytelling. You have a much better shot at really involving people in the story and they don’t get sucked back out of it to watch a commercial. I think it’s a lot more satisfying both for writers and directors to be able to construct a story where people are really immersed and able to forget the world outside them for 60 minutes.

What’s next for you?

I just finished shooting a show called Daytime Divas, which was a lovely blend of comedy and drama with a fantastic cast that includes Vanessa Williams and Tashina Arnold. I’m going back to Nashville to do three episodes of Still the King which is a very fun show. It’s kind of Coen brothers-esque with Billy Ray Cyrus. Last year I did two episodes and page two of the script they blew up a gas station. I said, “Are you going to do this CGI?” and no, they wanted me to blow up a gas station. Then there was this 4-page fight between 30 Elvis impersonators and 30 Johnny Cash impersonators. It’s a lot of fun. It doesn’t take itself very seriously.

TAGSOrange is the New Black