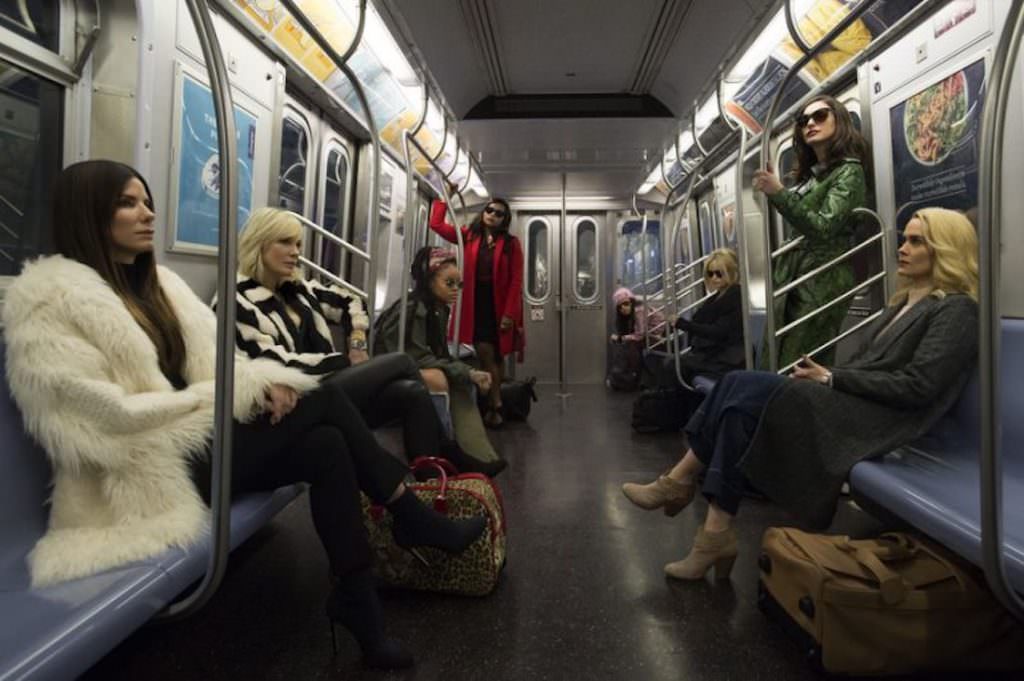 Warner Bros. Pictures' and Village Roadshow Pictures' have just delivered a first look at Ocean's 8, capturing our heroines in an iconic New York City location—the subway. The ensemble film stars Sandra Bullock as Debbie Ocean (the sister of George Clooney's Danny Ocean), who, like her brother, assembles the perfect crew to pull off easily the most stylish heist of all time, at the star-studded annual Met Gala. Her crew consists of Lou (Cate Blanchett), Nine Ball (Rihanna), Amita (Mindy Kaling), Constance (Awkwafina), Rose (Helena Bonham Carter), Daphne Kluger (Anne Hathaway) and Tammy (Sarah Paulson). If that cast alone doesn't have you excited for the film's 2018 release, nothing will.

This is an actual subway, folks, as some of the film was shot on location. We know that Blanchett's Debbie Ocean's right hand woman (essentially the Brad Pitt role), and along with the fantastic ensemble of women, Ocean’s 8 will also star Damian Lewis as the gang’s target, with Matt Damon expected to pop up in a cameo (playing the role of Linus Caldwell from his previous Ocean's work). Joining them are James Corden, Dakota Fanning, and Richard Armitage.

And yes, there have been rumors that Clooney could make an appearance. As great as that would be, Ocean's 8 will be about the women, and we can't wait for June 8, 2018, when they make off with the Met Gala goods.