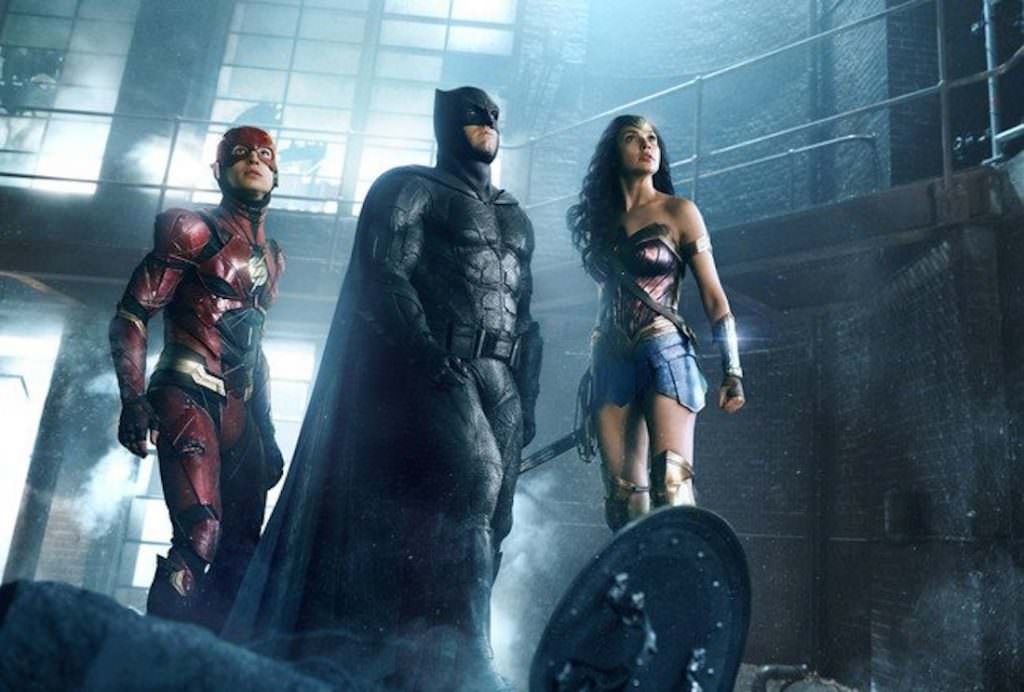 With the Golden Globes over and the Oscars on the way, we're officially in that period of time where we're simultaneously appreciating what came the year before, and preparing for what's to come this year. Without a doubt one of the biggest films of the year will be Zack Snyder's Justice League, which brings together Batman (Ben Affleck), Wonder Woman (Gal Gadot), Cyborg (Ray Fisher), The Flash (Ezra Miller), and Aquaman (Jason Momoa) in a battle royale that will be DC Films biggest contribution yet to their shared cinematic universe. First, Warner Bros. dropped the above photo,  showing us three quarters of the team. Now, USA Today has dropped the first image of the four supes standing side-by-side, and it's a doozy.

The four superheroes look mean and ready to rumble, but you're wondering something; where's Henry Cavill's Superman, you ask? Good question—it's been confirmed that he'll return for Justice League, but at what point in the story that'll be is anyone's guess, considering Supe had a rough finish to Batman v. Superman.

What we do know is that your big bad is Steppenwolf (played by the great Ciarán Hinds), with Deathstroke also a part of the problem for our do-gooder superheroes.