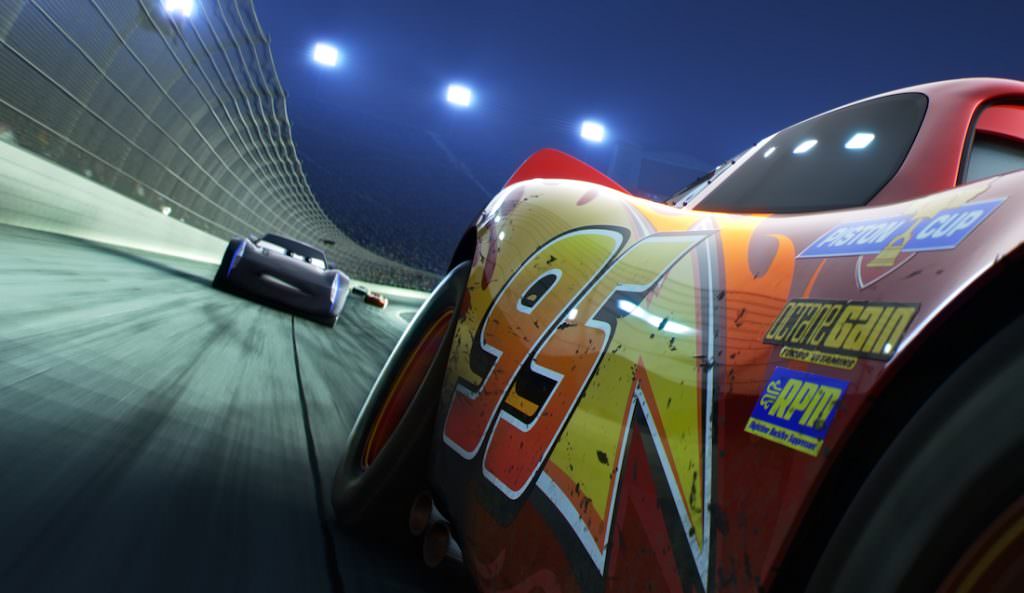 Cars is typically the Pixar series that gets the youngest fans revved up, but the new trailer for Cars 3 features a violent wreck and tackles the pitfalls of aging. While not quite the material you'd expect from Pixar's most reliably untroubled franchise, director Brian Fee and the Pixar team appear to be going for a bit more heft for the series' third race around the track.

Speaking of races, the whole 90-second spot is a thrilling race to the end, a burst of relentless action and very little expression that’s typical of the studio’s movies. In fact, one could be excused for thinking they were watching an actual car race, with the photo-realistic animation and the explosive sounds of racecar engines performing at peak capacity. We hardly ever see a character’s face, and then there’s that epic slo-mo crash. As the cars speed around the track, Lightning McQueen (Owen Wilson) has some tire trouble that sends him flying in a shower of debris. The scene is pretty unsettling considering those are his body parts. It's also undeniably riveting.

The races look bigger and faster as the now middle-aged McQueen struggles to keep up with newer models. New nemesis Jackson Storm (Armie Hammer) appears to have a definite technological advantage, but McQueen is a seasoned pro. Only in order to face down his toughest competitor yet, McQueen will need to help of friends old and new.

Check out the new trailer below and find out if McQueen has to hang up his lug nuts for good on June 16.