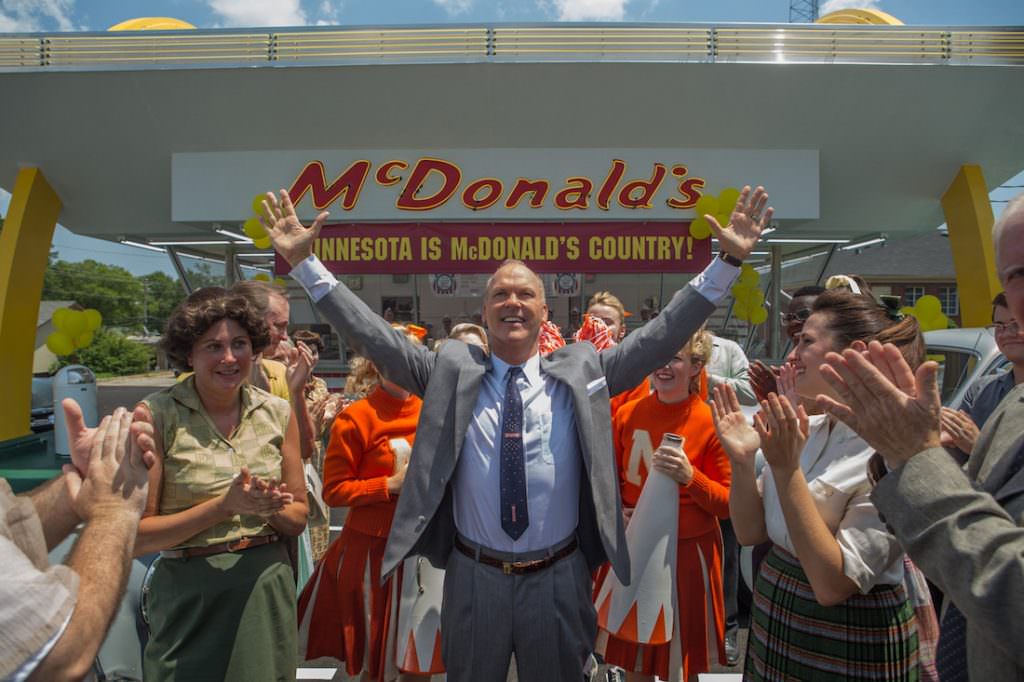 Micheal Keaton Dreams of Milkshakes in New The Founder Clips

While it might seem like McDonald's as been around since forever, and that the fast food chain's now iconic menu items, such as egg McMuffins and milkshakes were no-brainers, this isn't actually the case. As John Lee Hancock's The Founder makes clear, much of what has sustained the franchise's iron grip on Americans' guilty eating habits (and, now, much of the globes) was met with resistance and outright mockery to begin with. The film follows the story of how Ray Kroc (Michael Keaton) managed to buy a burger operation from the McDonald brothers and, through sheer force of will, turn it, and its' menu, into threads in the great American tapestry of instant gratification for a very low cost. Kroc was a struggling salesman from Illinois when he met Mac (John Carroll Lynch) and Dick McDonald (Nic Offerman), who were running a burger operation in 1950s Southern California that managed to turn out food nearly instantaneously. Kroc saw what the brothers didn't; a potential goldmine.

Written by Robert Siegel (The Wrestler), The Founder details how Kroc maneuvered himself into a position to be able to pull the company from the brothers and create a billion-dollar empire. As these new clips show, this was no smooth road to the gold at the end of those golden arches.

For example, when it came to menu innovations, the McDonald brothers thought Kroc was insane:

Kroc faced huge obstacles in not only wresting control from the burger joint's original owers, but then turning his dream into reality. For instance, setting up those individual franchises:

Even when things got moving, he still had to sell his workforce on the notion that what McDonalds really stood for was…family….also opportunity…and the American dream.