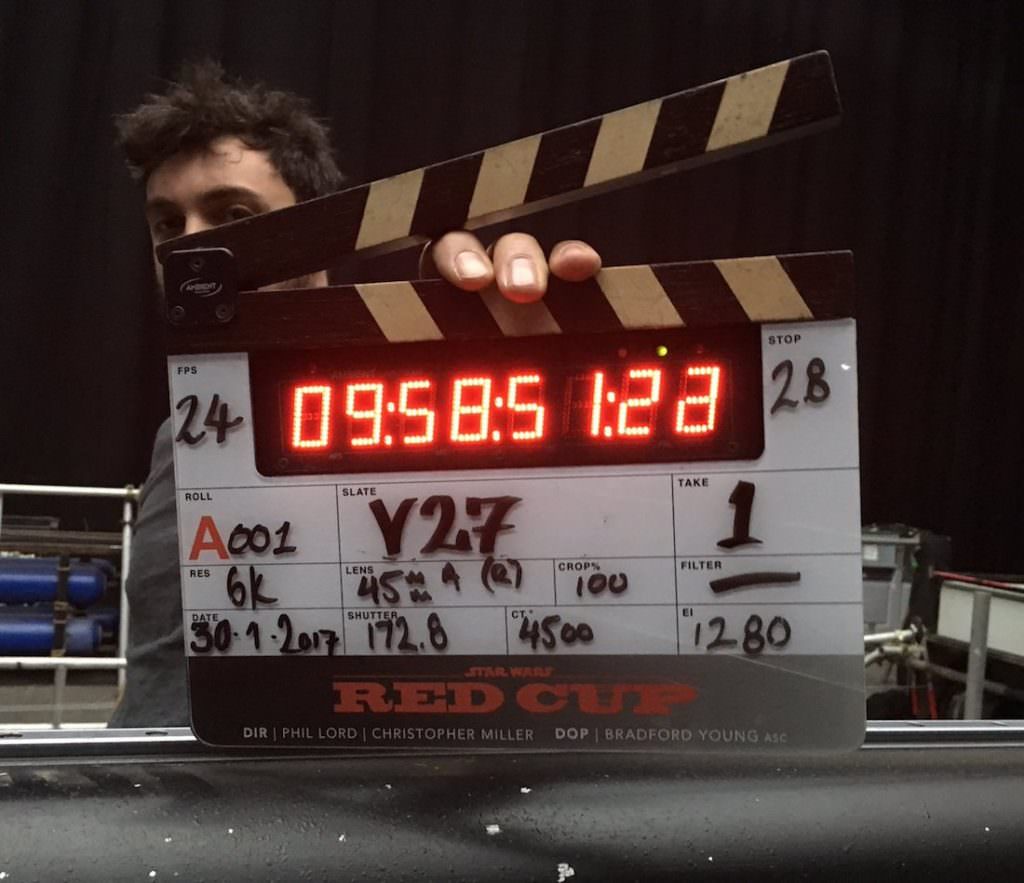 There are so many things to be excited about here. First, the big picture; the Han Solo standalone film has begun principal photography. The second thing to be excited about are the names you see on that clapboard—your directors, Phil Lord and Christopher Miller, and your cinematographer, Bradford Young. Young became the first African-American cinematographer to be nominated for an Academy Award for his work on Arrival, and the young DP's career continues to blossom.

Young spoke to Uproxx about what it was about the Han Solo project that got him so excited. Counter to what you might expect, Young needed to be convinced that the project was going in a direction he found interesting. Miller and Lord did that and more:

"Well, I’ll just say this: that they referenced the right films in the American film lexicon that really touched me in a real tender place. And they mentioned some films that I don’t think they knew I had such a really emotional attachment to – and there’s one in particular and I’m not going to give it up because it would just tell everything. But there’s one in particular that they mentioned in the referential landscape and that one really convinced me that these cats wanted to do something different. Because if you mention that film, it shows that you’re brave and that you want to really try to do something different. And so, as soon as they said that, I had to double check, like, “Are you sure? That? You know what they did?” And they’re like, “Yeah, that’s the film we want to make.” And I was like, Wow, these cats are brave."

While we're likely to not know what film Young's referring to until after the film is released, we can guess that it's either a heist film or a western. Why? Lucasiflm president Kathleen Kennedy has already hinted that the film will touch upon those genres. Here's what she said to Variety: “[Han Solo] moves closer to a heist or Western type feel. We’ve talked about [Frederic] Remington and those primary colors that are used in his paintings defining the look and feel of the film.”

What's more, the film was written by Lawrence Kasdan, the screenwriter behind The Empire Strikes Back, The Force Awakens and more, and his son, Jake. With filmmakers of this caliber, and a stellar principal cast of Alden Ehrenreich as Solo, Donald Glover as Lando Calrissian, and Emilia Clarke and Woody Harrelson in unspecified roles, you have every right to get your hopes up.