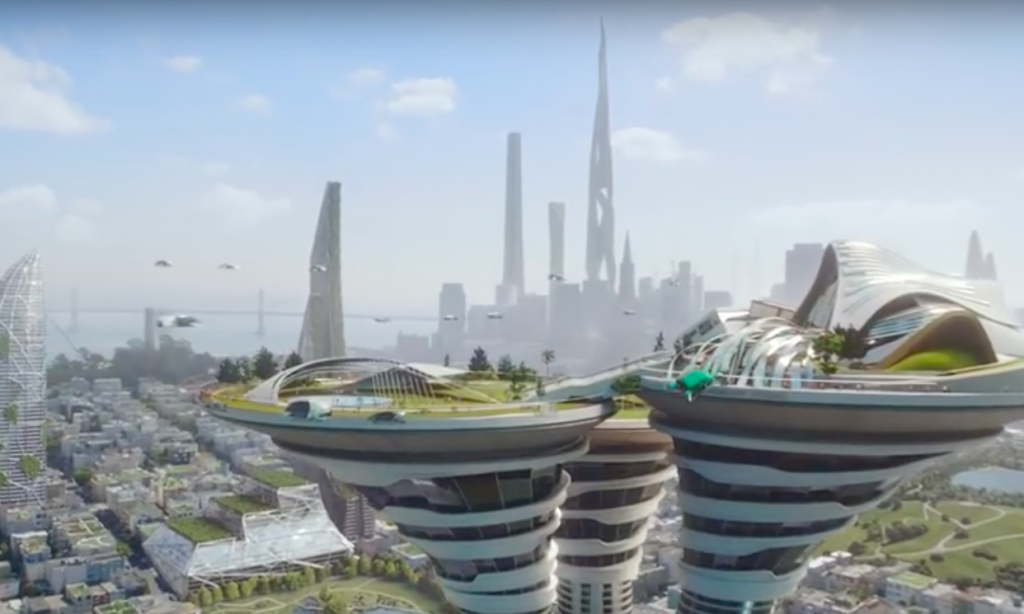 Like many of us, director Justin Lin grew up in thrall to The Jetsons. The iconic sci-fi cartoon series was launched in 1962, and depicted the world 100 years in the future. The show's impact can't really be overstated—from food in pill form to Rosie the Robot, from tablets to smart watches, from flying cars to holographs—when The Jetsons wasn't predicting the future, it was still creating indellible characters, technology and stories that have stuck with us.

Lin, who has already put his stamp on one legendary sci-fi show, Star Trek Beyond, was approached by the company Arconic to film a live-action commerical based on The Jetsons. The result is a snappy, surprisingly spot-on take on the cartoon (although George is a whole lot more suave here than his cartoon version was), which takes a very scientific approach to the technology the show depicted. The flying cars, the holographic conversations, and the futuristic cityscape are all rendered with a degree of believability without losing the whiz-bang appeal of the show.

The Jetsons not only predicted smart phones and tablets, but also, in a sense, drones. As Klaus Kleinfeld, Arconic's CEO and chairman points out, the flying cars in the show are essentially over-large drones. The flying car that Lin and his team created is based on the research that Arconic does in engineering and aviation, and, according to the company, might not be that far off.

Will cities of the future look like what's depicted in the below videos? Arconic sure thinks so, and what Lin has proved here is that the world is ready not only for the gadgets, smart buildings and flying cars from the show, but for a live-action Jetsons film as well.