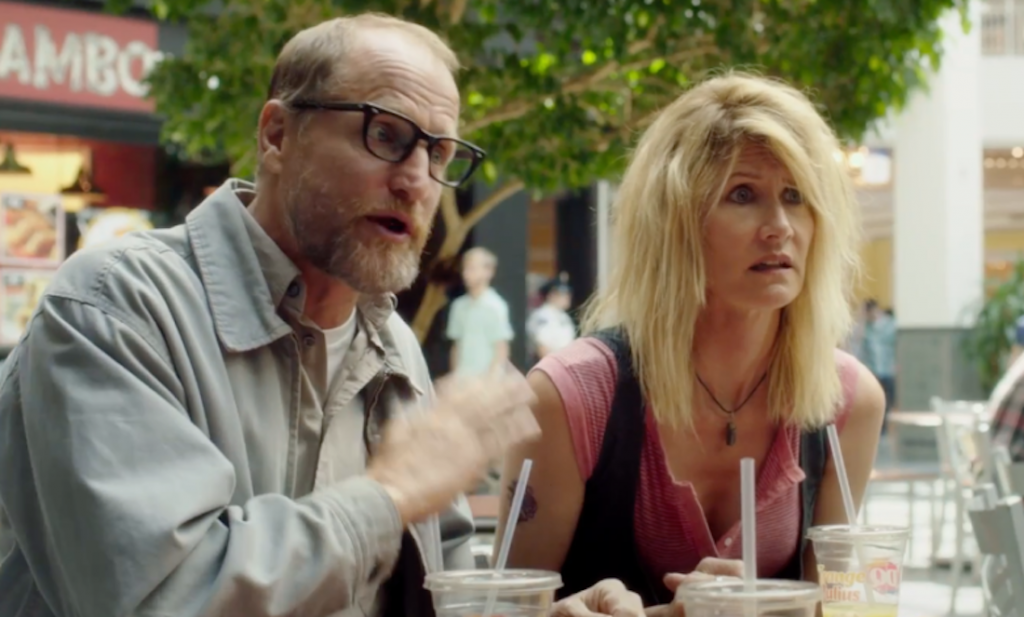 Daniel Clowes work has already generated one fantastic film, 2001's Ghost World, which followed two high school friends, the sardonic Enid (Thora Birch) and Rebecca (Scarlett Johansson) who deal with their pending graduation by involving themselves with the offbeat and much older Seymour (Steve Buscemi) and their mutual romantic fixation, Josh (Brad Renfro). It's a dry, daring coming-of-age-story that established Clowes as an artist whose work can be just as affecting on the big screen.

For fans of Clowes, the news that his graphic novel Wilson was not only slated for a big screen adaptation, but that he would be adapting his own work, was thrilling. It has been 16 long years since Ghost World, and like that film, Wilson arrives at a time of national unrest. What was even more heartening was the casting; Woody Harrelson in the titular role as the lonely and neurotic middle-aged misanthrope who finds out that his estranged wife, Pipi (Laura Dern) put a child up for adoption some 17 years ago—their child. Finding out he's a father injects Wilson with a newfound sense of possibility, and he sets out on a mission to connect with his daughter and, in essence, flash fry a family into existence.

The first trailer for the film has arrived, and, as we expected, Harrelson, Dern and Isabelle Amara, as their daugther Claire, shine. It'll be interesting to see how close the film hewes to the source material considering Clowes himself has penned the script. Needless to say, we'll be going to see it the moment it premieres.