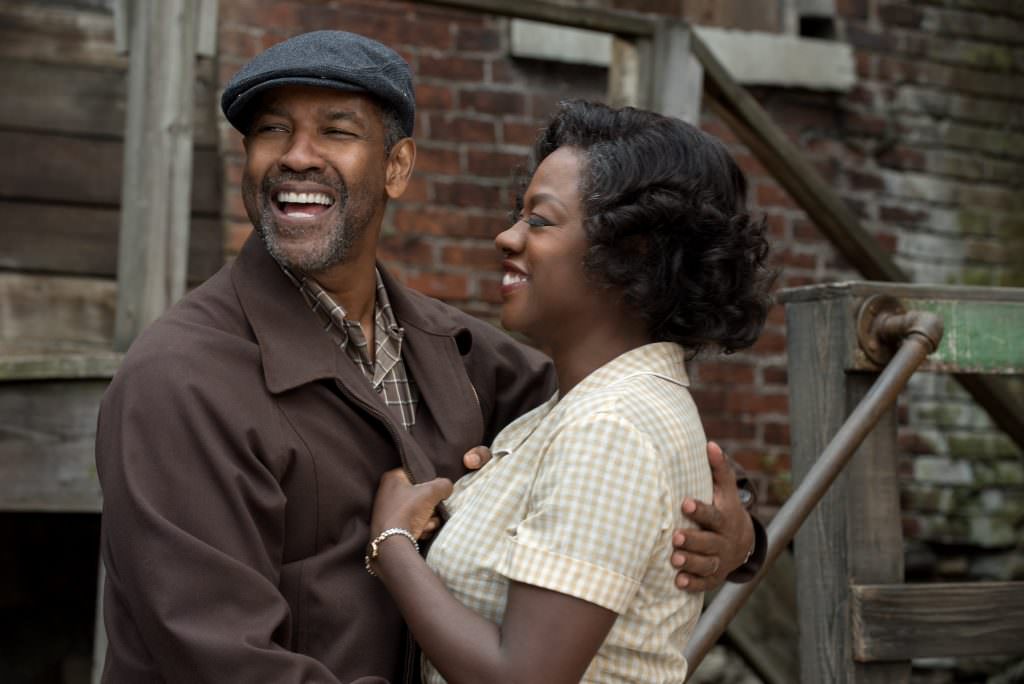 Fences: a Critical Smash and a Boon for PA Economy

When Denzel Washington set out to adapt August Wilson's brilliant 1985 play Fences for the big screen, he brought along his co-star from the 2010 Broadway revival, Viola Davis (they both won Tony's for their performances) and set his film where it had to be; Pittsburgh's Hill District. "Fences" was the sixth part of Wilson's ten-play "Pittsburgh Cycle," an epic undertaking in which Wilson explored the evolving African-American experience, examining many themes, including race relations. When Washington decided he would be directing the big screen adaptation, he was taking on a play that won the 1987 Pulitzer Prize for Drama and the 1987 Tony Award for Best Play. The result is one of the year's best films, described by the Village Voice's April Wolfe (in one of the many glowing reviews) as a film that "stands as an aching, lyrical, performance-driven masterpiece in its own right, a film so intense and engrossing that movie houses really should screen it with an intermission."

Washington stars as Troy Maxson, a former baseball star, who is now works as a garbage collector in 1950s Pittsburgh. As A.O. Scott of the New York Times writes, Maxson is "one of the world’s great talkers. He enters the screen on a tide of verbiage, jawing with his friend Bono (Stephen McKinley Henderson) and bantering with his wife, Rose (Viola Davis). The audience quickly grasps what Rose and Bono have known for years. Troy is by turns funny, provocative, inspiring and hurtful, but one thing he will never be as long as he draws breath is silent."

The tension arrises from Troy's attempts to squash his son's dream of playing college football. They're further exacerbated by the fact that everyone is always downstream of Troy's eviscerating, intoxicating personality.

Washington's artistic achievement (along with the entire cast, including Davis who is, once again, astonishing) is staggering, and what's making this picture even rosier is what the film has done for the region it’s set in. Paramount Pictures generated a considerable about of money for Pennsylvania’s local economy. According to new figures from the studio, Fences generated more than $9.4 million in local economic activity – hiring over 900 local workers, who took home more than $5.6 million in wages.

The film spent 146 days on location, including 54 days of shooting, primarily in Pittsburgh’s Hill District, with a significant portion of the production’s spending going toward a wide array of in-state businesses and industries, including: over $900,000 on local rentals and purchases for set decoration, production, and other supplies; nearly $700,000 on transportation, including truck and car rentals; over $380,000 on local catering and other food items for the cast and crew; over $360,000 on lodging; and over $100,000 on hardware and lumber supplies.

Individual Pennsylvanians benefited as the production spent over $5.6 million on hiring over 3,000 local employees for the production (extras, security, local production office personnel and more).

IATSE Local 489, which represents over 400 members, commended the production, saying, “Pennsylvania’s successful Film Tax Credit program has had a tremendous impact on our membership," says IATSE president Michael Matesic. "The past two years, we have added around 70 new members annually. We have grown our ranks by over 350 percent in the past 10 years. The continued growth in our industry has allowed our members to support their families and buy homes. We added an average of thirty new members to our growing ranks each year since its inception in 2007, which created a steady and stable income over the past nine years. Highly successful program for our members, 98% Pennsylvania residents.”

The film is an artistic revelation and a boon for the local economy—this is something even Troy Maxson wouldn't argue with.