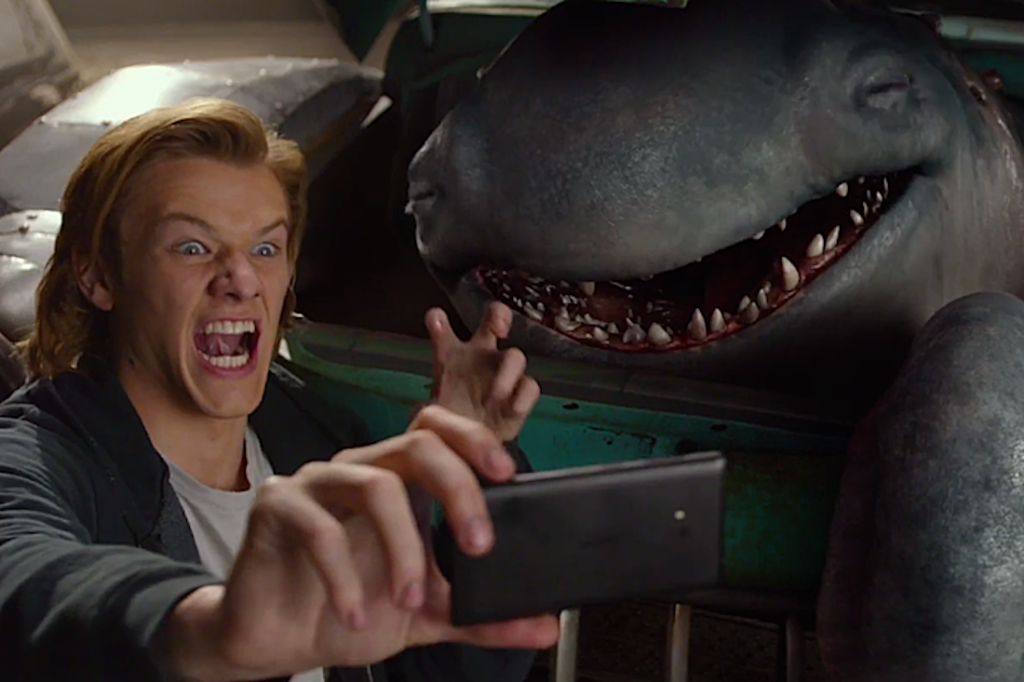 Director Chris Wedge on the Joys of Making Monster Trucks

Unlike Scrat, the nutty cartoon rodent who has shared his voice for nearly 15 years, Chris Wedge, 59, has claimed more than a few choice acorns throughout his career. He is the Academy Award-winning director of Bunny, a ground-breaking computer-animated short from 1999.  He co-founded  Blue Sky Studios, whose movies are distributed by 20th Century Fox. He directed the company’s first feature, 2002’s Oscar-nominated Ice Age, as well as 2005’s Robots and 2013’s Epic.

But on Jan. 13, he becomes the latest animation ace to try his luck in the live-action arena with the kid-oriented Monster Trucks. Such a move is not without risks. For every Brad Bird (The Incredibles, Ratatouille), who had a 2011 smash with Mission Impossible – Ghost Protocol, there has been more than a few who have gotten in over their heads.

While Paramount delayed the opening of Monster Trucks, which was initially slated for summer 2015, the good news is that is now hitting theaters during a three-day holiday weekend.  Wedge talks about his desire to switch to a live-action fantasy adventure, written by Derek Connolly of Jurassic World, and reveals his somewhat retro approach to the material involving a truck-obsessed high-school senior (Lucas Till of TV’s MacGyver reboot), the school brain who has a crush on him (Jane Levy of Don’t Breathe) and an oil-guzzling octopus-like beast named Creech, who acts as a high-powered motor under the hood of his pickup built from used parts.

When did you get the urge to try your hand at directing a feature film that combined live action and CG effects? And how did it happen that you became involved with Monster Trucks?

I had the desire for quite a while. After I finished Epic, which took a long time to reach the screen, I really want to try something different. I was pursued by Paramount to try this out. This project was something silly and fun, and they were on board with blowing out this fun thing. My friends advised that green lights don’t come around often and I hadn’t done a film with live actors since college, so I agreed.

Did you ever have much exposure to actual monster trucks?

No, but it didn’t disqualify me. What appealed to me was the pun in the concept. It was an idea so silly that it took me a little bit to find a take on it. But when I finally read the script, I thought, “Cool.”

Other animation directors have tried their hand at live-action, some successfully, others not so much.  What is the key to making this sort of switch work?

Animation takes longer but there is more control. The idea we went in with was usually more closely represented onscreen when we were done. But live action has more variables. The weather on location. Live actors who get sick or break their leg. But when I was done, I thought, “That was a lot of fun.” It was a three-month shoot, then weeks of post-production.

At a time when scientific facts and regulations to protect our environment are being called into question, this movie actually makes a good case for both to be respected and upheld. You even make a scientist one of the heroes.

When you go into something like this, you have no idea what the world will be like when it comes out. For some reason, the release was delayed even though it was ready in October 2015. The world was one way then, and is another way now. Basically, I just wanted to do something just plain fun and make no excuses. Like the kind of Amblin films like Gremlins and The Goonies, with tongue firmly planted in cheek.

Did your animation background come in handy?

I think it did. I thought, “Truck, kid, monster.” I want the truck to be a character and move like a character. We built an animatronic truck that was remote-controlled so it could lean over and pick its wheels up. We used that a bunch. There is also straight-ahead animated truck. I wanted it look like it had attitude and honored the physics of the world. It took a lot of analysis by the animators at MPC.

You also had to design these unique underwater creatures.

I wanted Creech to look and move like an octopus that has climbed out of the water and onto a deck. That is the way I pitched the creature to the studio. I saw one on YouTube that was caught on a fishing hook and hardly moved, a 6-footer that was mushy and malleable. Ours couldn’t move in the world but it would wear the truck like a super suit when it was in it.  It has a porpoise grin and flippers with mysterious little fingers on them that help to turn the axel. On some sets, there were people with green suits who would manipulate a bean bag version of the creature by pushing it to one side.

Did you come up with the name Creech? It sounds very Scrat-like. And how did you do the noises he makes?

We were wracking our brains. He had no name in the script and I wanted to give it one. There were a lot of bad ideas. One was Big Ugly, but that was a little too disparaging. I came up with Creech. And there were a lot of sounds used. Whales, bears, walruses and seals. Mostly marine mammals.

As you mentioned before, I do appreciate the retro charm of this movie. Besides recalling films like E.T. and Explorers, you also cast actors who originally broke out in the ‘80s and ‘90s, like Rob Lowe as a bad guy in charge of the town’s oil drilling operation and Danny Glover as a kindly junkyard owner. There also are some oldies on the soundtrack, like an instrumental version of Barracuda.

Those stories work because something mysterious is going on that the kids understand but the adults don’t. When we wanted to ground world with a backdrop, we went for a gritty oil boom town in North Dakota (actually, British Columbia) with the creature and action elevated against a background.

Probably the biggest vintage attraction that is worked into the story is the ‘80s computer game Simon, used by a scientist to test the intelligence of the creatures.  How did that come about?

Just by brainstorming. We had prop guys make elaborate machines but then one came up with this quicker solution. They found an old Simon that made the original sounds.

You also had stunt coordinator and second unit director Spiro Razatos, who has worked on Fast & Furious franchise and Captain America: Civil War. He also was part of the crew on such ‘80s films as Back to the Future and The Goonies. He obviously knows how to do car stunts. The best sequence is the one when Creech drives the truck up on the rooftops of the town’s Main Street and somehow he uses his tentacles to hover above a car in an alley way.

Spiro and his team have been together for 30 years. A huge part of the fun was doing a lot of vehicle stunts with live action and not animation. It was great watching how to flip trucks.

There are some sequences when Lucas is behind the wheel and Creech goes wild, causing all sorts of damage to other vehicles. But they never suffer any consequences, legal or otherwise, from the mayhem they unleash.

We tested the movie a number of times just to see what people would buy. At the beginning, it was supposed be scary with bodies flying when the oil rig blows up and the creatures escape from the water. Turns out people didn’t care if there were no ramifications. If you walk by a poster of a monster and truck with ticket in hand, you are probably ready to suspend disbelief.

Are you still at Blue Sky? Will you continue to make animated films? There is a lot more competition out there than when the first Ice Age came out.

I’m in my office right now. Animation is more popular than ever. Competition is not necessarily bad. It raises everybody’s game. It is still a good ride.

What is next for you?

I loved doing live action and I like this hybrid realm. Maybe I’ll  do a low-budget independent film. We will see how this does and whether the title sells. I hope people understand it and the concept isn’t too weird for them.