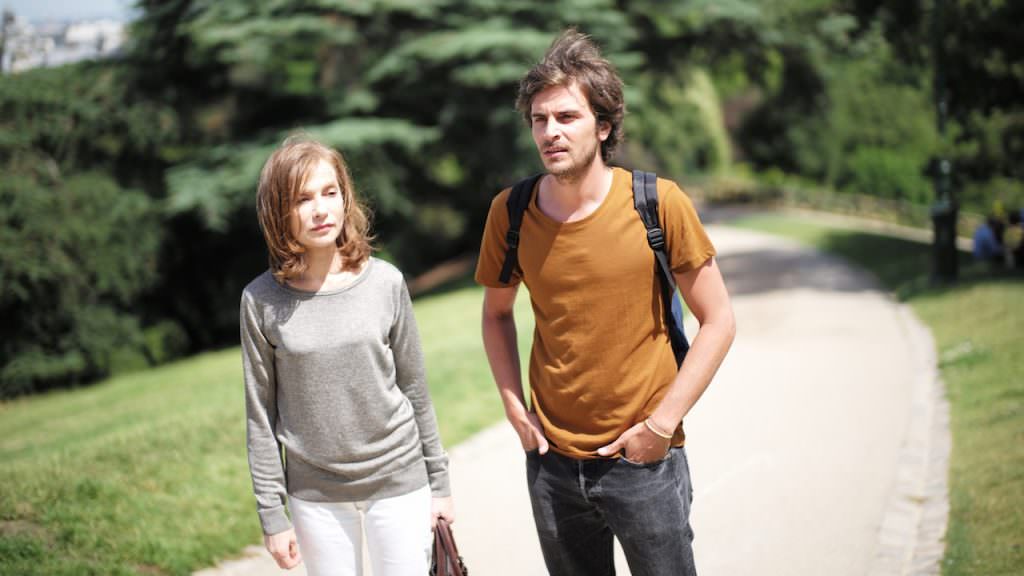 While Huppert’s audacious performance in Elle jut might earn the actress her first Oscar nod, it’s the delicate blend of youth and wisdom, melancholy and joy, in Things to Come that may be the better showcase for her ferocity and vulnerability. The film is the fifth and most accomplished feature yet from Hansen-Løve and it earned her the Silver Bear for best director at this year’s Berlin International Film Festival.

Huppert plays Nathalie, a philosophy professor in Paris, married for 25 years to fellow academic Heinz (André Marcon) and tending to grown children as well as her aging, demanding mother (Edith Scob). Her life begins to fall apart as Heinz leaves her for another woman; her mother is moved to a nursing home; and her publisher drops her, leaving Nathalie adrift. This becomes most evident when she travels to the French countryside to visit former student Fabien (Roman Kolinka) who lives communally with friends. There, Nathalie is both freer than she’s ever been and also lonely, out of place and searching for a new way to see herself.

One of the striking elements of the film is its subtle grasp of the gains and losses of life at middle-age; an understanding more impressive since Hansen-Løve is just 35-years-old. If her much-admired early films Goodbye, First Love and Eden are about youthful passions that fade with time, Things to Come is concerned with the necessity to let go, move on and create new memories.

“I’ve always been obsessed with the passing of time, almost to the point of a pathology, ever since I was young,” says Hansen-Løve in an interview at the 2016 Toronto International Film Festival. “Maybe that’s the one thing that connects all my films; they’re all about a lost paradise. When I wrote this film, I wasn’t aware of how close I felt to the character. I thought when I started it was pretty clearly a film about my mother, or at least inspired by her; a figure very different from me. I’m not a philosophy teacher; I didn’t face any of the difficulties Nathalie faces in the film. But all these difficulties moved me and scared me, so it became an identification not about me but someone I could become. In the editing, I progressively became aware of the fact that the void that Nathalie has to go through or accept is really something we all have to accept.

“It’s about not being scared of the void. Children are scared of the darkness and adults are scared of the void. It’s pretty much the same, somehow, but there is no way to live without … accepting that. There’s no way to escape it. Nathalie’s life at first is full of people and things and she gradually loses them and it is terrifying and at some point she finds she can fill the void with her interiority and be strong. It’s a different perspective on life.”

Even though Huppert played Hansen-Løve’s mother in the Olivier Assayas-directed Sentimental Destinies (2000), one of two films Hansen-Løve made as a young actress (“I have no reason to act and no one offers me parts anyway,” she says), she didn’t know Huppert very well when, 15 years later, she sent her Things to Come.

“To me, she’s the greatest actress in France but she also seemed the one person with the charisma, the authority and intellectual capability to play Nathalie,” says the director. “Besides this, I was looking for an innocence and vulnerability that we have not seen in her roles lately. That’s the one conversation we had before shooting and I did not have to explain it to her; she got all the nuances immediately. … But I told her this idea: don’t be bitter, hard, mean, sarcastic, that’s not the tone of the character. I am interested in creating a Nathalie who stays open in her relationship to the world. It gave the character a singularity.”

Huppert, 63, is having a banner year in her already peerless career. She’s made more than 100 films since the early 1970s, working in every genre and in collaboration with a dazzling array of major international directors from Michael Haneke in The Piano Teacher to Michael Cimino in Heaven’s Gate. Hansen-Løve says any intimidation she felt about directing Huppert vanished once they set to work. “Her career is a work of art to me; the way she’s picked filmmakers from all over the world,” says Hansen-Løve. “If I thought about that, I would be petrified. But she never uses that; when she’s acting, she is one hundred percent in the part and in the present. When she chooses to work with a director, she trusts you completely; nothing else matters. That’s a high level of responsibility.”

Director and star found a chemistry and a balance in this story about the graceful acceptance of life’s difficulties. “She is so young in spirit,” Hansen-Løve says. “I think I’m older than my age and she is younger than her age.”