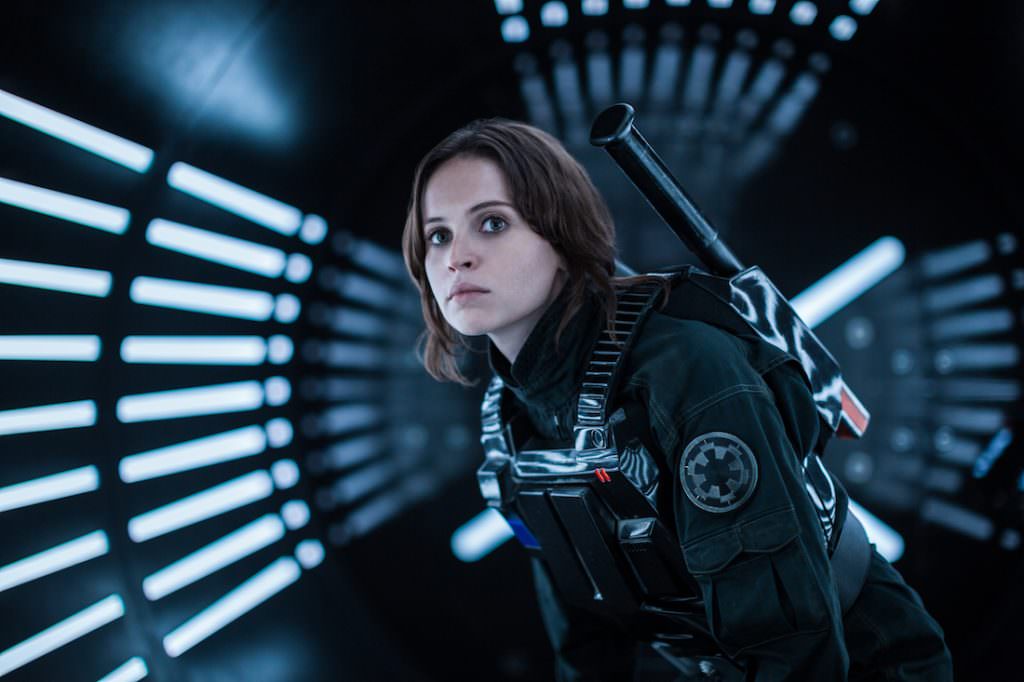 Why Jyn Erso is Going to Make Rogue One Great

You’re well aware that Rogue One: A Star Wars Story comes out in just two weeks on December 16. This means we’re within that promotional window where we’ll see a final flurry of teasers, and promos. Just as we warned before The Force Awakens, you’ll need to decide for yourself if there’s a point you want to stop taking in new information, or, if you’re like us and can’t help but absorb every new image and sequence.

Director Gareth Edwards‘ non-saga film, starring Felicity Jones as Jyn Erso, a rebel who heads up a team to steal the Death Star plans in events that take place right before the start of the original 1977 Star Wars film, is essentially a war picture. That's how Edwards envisioned it when he was signed on, and, despite some reshoots and tweaking (common for any film of this size and with this much at stake), that's the frame within which to view it. The Empire is building a weapon of war, one that factors into the original trilogy to come, and Erso and her crew essentially stage a heist in order to stop them, and end up fighting a war of their own.

Joining Jones’ Jyn Erso as her number two is Diego Luna’s Captain Cassian Andor, and he brings along a re-programmed droid, K-250, played by Alan Tudyk in a motion-capture performance, who was originally in the employ of the Empire. What we've seen thus far of Jyn in teasers like the below are exciting. She's now the second female Star Wars protagonist in a row, since Daisy Ridley's Rey in The Force Awakens, to be tougher than her male counterparts. We've also seen a lot of claustrophobic fighting in tight spaces that speaks to Edwards' desire to film Rogue One with a touch of Black Hawk Down-level intensity. Finally, we've seen the chemistry between Jones, Luna and Tudyk's droid, which feels to us like a clever update (even though it takes place before the events in the original) of Leia, Han and C-3P0's bond in that film.

Rogue One opens on December 16.