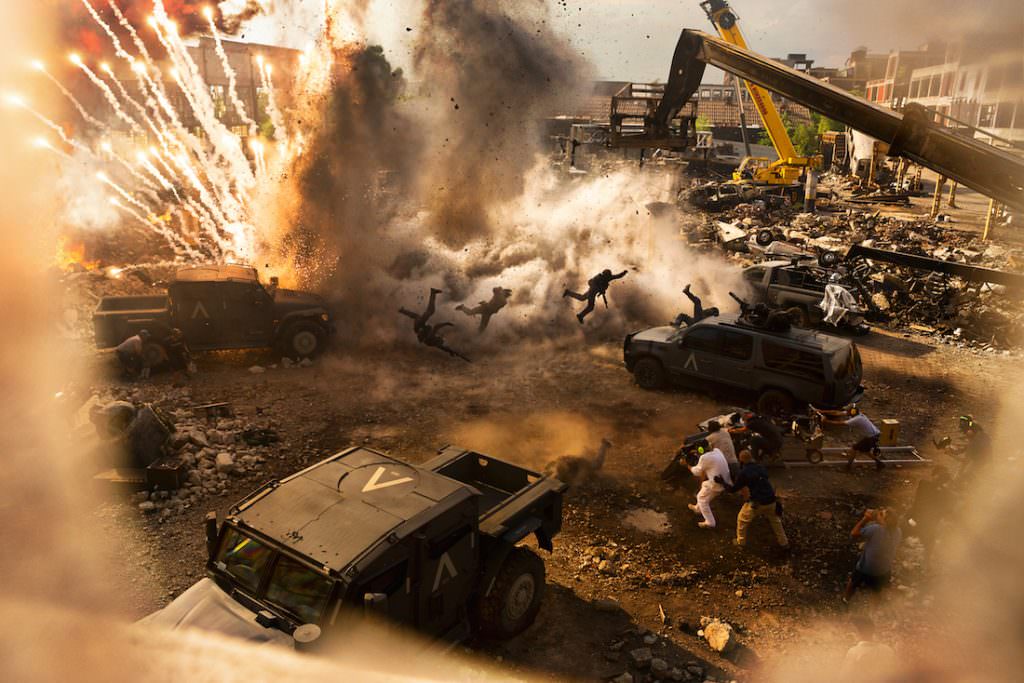 Transformers: The Last Knight is taking a page from Westworld’s book and placing the gravitas machine himself, Anthony Hopkins, in the middle of the action. Michael Bay, never one to skimp on, well, anything, is also introducing an adorable new Autobot in the form of Squeeks, a little Vespa Transformer. Mark Wahlberg returns as Cade Yeager, a genius inventor who can build just about anything.

The film picks up where Age of Extinction left off, with the noble Optimus Prime heading out into space with the Seed in order to face the Creators once and for all. What we know about The Last Knight is that it will explore the mythology of the sentient Transformers, and get to the bottom of how they were created. Somehow, the Transformer’s history aligns with ours, hence the inclusion of King Arthur and his knights.

Things are bleak on Earth, however. The Transformers Reaction Force is obliterating what’s left of our robot friends. The Reaction Force is led by Santos (Santiago Cabrera) and Lennox (Josh Duhamel), and one of the people they’re hunting down is Cade Yeager. While Yeager’s on the run, he’ll meet up with Izabella (Isabela Moner) and Vivian (Laura Haddock).