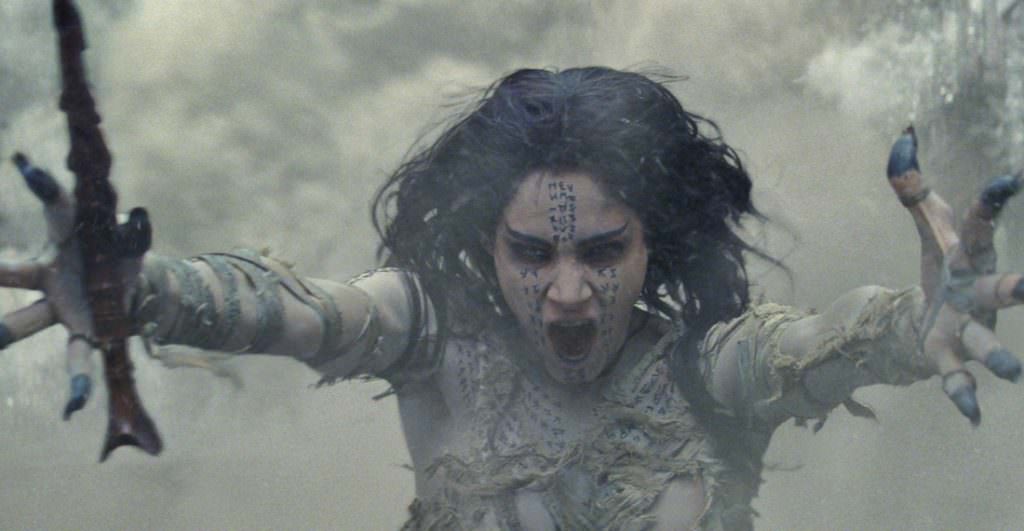 As we told you last Thursday, Universal Pictures is well under way announced in a multi-film effort of rebooting some of their classic monsters in a brand new shared cinematic universe. The studio boasts some of the most iconic monsters in film history, and they've already got an incredible list of actors portraying them. For Frankestein's Monster, it'll be Javier Bardem. For the Invisible Man, you've got Johnny Depp. You'll also be seeing films about Count Dracula, the Wolf Man, Van Helsing, the Creature from the Black Lagoon, and the Bride of Frankenstein.

For The Mummy, the titular villain is played by the great Sofia Boutella, a rising star in her own right who has now nearly walked away with two ensemble films—Kingsman: The Secret Service and Star Trek Beyond. Here Boutella plays an ancient princess who was thought to be safely entombed in a tomb deep beneath the desert, but who comes roaring back to life to avenge having her life, and her destiny, cut short. As the press release states, "her malevolence grown over millennia and terrors that defy human comprehension." The film is directed by Alex Kurtzman and with a script by sci-fi expert Jon Spaiths.

Fighting on behalf of the living is none other than Tom Cruise, who looks to die in Universal's first official The Mummy trailer, one that has lots of people very excited by just how intense it is.

Russell Crowe plays none other than Dr. Jekyll, a character we're pretty sure will be walking in and out of a lot of Universal's Gods and Monsters films. Joining Crowe, Cruise and Boutella are joined by a cast including Annabelle Wallis (upcoming King Arthur, Peaky Blinders), Jake Johnson (Jurassic World), and Courtney B. Vance (American Crime Story: The People V. O.J. Simpson)..

And go behind-the-scenes here in this featurette and watch how director Alex Kurtzman and the film's stars want to bring back the chills of those early monster movies. That includes shooting on location all across the globe, setting the story in modern day, filming in a zero gravity plane, and, finally, giving the film's monster a story that makes you, despite yourself, feel some empathy for her.