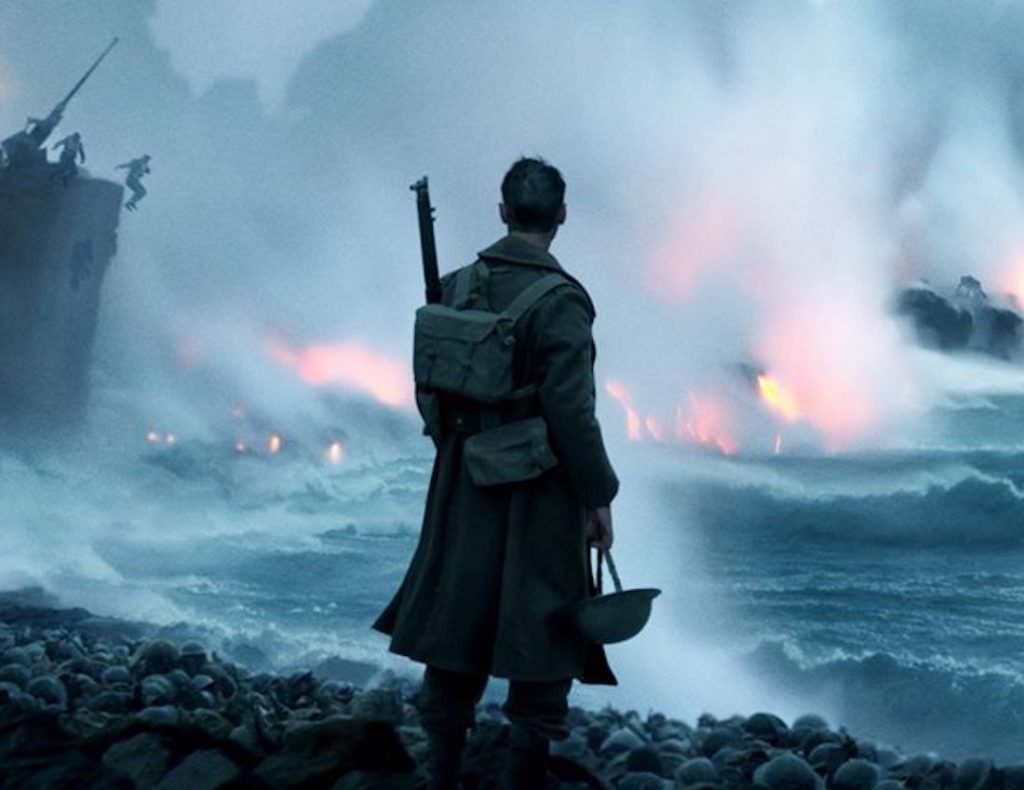 Director Christopher Nolan has carved out a career for himself that, even at the tender age of 46, reminds one of Steven Spielberg. Nolan's films are simultaneously personal and hugely ambitious (Memento, Inception, Interstellar), which he's paired along side blockbuster popcorn movies (albeit ones with complexity and heft) like his Batman trilogy, with The Dark Knight functioning, for us,  as the best film of the bunch.

When word spread that Nolan would be working on a film rooted in history, specifically one of the most crucial moments during World War II, we were intrigued. Dunkirk is a World War II thriller that focuses not only some heoric victory, but on the evacuation of Allied troops from the French city of Dunkirk before Nazi forces could take hold and, likely, make the war unwinnable for the Allies. If anyone can match Spielberg's astonishing, brutal depiction of D-Day in Saving Private Ryan, it would have to be Nolan. And now, we get our first look at how he and his team have visualized a moment during the war where the Nazis were on the brink of victory and the director's home country of Britain began discussing a conditional surrender to Germany. The successful evacuation of 33,000 soldiers from Dunkirk was a pivotal turning point in the war, one ripe for cinematic treatment from one of our most ambitious directors.

The first trailer from Warner Bros. shows that German forces weren't just interested in making Dunkirk a graveyard for Allied forces—they also wanted them to know it was coming.

Nolan has re-teamed with Tom Hardy (The Dark Knight Rises, Inception), with Kenneth Branagh and Spielberg's go-to guy, Mark Rylance, also on board. Interstellar cinematographer Hoyte van Hoytema returns, as does Nolan's favorite composer, Hans Zimmer, is back to provide the score. The film's slated for a July 21, 2017 premiere.