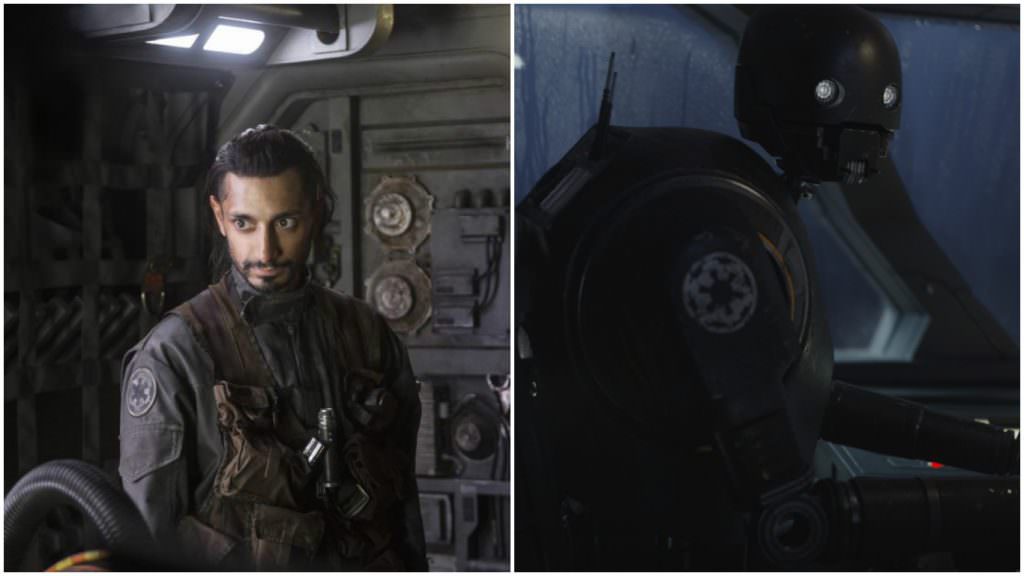 Yesterday we shared this video interview with Rogue One: A Star Wars Story Donnie Yen and Diego Luna, and learned how these two global stars have a ton of Star Wars fans in their respective home countries of China and Mexico. Yen and Luna play a blind Jedi follower Chirrut Imwe and a rebel Spy Cassian Andor respectively, two important figures fighting alongside Jyn Erso (Felicity Jones) to steal the Death Star plans.

Today, a new video interview by ComingSoon.net with two more members of the rebel team has been released online, Alan Tudyk, who plays the droid K-2S0 and Riz Ahmed, who plays Bodhi Rook, an Imperial cargo pilot who defects to the rebel side.

Tudyk has long been a player in the sci-fi genre, best known for his role on the TV series Firefly, as well as voicing animated characters in the massive hits Frozen, Wreck-It Ralph, and Moana. As K-2SO a 7-foot tall reprogrammed Imperial droid, Tudyk had to don a performane-capture suit for the role. Unlike adorable droids R2-D2 and BB-8, K-2S0 is decidedly uncuddly, and unlike C-3P0, he's not terribly keen on taking commands from humans.

As Bodhi Rook. Ahmed finishes out a banner run of prestige films and TV projects. He played the guillible, doomed colleague to Jake Gyllenhaal in Nightcrawler and has received a SAG Award nomination for his incredible turn in HBO's The Night Of. Naturally no role will be bigger than playing Bodhi Rook in Rogue One, a character who sets the film's events into motion.

The two stars discuss their roles, life on the set of a Star Wars film and more.