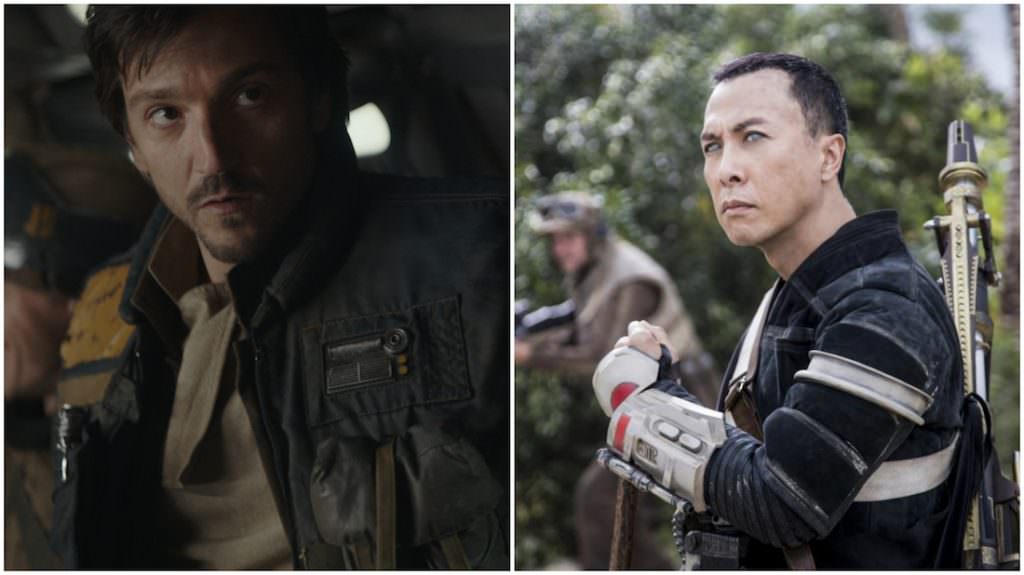 Rogue One: A Star Wars Story stars Diego Luna and Donnie Yen are major players in director Gareth Edwards upcoming stand-alone Star Wars film. (Have you heard? It comes out this Friday, December 16!)

Luna plays Cassian Andor, a crack rebel pilot who is so effective partly because he's in touch with a darker side of himself. This is what helps him take on some of the most difficult missions for the Rebellion, made a little bit more doable thanks to his trusty sidekick, the hulking droid K-2S0, played by Alan Tudyk in a motion-capture performnace. Luna's a massive star in his home country of Mexico, and after his turn in Rogue One, those who don't know him here will by this weekend.

And Yen is also a huge, huge draw in China, where he's one of the most beloved action stars in the business. Here he stars as Chirrut Imwe, a follower of the Jedi philosophy on a world under Imperial rule, a man who is so skilled that he's still a major threat to the Empire despite the fact he's blind. Yen is a Wing Chun martial arts master, which he uses to his advantage in his biggest role in an American film yet.

Now you can hear the two actors talk about what it was like joining the most beloved film franchise in American cinematic history in this nearly 8 minute long video interview published by the gang at ComingSoon.net. If you think Americans have the market cornered on Star Wars love, let Luna and Yen explain just how global the love is.