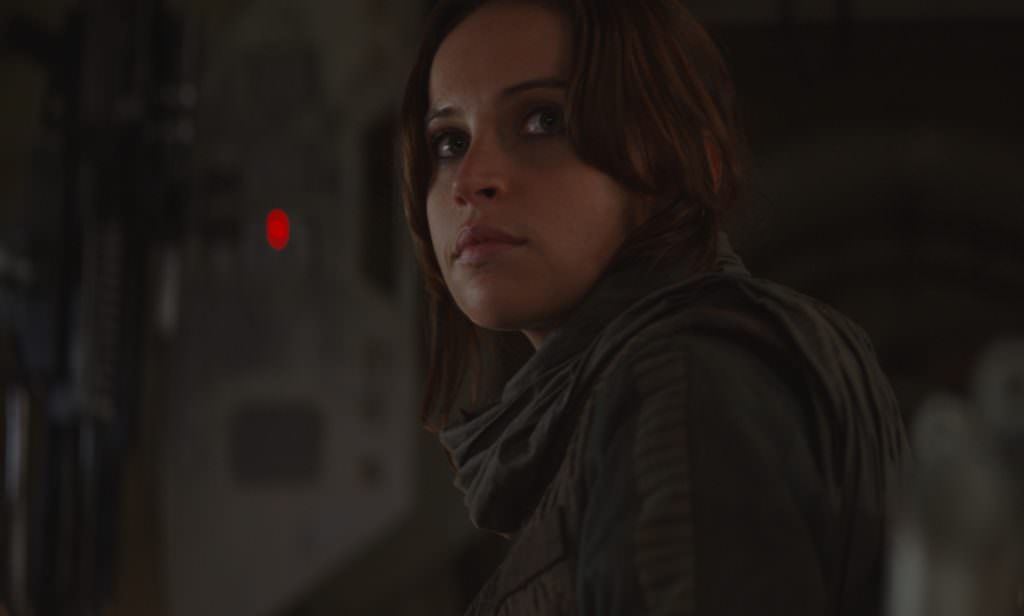 As we rapidly approach the December 16 premiere date for Rogue One: A Star Wars Story,  Lucasfilm and Walt Disney Studios are giving us a final flurry of glimpses at director Gareth Edwards non-saga Star Wars film, the first of its' kind.

By now you're aware the story involves the heist of the Death Star plans, the very event that's mentioned in the scrolling text that kicks off the first film in the franchise, Star Wars Episode IV: A New Hope (1977). You're aware those rebels are led by Jyn Erso (Felicity Jones), but how much do you really know about Jyn thus far? We've seen that she's separated from her father, Galen (Mads Mikkelsen), whose recruited by the Empire to help them build the Death Star. We've seen that she's good in a fight.

She's recruited by the rebellion not because she's easy, but because she's difficult. What's been so refreshing as of late is seeing women take center stage in the Star Wars universe; first, with Daisy Ridley's Rey, an orphan with some very serious abiliites, and now with Jones as Jyn Erso, a very different kind of heroine. In the below videos, you'll get a better sense of exactly what Jones and Gareth Edwards were up to when they were creating this character, one whose a bit older and tougher than Rey, but who like Rey is connected to the larger events in the galaxy in ways she's just becoming aware.