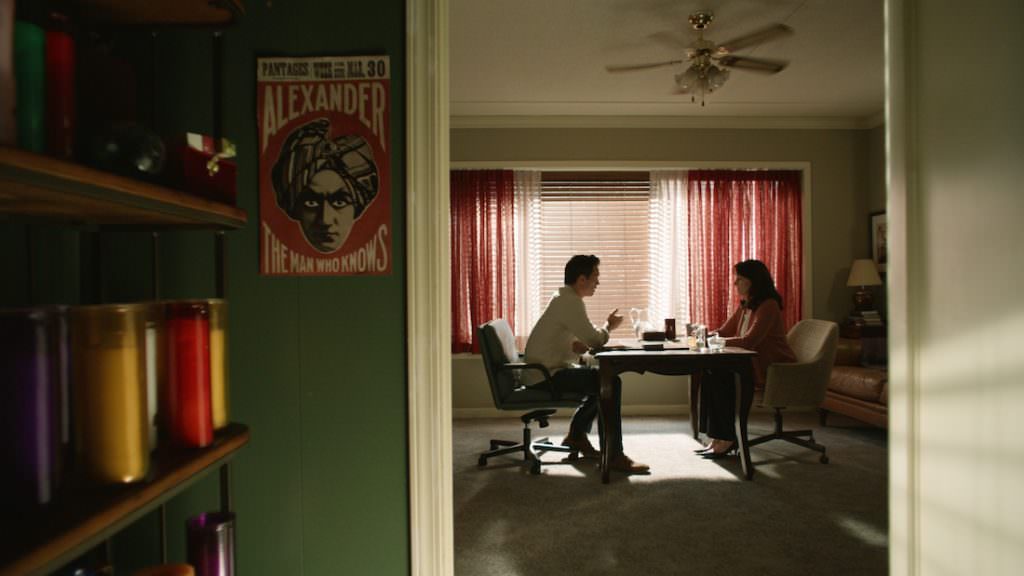 We spoke with Reed about transforming Vancouver into Los Angeles, drawing inspiration from southern California artists, using his architecture experience on set, and more.

What is Shut Eye about?

I would call it a cross between Breaking Bad and some gangster show. It’s about the world of psychics in Los Angeles. Believe it or not, there is a gigantic world out there. It’s everywhere. When we were shooting in Vancouver, we were building a psych shop on one of the streets in Mount Pleasant. Literally some people came down and said, “Hey, you’re not making a new psychic shop are you?” They’re all controlled by certain families. If we were invading someone’s territory, we were going to be in a lot of trouble. [Shut Eye] is sort of a black comedy that’s telling a story of good and evil, some history and maybe some of the Americanized gypsy culture mixing in with this gangster world. On top of that, it’s set in southern California so we’re mixing in the sun and the palm trees and swimming pools.

You filmed a show about Los Angeles in Canada?

I know this is crazy, but we filmed it in Vancouver. It was a lot of work to try to get Vancouver to look like LA, especially on not sunny days. The way we did it was by emphasizing certain colors and looking for certain iconic, almost cultural kind of motifs that we could stick with. Hence the palm trees and swimming pools wherever we could. Not a lot of Hollywood, but a San Fernando Valley kind of look. 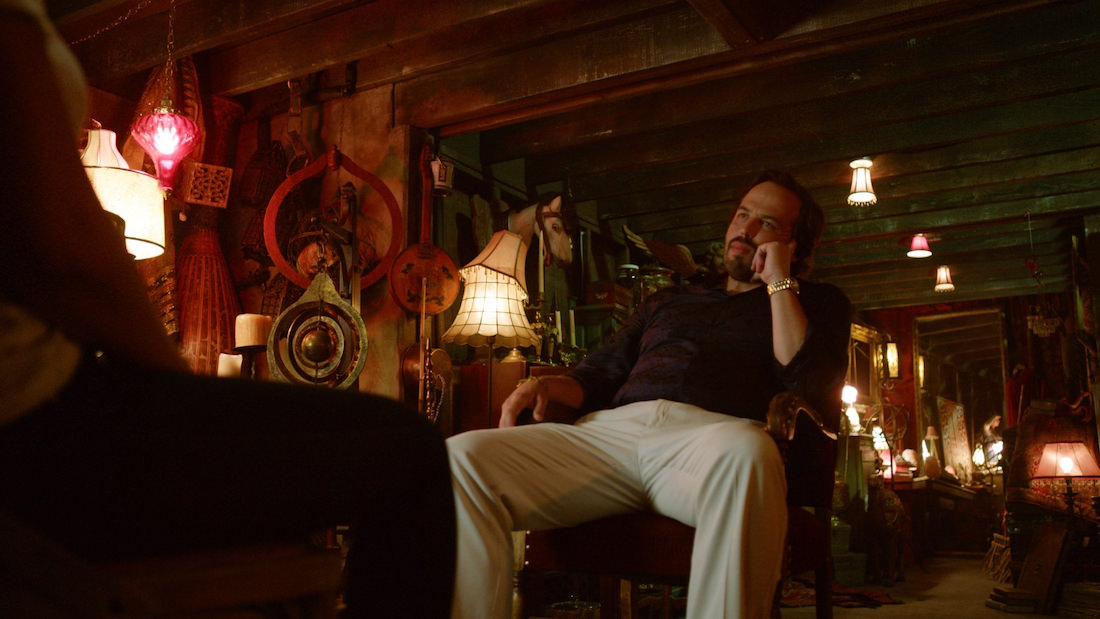 How did you pull that off?

If we were going to do a scene where we were in Koreatown, we don’t really have much of a big Korean community up in Vancouver.  We did find a place and then would build a few practical things that were Korean like signage. But then we would add a whole second layer for the visual effects people of Korean signage, and palm trees layered in and blue sky behind it.

Where did you draw inspiration to give the show a southern California feel?

For me, the best thing to do is looking for artists. So we’re using maybe David Hockney’s painting The Splash as an icon with the colors and things and we’re using that as a background. Then we’d get famous artists here in Los Angeles that do graffiti murals like El Mac. Some of our exteriors, I’d try to get a hispanic mural in or set a scene in a taco truck. We just tried to do as best we could to blend it all, get as much as we could in of southern California influence. 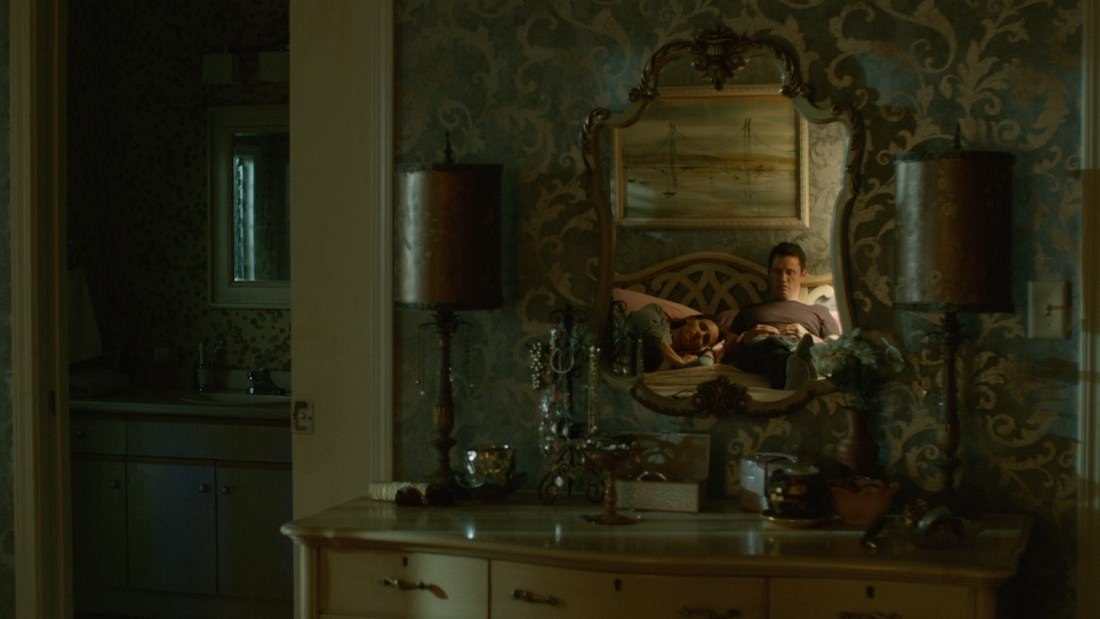 What is your typical design process on a show? Do you start by drawing it out?

It depends on the show, but I do start with pen and paper. I’m a very collaborative designer. I really believe in getting a talented group of people together and working together to make something happen. I say the first place to start is with the ideas and discussions that come from the directors and producers and the DP to just get a real sense of what we’re all looking for together. Then I would sketch things out and find references and research. On Shut Eye, we really went for southern California artists and photography. We really gather a lot of reference and a lot of research and that gets blended into a digital model or a digital painting where we try to pre-visualize as best as possibly what it is we’re going to deliver to the production.

How does your experience as an architect influence your work?

Probably on a couple of different levels. Obviously I love to draw and sketch. I take things a little literally. For instance, we had to make an attic for Jeffrey Donovan’s character. I was super into making a really cool architectural space with tall pointy ceilings and all sorts of different gables running into each other. I try very hard to always make a cool architectural space. That goes for working on The Expanse and building future spaceships. That goes for Salem and building things from the past.

What was it like working within the DC Universe on Supergirl?

We were very specific to the needs of Supergirl and the script. Her home back on Krypton because we did lots of flashbacks or the fortress of solitude. While we might crossover once in a while, we had a lot of latitude to try to figure that stuff out. There was a DC Comics consultant that we could go to, but we had so much reference and we were not at all being asked to repeat something that we saw in some other Supergirl or DC Comics reference. Our version of Indigo, for example, was different than other versions. We would put every single version of Indigo on the wall and then we would say, “We’re going to make her look like this and put her in her own environment and she’ll have her own powers maybe slightly different than others.”

How is the design process different between a realistic show like Shut Eye and a fantasy like Supergirl?

Shut Eye is very script driven. We really want to figure out what is going on between our characters. There’s a dry humor, maybe a black humor, to how we set everything up. We really want to serve an adequate background for the characters. For instance, one of the characters’ relative had died and it was set at a wake. We did all of this fun stuff with the way a gypsy culture would create a framed photo of the person that was deceased and it was all framed in flowers. They might even create a framed icon of something that was very important to then, which in this case was a pack of cigarettes, so we made a big giant pack of Marlboro’s out of flowers. Whereas in Supergirl, when we have to build Fortress of Solitude, we know we have to tie into a legacy of something big and monumental. We’re looking to soar and create something really great all on our own that’s going to hold up and serve the purpose of Supergirl. Sci-fi allows you to go beyond the script and extend things architecturally and visually.

What is your favorite set you have designed?

I worked on Cosmos, and I know this sounds crazy, but the Library of Alexandria was one of those really unique times where I got to research and really try to learn what the Library of Alexandria from ancient Egypt really was. There’s so little information that it really allowed us to design and create something monumental. Because we did so much of that work with visual effects, we actually got this really special opportunity to have Neil deGrasse Tyson in this million square foot building from ancient times. He was walking through the building, pulling a scroll out of the library wall and interacting with things, but it’s all a virtual set except for a few pieces that we built. It’s sort of this amazing collaboration with the cinematographer and visual effects people to have Neil walking through this set that we never would have built, but it got built digitally. It was really special.