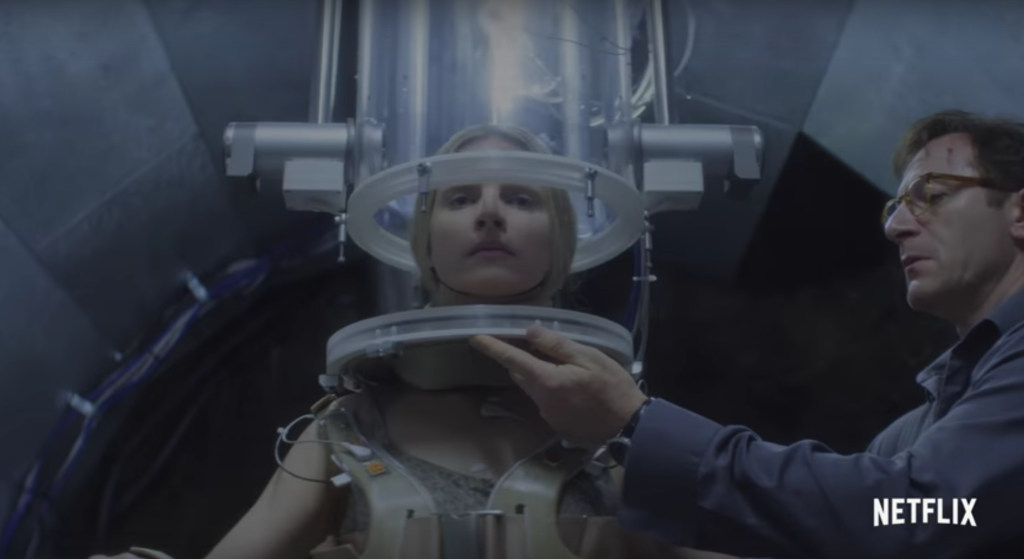 Netflix Drops Trailer for Their Mysterious Thriller The OA Trailer

You have to hand it to Netflix—they are not timid when it comes to keeping their cards very, very close to their chest. The streaming service has just surprised us again with the trailer for a new, totally mysterious original show we didn't know existed, OA, a thriller starring Brit Marling (she's great in just about everything she does), which will be released this Friday, December 16. If you're keeping count, that means Netflix is letting the world know about the show a mere four days before its premiere.

The OA is yet another project that Marling created with her writing partner, the director Zal Batmanglij. They've explored a modern-day cult in the gem Sound of My Voice and an underground anarchist group spoiling for a fight in The East. Both of these features proved that Marling and Batmanglij are interested in psychologically complex mysteries, and with The OA, they get to explore their story over the course of eight hours, plenty of time to flex their narrative muscles.

The OA follows a missing blind girl, Prairie Johnson (Marling), who disappears for seven years, only to return home with her sight restored. What's more, Prairie won't tell her parents or the FBI what happened— instead she turns to a high school algebra teacher and a group of teenagers, who she recruits for a potentially dangerous mission.

Joining Marling are Phyllis Smith (The Office), Emory Cohen (Brooklyn), Scott Wilson (The Walking Dead) and Jason Isaacs (Harry Potter). The producers are a who's who of big timers; Brad Pitt, Dede Gardner, Jeremy Kleiner and Sarah Esberg of Plan B Entertainment, along with Marling, Batmanglij and Anonymous Content’s Michael Sugar (True Detective).

Get your weird on this Friday.