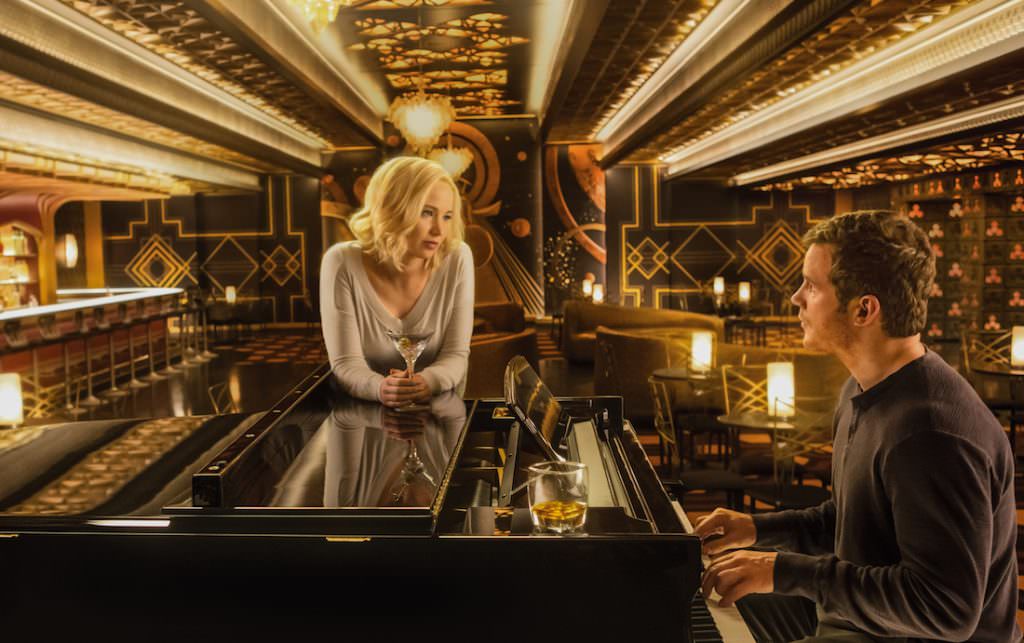 How Star Wars‘ Editor Prepared Passengers for Lift Off

Oscar-nominated editor Maryann Brandon came straight off Star Wars: The Force Awakens to prepare Passengers for lift off. A frequent J.J. Abrams collaborator — she also edited his Star Trek Into Darkness — Brandon has became Hollywood’s go-to editor for big space epics in part because she brings an exacting eye to action sequences. Her mantra: Make sure the audience understands what’s happening.

"I don’t just cut for the sake of spectacle, ever," Brandon says. "I always, always cut for clarity. It’s really important to understand why someone’s fighting, where they’re coming from, where they’re going to. And I make sure to place the danger in there so you know when to feel scared for a character. That's a big deal for me because I lot of times I'll go to a movie I'll lean over to my husband and say 'What? I don’t get it!'"

To make sure audiences "got" Passengers, including its controversial third-act twist, director Morten Tyldum recruited Brandon to assemble daily footage in Los Angeles while he filmed Jennifer Lawrence and Chris Pratt on an Atlanta soundstage portraying intergalactic space travelers. "One of big challenges with a movie like Passengers is the use of green screen," Brandon says. "There's a lot of action, but the dailies didn't have visual effects yet so what I got was people in space suits looking left, looking right. I’d show scenes to people and they'd be confused: 'Oh they’re over-acting!' and I’d be like 'No you don’t understand: You’re not seeing it now but there's going to be a giant fireball over there!"

From the comfort of her editing suite, Brandon enjoyed rare perspective as she helped cherry picked the stars' best performances. "Jennifer and Chris have very different methods of acting," Brandon explains. "First of all, Chris is hilarious so he did a lot of takes that were funny and edgy, but then he’d go dark. He'd try a bunch of different approaches. Sometimes he’d break (character) and say 'No no this isn’t where I want to be.' Other times, the minute I saw something I just knew 'That’s the take. That’s the guy, that's Jim Preston on board the Avalon. You could feel Chris honing his performance as the shoot went on."

By contrast, Lawrence demonstrated an almost preternatural ability to snap in and out of her fully formed "Aurora" character." Already self-assured at age seventeen, when she starred in her first film Winter's Bone, Lawrence blew Brandon away by delivering high intensity performance at the drop of a dime. "Jennifer's like a savant," says Brandon. "I'd watch her do some incredibly emotional scene, then I hear 'Cut' and she says  'Okay, what do you want me to do next?'" recalls Brandon, mimicking the actress in matter-of-fact mode. "I'm watching this on the monitor thinking, 'Wait, how can you be this person and then suddenly talk like that? It’s crazy."

As she sifted through footage, Brandon noticed that Lawrence voiced plenty of her own ideas in between takes. "Jennifer definitely had an opinion about who Aurora is," the editor recalls. "There were times where she’d say, 'Aurora wouldn’t do that.' To his credit, Morten's a real actor's director and he made both Jennifer and Chris dig really deep."

Completing the edit with Tyldum after shooting wrapped, Brandon took pains to blend high concept settings with the human story at the heart of the journey. "Even though Passengers is this huge space movie, it’s also an intimate story," she says. "My approach is always to make sure the emotions drive the editing. As long as people relate to the relationships, as long as they understand the characters' fragilities and choices, then the rest of the movie will fall into place."