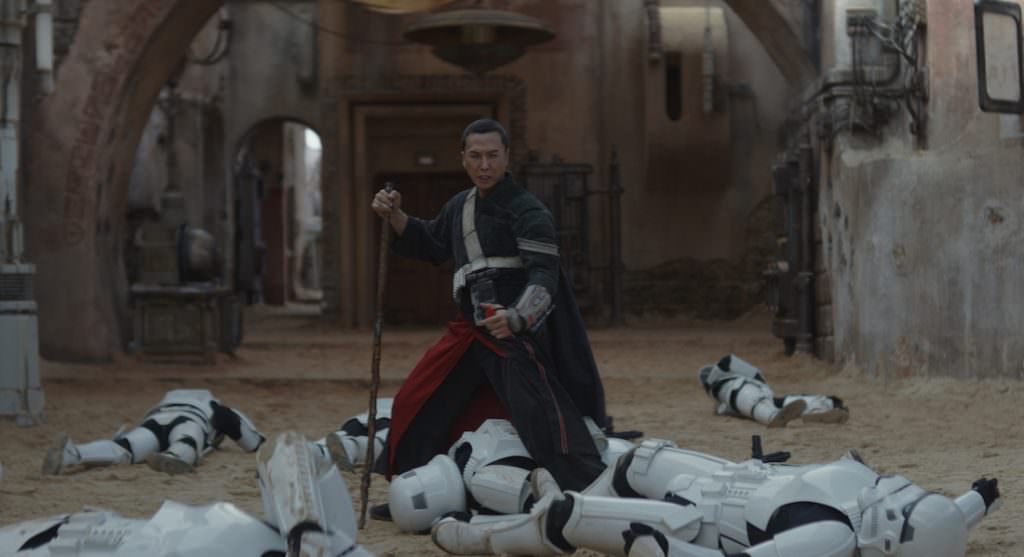 We've arrived. The very first Star Wars film not centered on the Skywalker family premieres tonight, and Lucasfilm and Walt Disney Studios have released this final TV spot to celebrate the moment. If you've been scrupulously avoiding all critical responses, know that this spot does include a few, but of course they're gushing and just single lines from a few critics. No spoilers here.

By next week, we'll all be talking about what we thought, who we loved, what sequences were the best, and, of course, what we wished we'd seen. Director Gareth Edwards, like J.J. Abrams before him, took on the project of a lifetime with Rogue One: A Star Wars Story, but with it comes the massive burden of millions of fans' expectations. No film is perfect (not even The Empire Strikes Back), but what gets close to perfection is the feeling you get sitting in dark theater, moments before a Star Wars film you've actually never seen is set to begin, and then the Lucasfilm logo comes on the screen and, no matter your age, you feel like a kid again.

Cherish those moments. Once the film begins your critical faculities will fire back up, unlike a child, you'll start taking mental notes, critiquing, doing all the things we adults need to do to get by in the world. Yet there will be magic, and the Force, and Felicity Jones as the rebel with a cause, Jyn Erso, and a new droid (Alan Tudyk's K-2S0) with a new attitude, and familiar faces in new roles (Forest Whitaker as Saw Gerrera), great character actors about to become household names (Ben Mendelsohn as Orson Krennic, Diego Luna as Cassian Andor) and enough action to keep you glued to your seat.

Will the rebels succeed and steal the Death Star plans? Even novice Star Wars fans know the answer to that. But the how and the why and the who are why you'll go see Rogue One. For now, there's joy in not knowing anything more, and waiting for the lights to go down and the years to melt away. Enjoy.