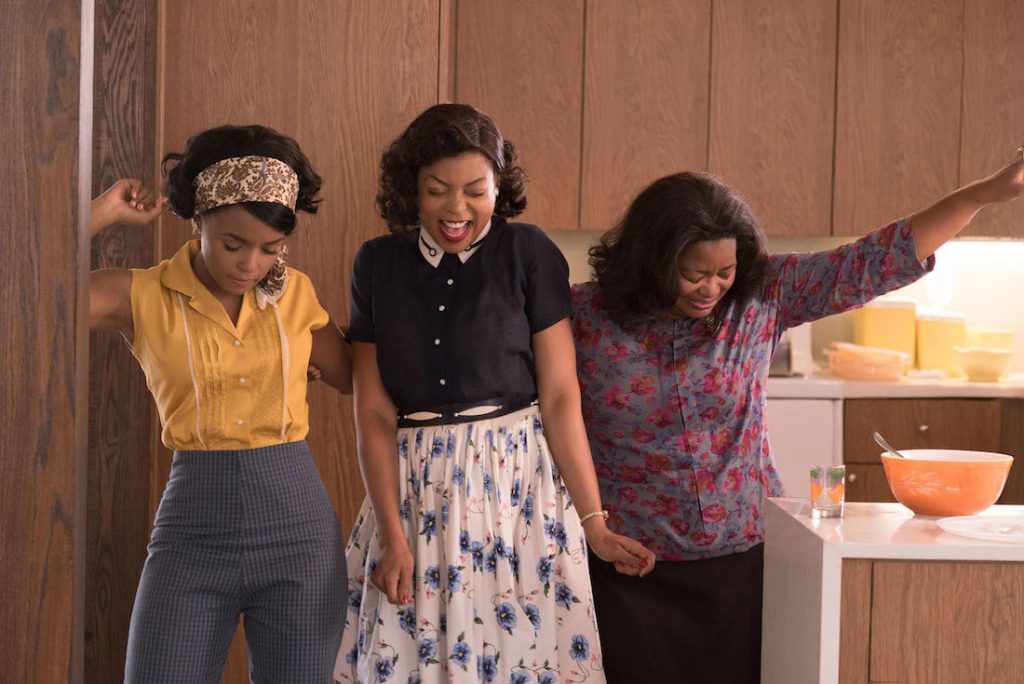 Costume designer Renee Ehrlich Kalfus had just heard about the death of astronaut John Glenn when she got on the phone last week to talk about NASA period piece Hidden Figures (opening limited Dec. 25). “I'm so upset," she said. "These guys were so brave and cocky and well-trained, they were like cowboys — the rock stars of their time." Cocksure yes, but not flashy. "I put Jim Powell, the actor who played John Glenn, in a bow tie and made his white shirt a little tighter to give him some extra style, but for the most part, these were conservative times," Kalfus explains. 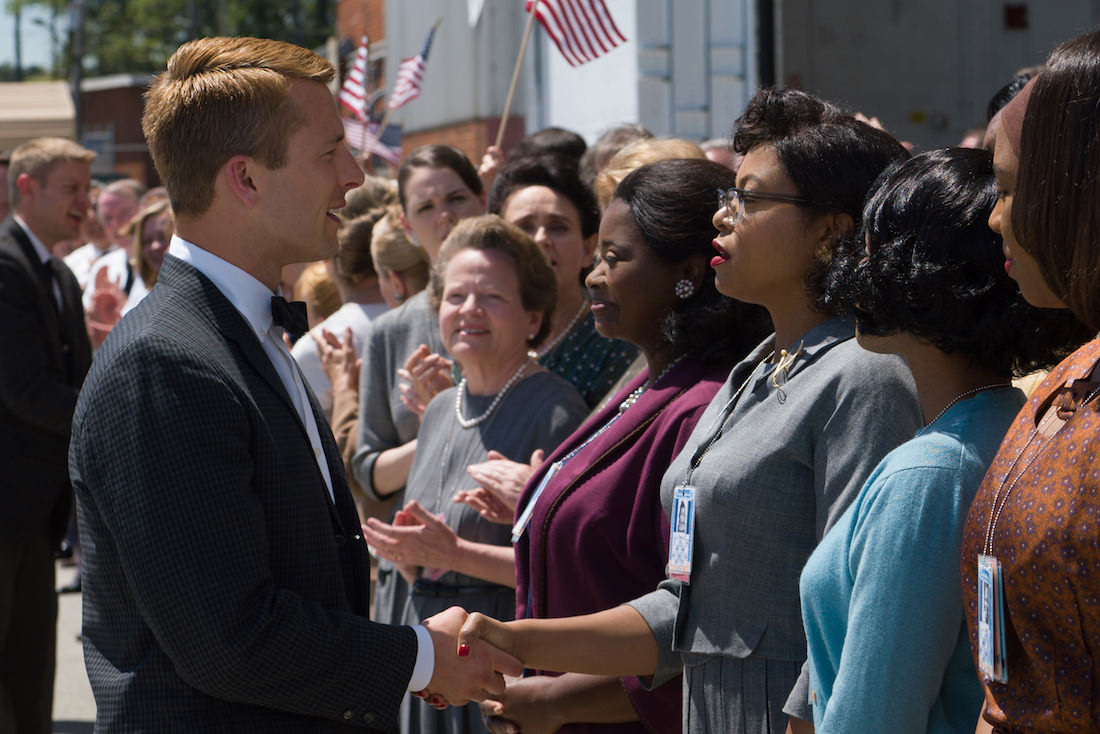 John Glenn became world-famous after orbiting the earth in 1962, but it's the little-known trio of brilliant female NASA staffers who helped him achieve lift-off, played by Tarija P. Henson, Octavia Spencer and Janelle Monáe, who finally get their due in the aptly named Hidden Figures.

Henson plays mathematician Katherine G. Johnson, a former child prodigy who stunned NASA engineers (Kevin Costner and Jim Parsons) with her off-the-charts IQ. Klaus says, "In my research I found out not only was Katherine a single mom who raised three children and a math genius, but she also made her own clothes!" The costume designer tracked down store-bought sewing patterns from the period and presented them to Johnson when she met the now 99-year old woman in person. "I later heard from one of the producers that Katherine came out of an early screening of the movie saying 'I know those clothes!' For me, that was pretty gratifying." 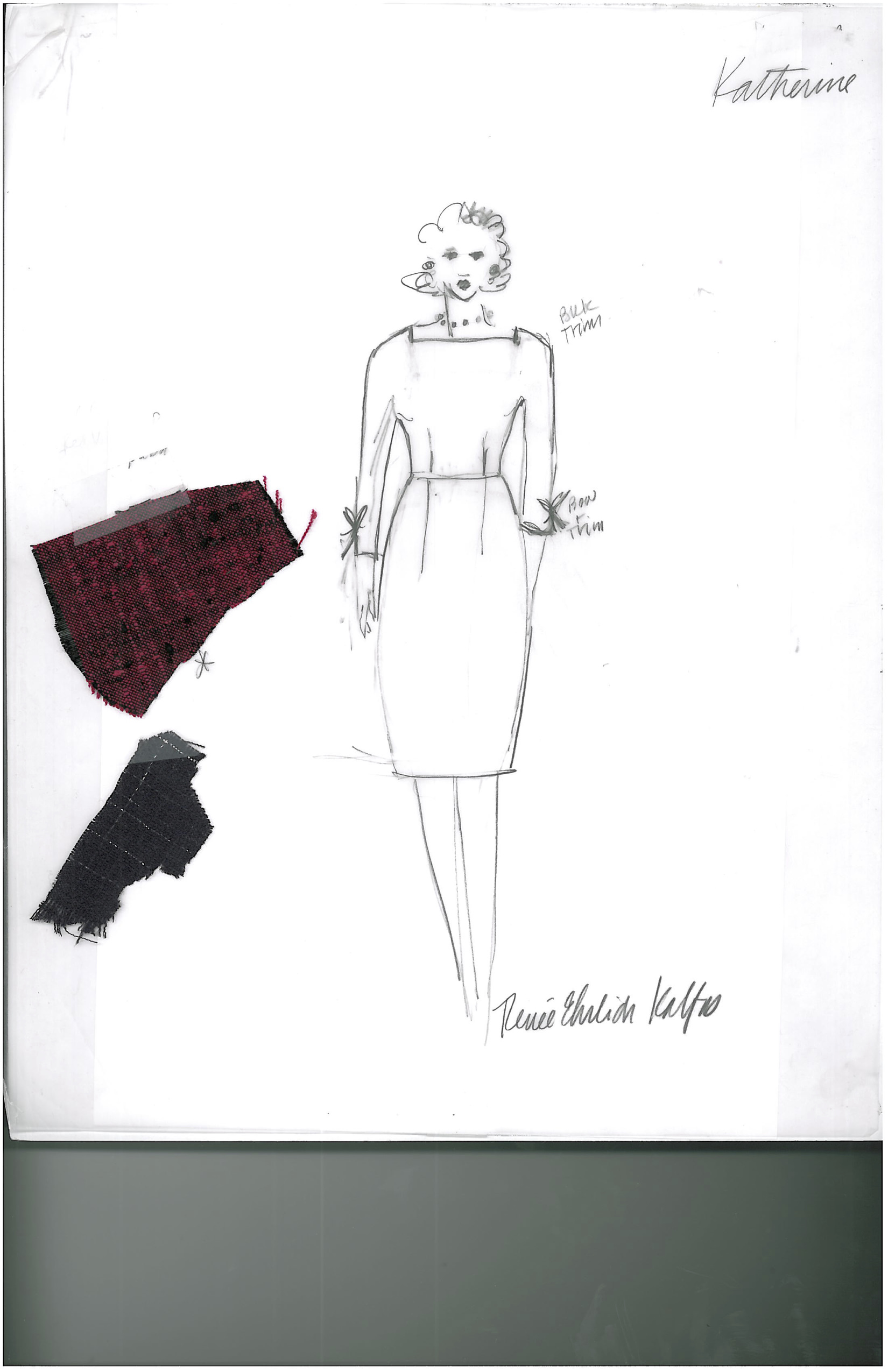 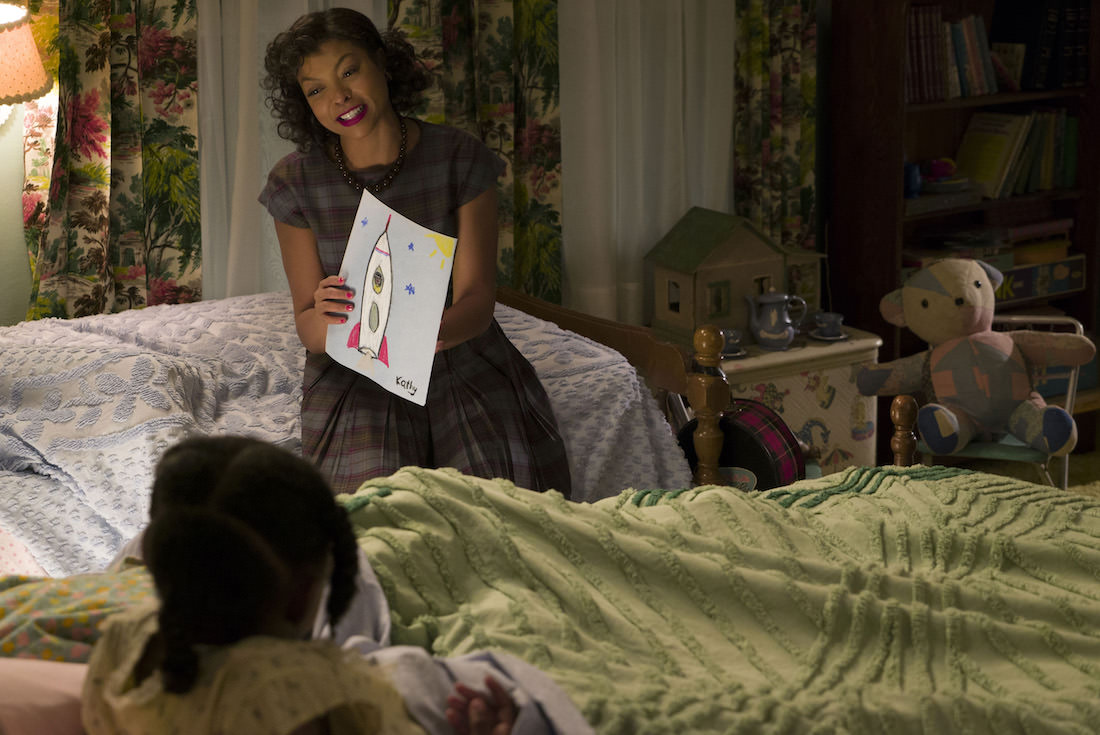 Octavia Spencer's Dorothy Vaughan, the shrewd leader of the bunch, wore knit suits no matter how hot the Florida weather. "Dorothy came straight off the page," Kalfus says. " "The production designer Wynn Thomas showed me Dorothy's house, a very modern 1950's home. She had the money to buy the clothes, she knew what she wanted and she wore these clothes with great authority. I love it in the movie when Dorothy, in her green suit, marches her women down the hall says 'I'm not taking this job unless I can take thirty of my people with me.' Dorothy was very political, she had a plan, and she dressed the part." 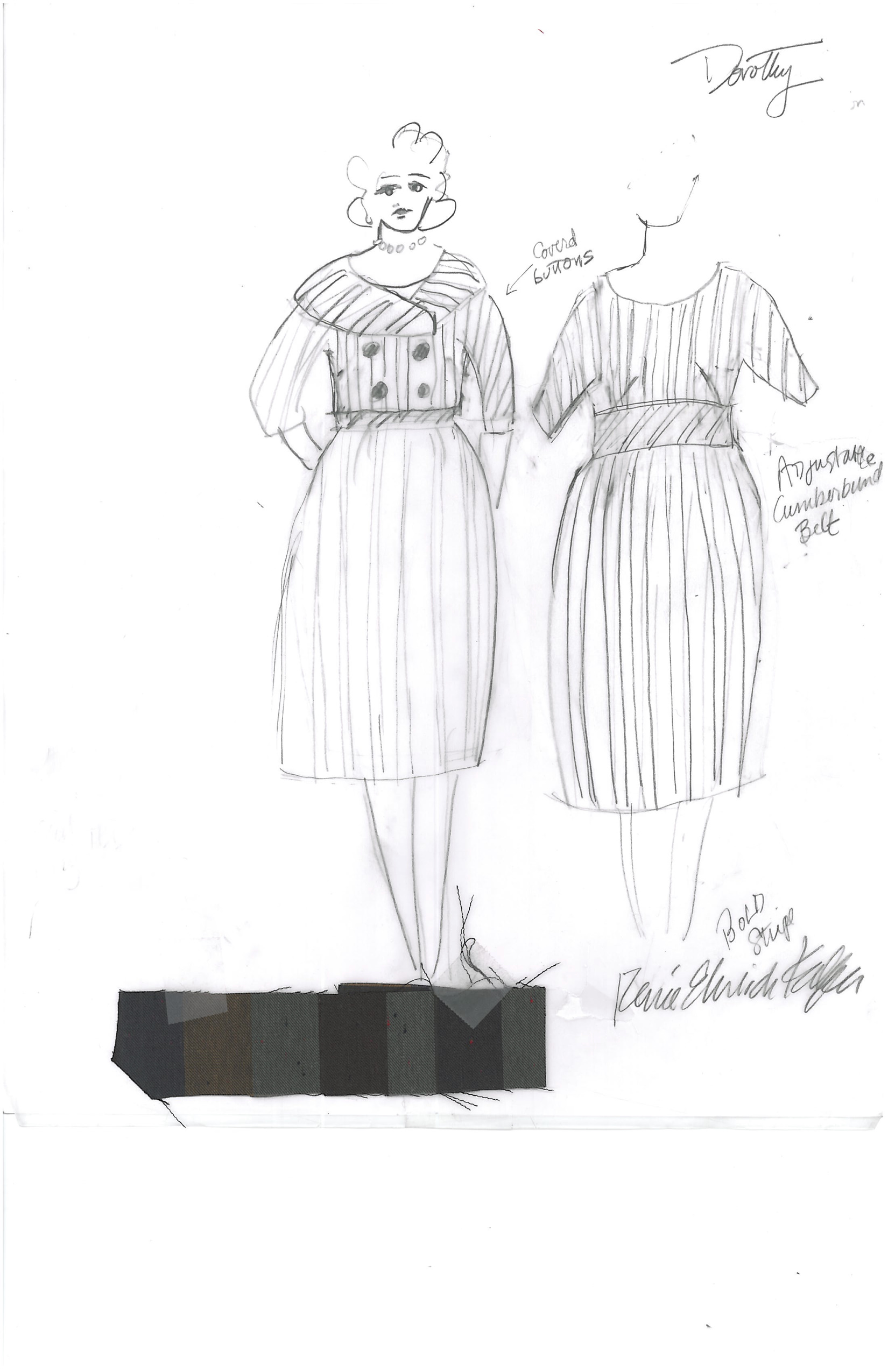 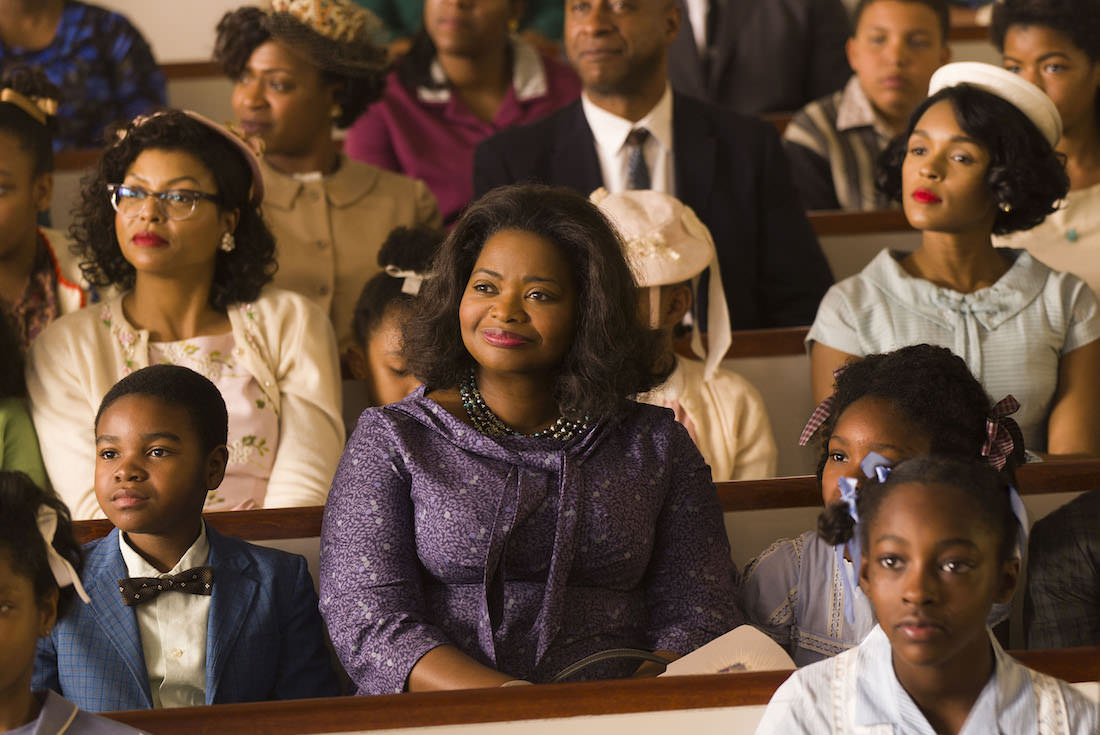 Kalfus didn't have to create many costumes from scratch for Janelle Monae, who portrays Mary Jackson, NASA's first black female engineer. The petite soul singer/actress, a former model, showed up for her fittings ideally proportioned to wear authentic clothes from the period. "We grounded Janelle's costumes almost entirely in never-worn pieces of clothing from the early sixties," says Kalfus, describing the so-called "dead stock" rounded up from retailers' half-a-century old un-sold inventory. "She fit perfectly into these tiny vintage pieces we found all around the state so we kept putting her in these clothes. One time, Janelle turned to me and said, 'I'm your little dress up doll aren't I?'" 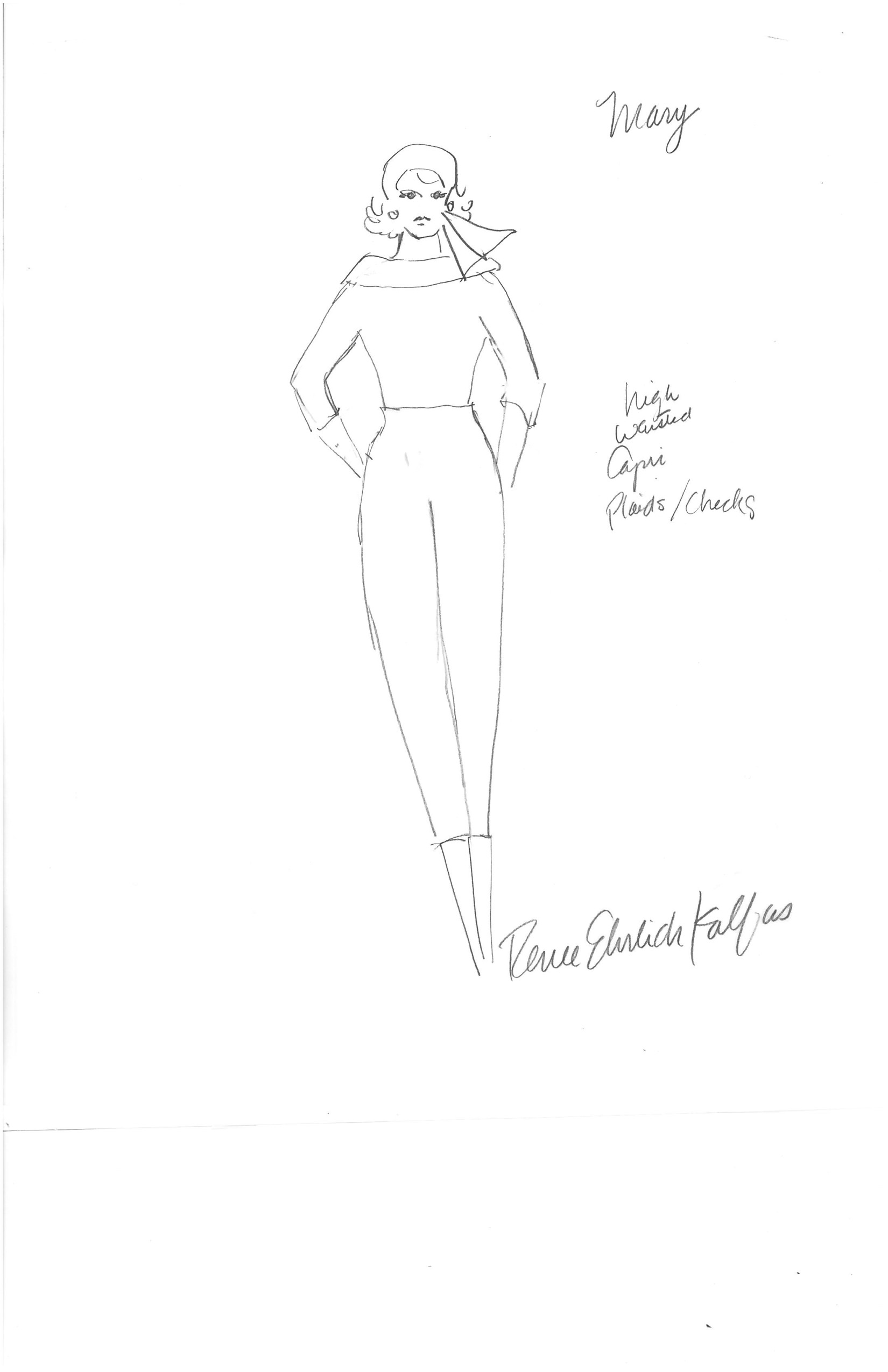 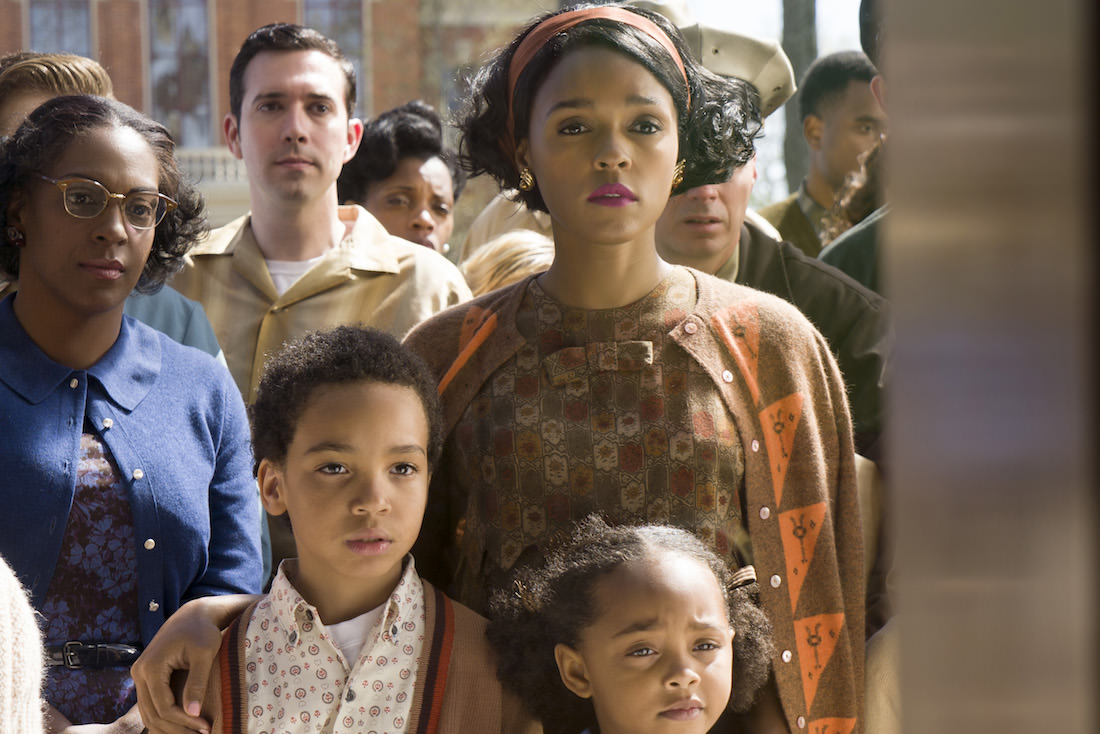 The youngest member of the trio, Monae's Mary wears Capri pants at one point but mainly sticks to jewel-toned skirts. "That was a was a real departure for Janelle because as a performance artist and musician, she usually wears pants and dresses in black and white" Kalfus says. "It was a lot of fun watching Janelle transform into character through these period dresses."

Kalfus, who studied painting at Temple University's Tyler School of Art before designing costumes for such movies as Chocolat and The Cider House Rules, notes that the Hidden Figures' outfits conceal one hidden feature: foundation garments. "This is a time in America when all the women wore girdles," she says. "I noticed  how the posture changed when all these extras walked by in their heels and stockings and girdles. I'm not saying you're going to want to wear a girdle ten hours a day, but it really does help turn back the clock and allows actors to imagine themselves in another time."

Eye-popping colors and unconstrained hippie fashion had yet to emerge when Hidden Figures took place, so Kalfus employed nuanced gradations to reflect the characters' progress. "In Hidden Figures, we're living with these characters for a couple of years and there's change that you want to express somehow. Katherine’s this modest, demure  person at the beginning, so I dressed her in jewel tones. By the end, when Jim Parsons' character comes over and gives her a cup of coffee, Katherine's wearing yellow. That's a subtle thing, but for me it's always nice when you can take a character on an arc through clothing."