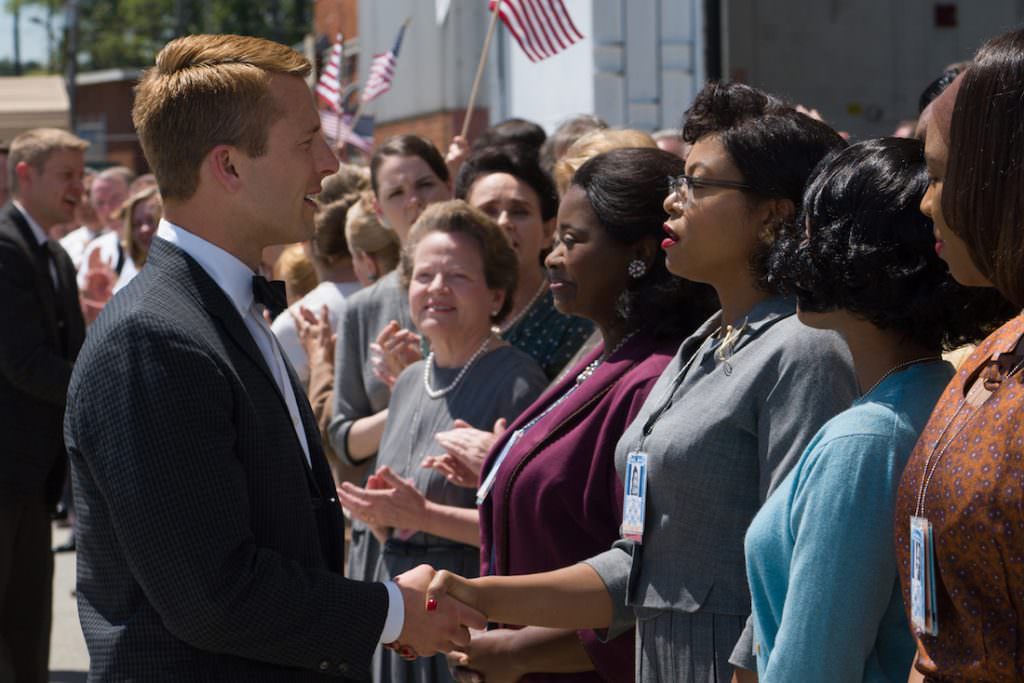 Mandy Walker knows a thing or two about defying expectations. One of the movie industry's very few female cinematographers, she decided at age 13 to become a DP. "My dad made me a little dark room in the back yard and I loved going to movies, so I decided to join those two things together," says Walker, an award-winning Australian with credits that include Shattered Glass and Mia Wasikowska's desert adventure Tracks. Her most recent project Hidden Figures (Dec. 25 limited), based on a little-known true story, follows three mathematically gifted black women (Tarija P. Henson  as Katherine G. Johnson, Octavia Spencer as Dorothy Vaughan and Janelle Monáe as Mary Jackson) who win over their white male bosses at NASA by crunching numbers essential to astronaut John Glenn's triumphant 1962 orbit around the earth.

"I think there's only something like three percent of cinematographers who are female, so in that way, I related to these women," Walker says. "Katherine, Dorothy and Mary went through much worse adversity than anything I've ever come across, but still they powered on. I feel like this film is important because it shows other young women if they have ambitions in math or science, they should pursue them."

To picture the mathematicians' saga in the most authentic way possible, Walker eschewed  the now-standard digital format and instead shot Hidden Figures on celluloid film stock. She says, "Making a period piece, the director Ted Melfi and I both felt it was appropriate to capture people's skin and their costumes by dealing with the kind of grain and texture you only get from film."

Immersing herself in the visual iconography of the early sixties, Walker pored over photographs from the period taken by Civil Rights documenter Danny Lyon, a young Gordon Parks and Saul Leiter, pioneer of the so-called "New York School" renown for lush, colorful street scenes.

She also found inspiration in the person of Katherine Johnson. Now 98 years old, Johnson in 2015 received the Presidential Medal of Freedom and made a big impression on Walker when the two met before filming began. Describing Taraji P. Henson's real-life role model, Walker recalls, "Katherine is this very proud, elegant woman and I wanted to make sure we represented her that way in the film. One thing the director talked about was this idea that she stood out like a jewel in a sea of white- shirted white men. We always framed Taraji in that way to make sure her character would stand out."

Filming in Atlanta, Georgia at Morehouse College, dressed by production designer Wynn Thomas to resemble NASA headquarters, Walker established two distinct visual environments for the "Hidden Figures" to inhabit. She explains, "The Space Task Group and IBM offices are very white and bright, what they would have called 'Space Age' at the time. This big modern environment was fluorescently lit, so we had little lamps on the desks to give depth to the shots." 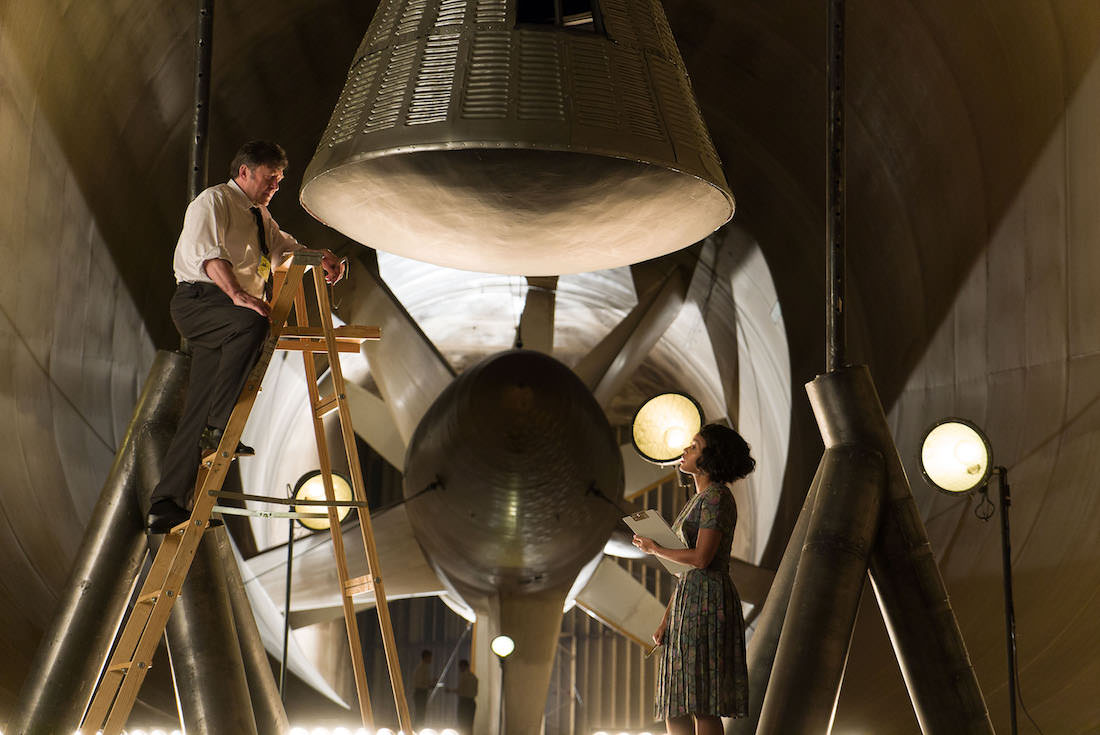 Filmmakers contrasted the women's antiseptic work environment with the warm-toned comfort zones they call home. Walker explains, "We wanted to build warmth and color and texture into the places where these women live by using beautiful colored wallpaper and things like that. It was all about filming these different environments to reflect what was going on in the story."

Central to that story is the progress made by Katherine and her co-workers as they earn respect from the NASA establishment. Walker charted that evolution in status by deploying an almost subliminal shift in the camera's point of view. "When we shot the African American women talking to the white guys at the beginning of the film, we'd be a little bit underneath their eyeline so that Katherine, Dorothy and Mary would be looking up at these men all the time. But as the story develops, we shifted so that the eyeline becomes more similar between the women and the men. Even though the difference is quite subtle, I think it sort of works emotionally. Sometimes you need people to feel something rather than just see it."