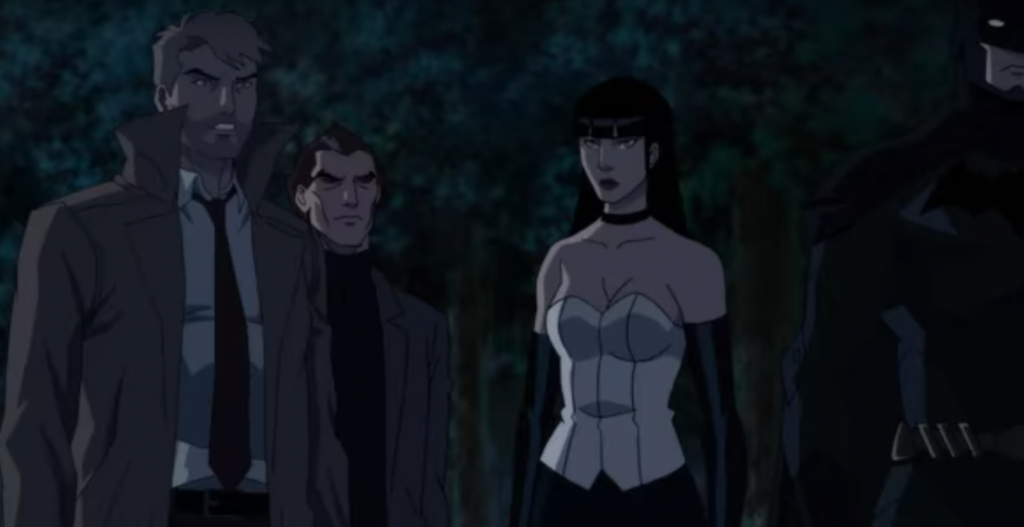 Warner Bros. has been interested in making a Justice League Dark movie for years now. It began with the great Guillermo del Toro (Pan's Labyrinth, Hellboy, Pacific Rim) developing the comic book film for a few years, and eventually ended up with Doug Liman (Edge of Tomorrow). While the live-action film seems to be making progress, we’ll get an early look at some of DC Comics weirder superheroes in a new animated original movie from Warner Bros Animation. Swamp Thing, Deadman, Constantine, Etrigan and Zatanna (with a few other supes you’ll recognize) will first come alive in what’s being billed as an R-rated animated film.

The film centers around an attack across the globe from supernatural forces, triggering the Justice League's best detective, Batman, seeking help from occult investigator John Constantine. It's on Constantine to gather a team of supernatural superheroes — Swamp Thing, Deadman, Zatanna, and Etrigan the Demon — to defeat this new menace.

Justice League Dark will be available to rent or purchase in early 2017.