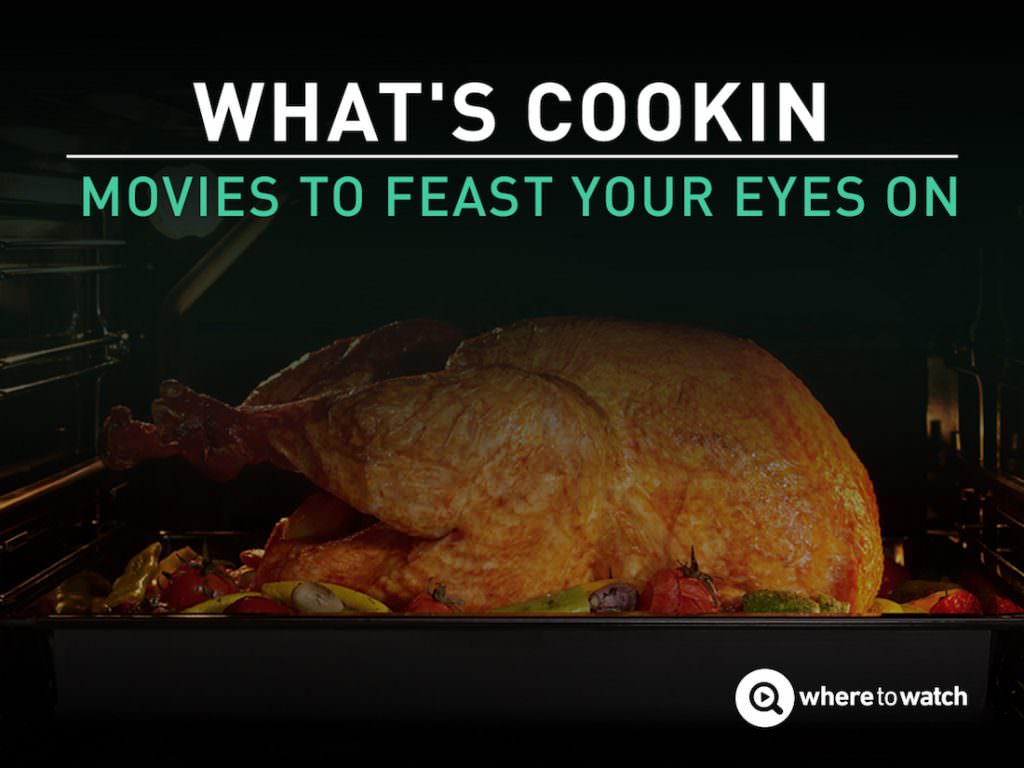 Every year, millions of Americans gather around a table for Thanksgiving and give thanks. The food—usually rich, heavy, and eventually sleep-inducing—is central to the ritual. Regardless of whether you're traditional or vegan, go in for the turkey or prefer a more Asian fusion meal, the meal is the thing. Food is the one true universal language—there is not a single place on the face of this earth you can visit and not be understood by bringing your hand to your mouth. We eat to live and we live to eat. Food is a life-giving force, an aphrodisiac, a life's calling, a weapon, and a source of madness. It's one of those things we'll do just about anything for.

Food's centrality to our lives means it's been a longstanding subject in film. With that in mind, we’ve curated a Thanksgiving Watch List that speaks to the power of food, but we've gone ahead and added something a little bitter to the pot. While there have been many, many great films about the power, and joy, of food, there have also been excellent films about how it can be used to drive people apart or drive them mad.  In these 11 films, food plays a crucial role, something to celebrate, something to share, and, in a few of them, something to die for.

Director Luca Guadagnino made one of the great, sensual food films of all time with I Am Love.  At a dinner — a very married Emma (a ravishing Tilda Swinton) meets a chef named Antonio (Edoardo Gabbriellini) and a sort of food-borne delirium begins. Antonio and Emma's affair begins in the kitchen, and the film, gorgeously shot, is as senuous and filling as a meal in the old country. The affair upends a delicate business deal and plunges Emma's family into a souflé of soul searching and despair, but it's hard to think that it was so delicious it was worth it.

Director and star Jon Favreau made the plucky, food-obssessed Chef for people who love cuisine both high and low. If you can watch it without immediately finding and consuming several fish tacos afterwards, you're stronger than we are. The film follows chef Carl Casper (Favreau) after he quits his job at a fancy Los Angeles restaurant and ends up in Miami, joining his ex-wife (Sofía Vergara), best friend (John Leguizamo) and son (Emjay Anthony) to launch a food-truck business. The attention to detail is the main ingredient here (Favreau worked in kitchens in LA to make sure he was a credible chef in the film), and the love of a good meal, whether from a truck or a Michelin starred restaurant, sizzles in nearly every frame.

Director Bong Joon-ho is a visionary, and his 2013 claustrophobic epic Snowpiercer should have made a much bigger splash in America. After a post-apocalyptic ice age forces humanity's last survivors aboard a globe-spanning super train, one man (Chris Evans) leads a revolt for control of the engine and the future of the world. When he and his fellow prisoners find out what the protein blocks they've been eating are actually made of, their rebellion's urgency is increased ten-fold.

It would be a crime of omission to leave out one of the best films about food of all time. Pixar's classic about a food-obssessed rat named Remy (Patton Oswalt) ending up in a fading Parisian restaurant and turning it around with his delicate, delicious dishes will stand the test of time.

Standly Tucci and Campbell Scott co-directed this lovely film about Italian immigrant brothers who open up their dream restaurant, Paradise, in New Jersey. Chef Primo (Tony Shalhoub) and businessman Secondo (Stanley Tucci) find out, however, that Primo's authentic food is a touch too unfamiliar for the local tastes, and the restaurant struggles. When a famous Italian-American bandleader is set to appear at Paradise, the brothers have one night to make sure the meal is perfect and save their restaurant.

Boasting one of the most famous lines in film history, you probably already know the big twist, but to revisit this 1973 sci-fi classic is to be reminded of food's central place among some of our weirdest, wildest stories.

Willy Wonka and the Chocolate Factory

The late, great Gene Wilder animated this adaptation of the Roald Dahl classic with the perfect amount of manic, potentially psychotic glee. The Chocolate Factory was both a dream world of excess and a scary, child-devouring nightmarescape (or so it seems for most of its running time). The film's a classic.

Director David Gelb's gorgeous documentary Jiro Dreams of Sushi follows the revered sushi chef Jiro Ono as he strives for perfection in his work, while his eldest son, Yoshikazu, has trouble living up to his father's legacy.

Cloudy With a Chance of Meatballs

Directors Chris Miller and Phil Lord, working on a little upcoming film (the untitled Han Solo stand-alone movie) were behind this 2009 smash hit, adapted from the children's book of the same name. A failed inventor tries to save his hard hit town by building a machine that converts water into food, which makes him a hero when food starts literally falling from the sky. Soon enough, however, the machine goes bonkers and the whole world is threatened to be drowned under a mountain of food.

If you haven't seen this twisted 1991 French comedy, you've got a treat in store. It's about a murderous butcher in post-apocalyptic France who kills and cooks people to keep himself and his daughter alive. Things go awry when the  former circus clown he's picked as his next target becomes the object of his young daugther's affection. Yeah, it's a comedy, and it's fantastic.

Writer/director Adrienne Shelly never lived to see the critical acclaim her last film garnered, sadly. Waitress stars Keri Russell as Jenna, a diner waitress in a small Southern town who's a genius at creating luscious desserts, but not so much at making her unhappy marriage to a huge jerk (Jeremy Sisto) work. When she discovers she is pregnant, she makes plans to skip town before her condition is obvious. However, she begins an affair with the new town doctor (Nathan Fillion), who is the only one who knows her secret.