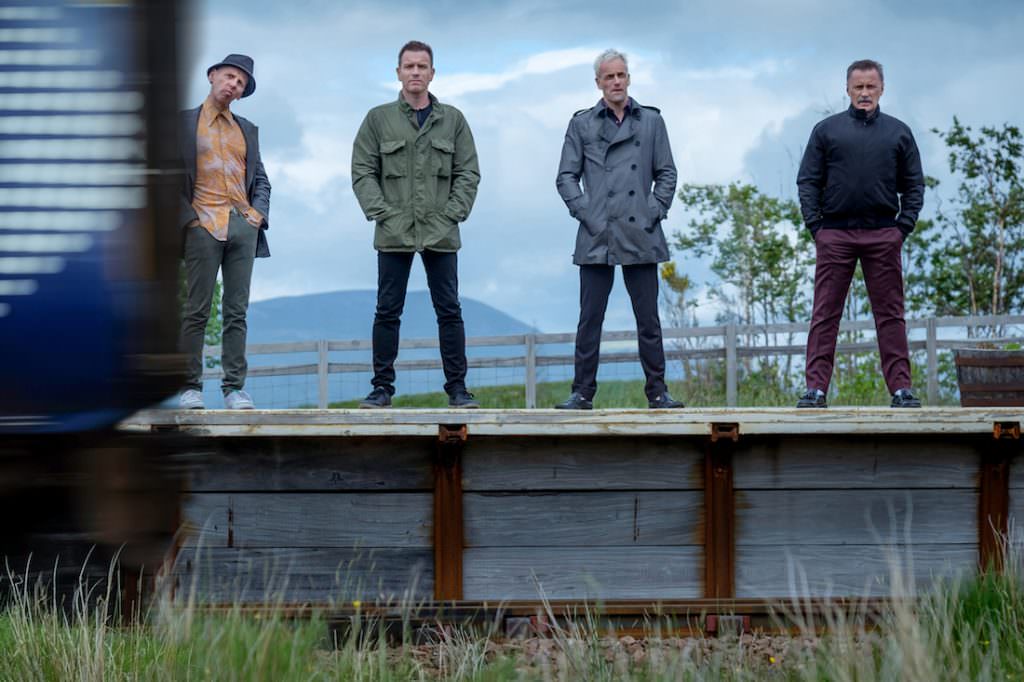 The boys are back. Danny Boyle’s much-anticipated Trainspotting sequel, T2 Trainspotting, has a brand new trailer.

Boyle’s original and the sequel are based on characters created by Irvine Welsh, reuniting the visionary director with Trainspotting screenwriter John Hodge. All of the principal cast of the 1996 film have returned—Ewan McGregor, Jonny Lee Miller, Ewen Bremner and Robert Carlyle will reprise the iconic roles of Renton, Sick Boy, Spud and Begbie. Sony Pictures has released the T2 Trainspotting trailer.

You remember the classic narration Renton gives in the original—“Choose life. Choose a job. Choose a career. Choose a family. Choose a fucking big television, Choose washing machines, cars, compact disc players, and electrical tin can openers.” Now, that rant has been updated for out times:  "Choose life…chose Facebook, Twitter, Instagram, and hope that someone, somewhere cares."

There's hardly been a better time for a sequel than this one at this time. In our panopticon era where everyone's perpetually watching each other and themselves, projecting their every thought and feeling into the world on social media, who better to bring us back down into the muck, into the here and now, than these guys. As the trailer shows, age hasn't mellowed them at all. Thank God for that.