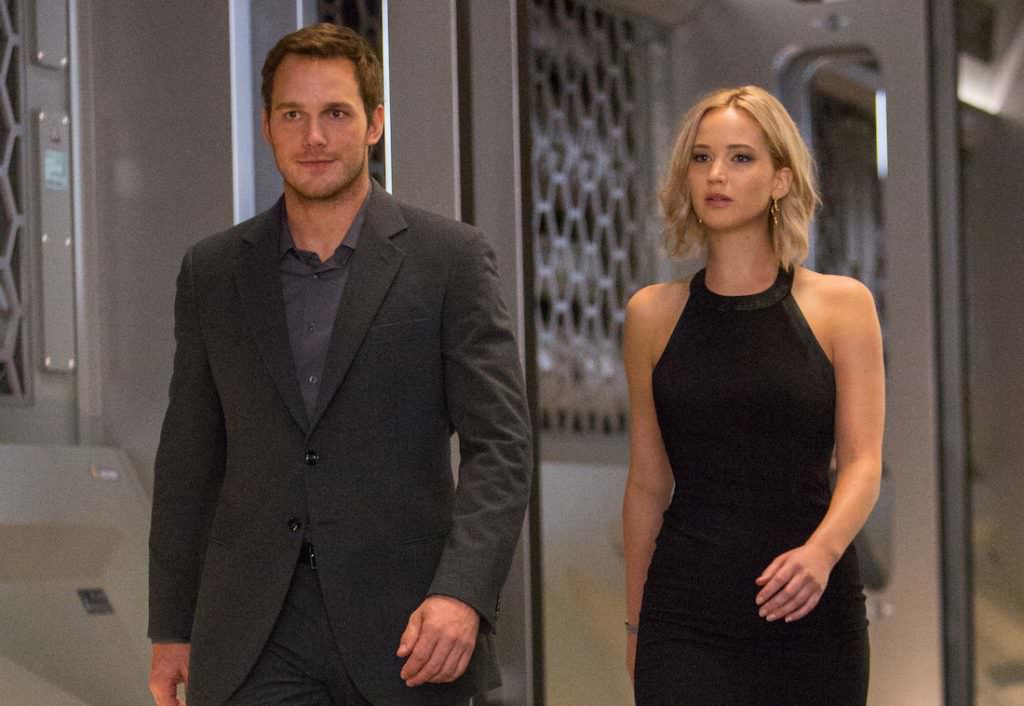 Space Dating in Passengers With Jennifer Lawrence and Chris Pratt

There are worse ways to spend your downtime aboard a spaceship than going on a date with a very attractive person. That’s what is happening in this new clip from Passengers that Sony Pictures has debuted, in which two passengers (Jennifer Lawrence, Chris Pratt) find out that they've woken up aboard the spaceship they're traveling on, the one that they were supposed to spend in cryogenic sleep, 90 years before anyone else. That means they've got a lot of time on their hands (and luckily for them, a fully stocked bar and a robot bartender in the form of Michael Sheen).

The spaceship is called the Starship Avalon, and it's on a 120-year voyage to a distant colony planet called Homestead II. Aurora Dunn (Lawrence) and Jim Preston (Pratt) are two of the 5,259 people traversing the universe to make it to Homestead II, only when they wake up they find out a malfunction that knocked them out of their cryogenic sleep is but one major obstacle they'll face if they have any hope of surviving their journey. What's more, Dunn, a journalist from New York City, and Preston, a mechanical engineer desperate to leave Earth, find themselves falling in love. It's the rare off Earth meet-cute with potential anihilation as a backdrop!

Directed by Morten Tyldum (The Imitation Game) and written by sci-fi expert John Spaihts (his script for Passengers was on the 2007 Black List for best unproduced screenplays), Passengers could be a deep December surprise, opening after Rogue One. Laurence Fishburne, Andy Garcia and Aurora Perrineau round out the cast.