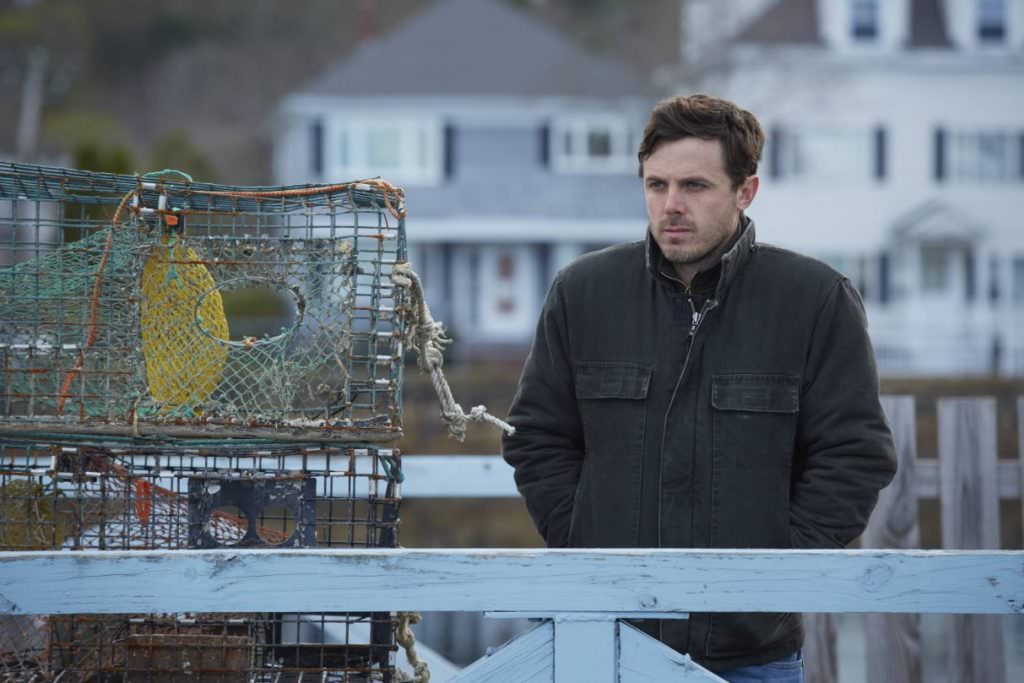 Sonic Soul: Talking to Manchester by the Sea’s Sound Designer

What does a sound editor on a film do? While most people could reasonably explain the role of editor, costume designer or cinematographer (and think they know what a producer does—often they don't), it's a safe bet that your average movie lover would have a tough job explaining the role of sound editor. "The way a movie sounds, it can be elusive even to the director," says seasoned sound designer and supervising sound editor Jacob Ribicoff. With a ton of great films under his belt, from his work as a foley editor on Martin Scorsese's Gangs of New York and The Aviator to working as a sound designer and supervising sound editor on films like Darren Aronofsky's The Wrestler, Wes Anderson's The Fantastic Mr. Fox and Michael Moore's Where to Invade Next, Ribicoff's career has spanned some of the best narrative and documentaries of the past decade plus. On Kenneth Lonergan's Manchester by the Sea (he worked with Lonergan on his monumental Margaret), Ribicoff's role was giving the director as much natural ambient sound as possible to ground the characters in the reality of their North Shore existence.

Set in the titular town 45 miles north of Boston, Manchester by the Sea is a heartbreaking, lovely work. Lee Chandler (Casey Affleck), a dour handyman working in Boston, finds his life turned upside by the death of his brother and the sudden realization he's now the legal guardian of his nephew. Everything about the film, from the performances to the setting to the production design is grounded in reality. When we spoke to production designer Ruth De Jong, she explained how Lonergan wanted nothing about this film to be contrived. This applied to the sound as well.

"With Kenny, he definitely knew how he wanted the movie to sound," Ribicoff says. "But in order to do that, it was a question of listening to a cut of his movie on a mix stage for him to really know how he wanted it to sound. For Kenny it was really a matter of achieving authenticity and realism. You’d think that’s simple or easy, we just want to hear what we’re seeing in the frame, but what you find out with each director, they have an objective view of reality and what it is to them. With Kenny, he really had very specific ideas of what he wanted and what he didn’t want to hear in any given scene."

This process begins with a spotting sessions. This is where Ribicoff, Lonergan and the editor Jennifer Lame go through the entire film and create a road map for Ribicoff and his team to follow.

"I want to get as much as I can from the director in terms of direction about how he or she wants their movie to sound. Like an actor looking for motivation, I ask, 'How do you want sound to help you to tell your story?' You can go a fantastical route, creating these kind of mythical worlds out of sound, or, you can take a more realistic route, which seems to be what we often do in New York. This films under the later category."

Even before the spotting session, Lonergan had Ribicoff take a trip to Cape Anne, Beverly and Glouchester, in Massachussettes, to record how those places actually sound.

"We went up there to take in the ambience and try to get as many sounds of people and their accents as possible because we want all of that in the film," Ribicoff says. "So we put together a list of exact locations and recording trips—the hospital, the bar, the high school, the hockey rink, and we recorded people in their natural settings. Then we went outside of each house and just recorded tone and ambience. We went by the water and got some wind late at night, got some waves, and then we went out on the boat and got all of that stuff. We were able to tuck all of these impressions, very subtley, into the track of the movie."

When it comes to threading in all the sound Ribicoff and his team captured, he says Lonergan has a light touch.

"When you see the movie, it’s all there, it’s just very subtle. You’re giving way to the dialogue coming first, then putting the sound in within these environments and using one or two things in this scene and set this tone."

Ribicoff begins by starting with only the dialogue tract, and uses that as a foundation to build the entire sonic environment around in it.

"In the boat, Kenny had to strip away the additions we put in there—the boat engine, water lapping, the seagulls, the wind. I always approach it by filling the scene up and making it as rich as possible. Then you often take it all the way down, you’re coming out of music, very slowly bringing in the sound of the boy and his uncle, and you’re just hearing what they’re saying. We did keep a bit of added waves and engines, but it's very low and that’s how that particular scene played out."

In one dynamic scene, Lee shows up at his nephew's hockey practice to break the bad news of his father's death. It's a jarring moment, a family tragedy playing out against the backdrop of teenage boys hurtling at each other on the ice. It was a particular favorite of Ribicoff's.

"It's one of my favorite scenes because it’s os dynamic. There's a lot of extremely loud sounds—it’s bookended at the beginning and end by all this checking into the boards. The audience last night jumped back in the premiere, they were reacting to that because, otherwise, it’s a quiet movie. Within that scene it gets to this really quiet place when Lee shows up and you see him from across the ice and he's whispering to his nephew, and Kenny wanetd to be sure you couldn’t understand what was being said. That was a whole process back and forth. Let’s make it a little lower, then it was too low, so we go back and forth until we found an exact place. It was about getting it so me and the mixing console were like an instrument Kenny was playing, so he could set the controls and it could be a transparent and fluid process. A little more of this, a little less of that. Back and forth until he felt exactly what I want."

There's a moment nearly halfway into the film where a major reveal takes place. I wondered how much sonic manipulation Ribicoff built into that scene, subtly steering us towards tragedy.

"Outside the house I put in an air that has kind of an undertone of forbodding. It’s not an artificially produced tone, it’s some air someone recorded outside that I have, but it just has a dark coloring to it. That was in there. Beyond that, for the ping pong game, what you see is what you get. Its’ really just the way the film is cut and shaped at that point that you’re going back and forth between these lively moments he’s remembering and him sitting in the office, and reading off his presence and his face, that there’s something else going on here, something serious and deep and unsettling. Just the cutting back and forth between something that’s active and dynamic and something that’s very calm, in any movie, you’re already creating a sense of forbodding for a viewer."

Lonergan's committment to keeping things focused on the reality of these characters meant eschewing techniques he and Ribicoff had put to such fantastic effect in Margaret. In that film, the everday conversation of random New Yorkers is audible, giving the film a sense of largeness, as if all that would need to happen to turn any one of them into the film's star would be to turn and focus the camera on them. For Manchester, they toyed with the idea but ultimately it didn't fit.

"Kenny wanted to try to do something like in Margaret where we hear voices from random people in the hospital, and we played around with that and created the whole scene that way, mixed it, sat back and watched it, but we felt the voices were too intrusive on the moment, and that pockets of silence around this reveal on what’s happening and what Casey’s character is finding out and having to discuss with the nurse and doctor and his friend were way  more important, so we backed that off."

One of the film's standout moments is an encounter between Lee and his ex-wife, Randi (Michelle Williams, terrific). It's a heartbreaking scene, in which Randi's desperate to try and connect with the opaque, clearly devastated Lee, but he can't do it. Ribicoff worked on that scene with as much precision as he could bring to bear.

"It's just an incredibly powerful and incredibly raw moment, and feels real in that it doesn’t seem like something you’ve seen before in another movie," he says. "It doesn’t seem to come from tradition or cliché, but rather an absolutely real moment playing out between two people, and it has its own rhythm. Again, I came into that scene adding a little more traffic, a little more wind, a moody air, and again in that scene it was a process of really getting rid of almost all of that. So all we were left with was some air, subconsciously make it feel like they’re outside, as opposed to the interiors, to just float some air into the surround sound so you feel you’re outside. So that was the only thing in there, at the lowest possible level, that could still be felt or heard. After that it was really about preserving the performances, and the work was done by Jen [Lame] and Kenny in the editing process to get that scene to a certain arc and rhythm. This is where the dialogue editing comes into play. It was very delicate where in a couple of places there’s overlapping, and because you’re going over various takes, it becomes very technical, using different mikes, different angles, and make it flow so no one perceives that its been cobbled together. Using stolen lines and words from other takes and putting it together so it flows as natural. Kenny might say he still hears a seam or a place between a word as it goes from Casey to Michelle and back again, and that was me as a mixer going back over that to make sure it would flow smoothly."