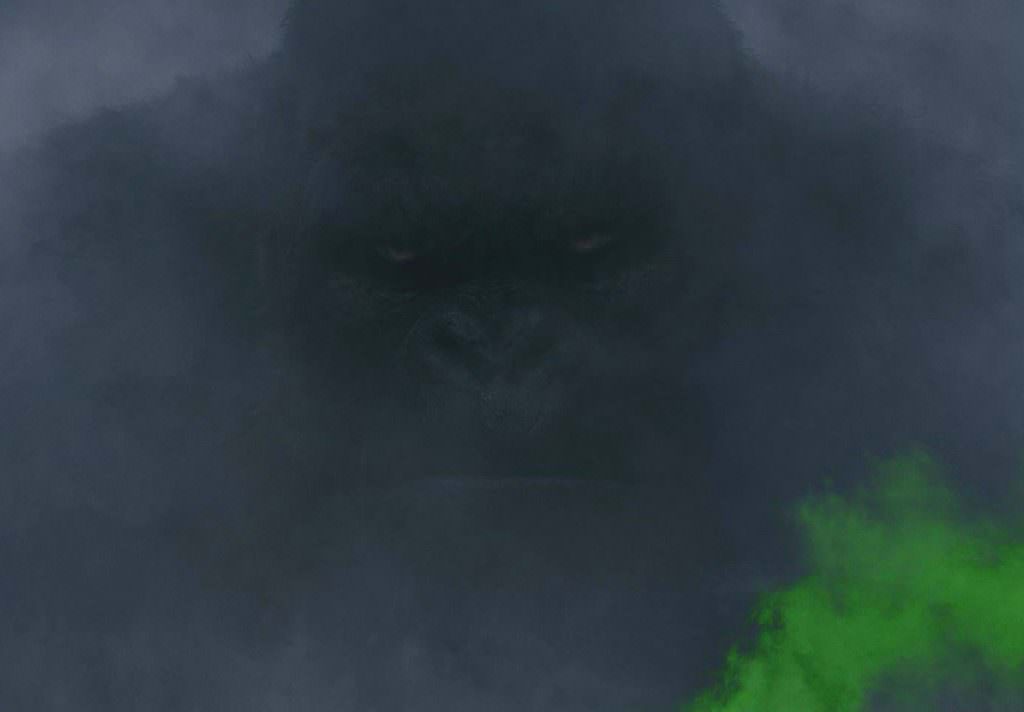 This Wednesday Warner Bros. Pictures will release the new Kong: Skull Island trailer, and to tease this reveal they've dropped two new mini teasers. In conjunction with a video released by Entertainment Weekly, you're getting your first clean look at the king of the beasts.

The new Kong film follows a team of explorers, led by Tom Hiddleston, who go deep inside the primordial island to find a missing man a mythical serum, confronting extraordinary creatures along the way, none more so than Kong himself. You can now check out a whole lot morea bout the film on their discoverskullisland.com website, the “top-secret” research page for Monarch, the mysterious group that was teased in 2014's Godzilla. Monarch was responsoible for the monsters who fed on nuclear reactors in a hellish path of destruction across the country, before fighting Godzilla in San Francisco.

Along with Hiddleston, your cast includes Samuel L. Jackson, Brie Larson, Jing Tian, Corey Hawkins, Jason Mitchell, John Ortiz, Shea Whigham and Toby Kebbell. The film is directed by Jordan Vogt-Roberts, and written by by John Gatins and Max Borenstein. Skull Island will honor the foundations of existing King Kong lore, but is said to put the action in an entirely new, distinct timeline.