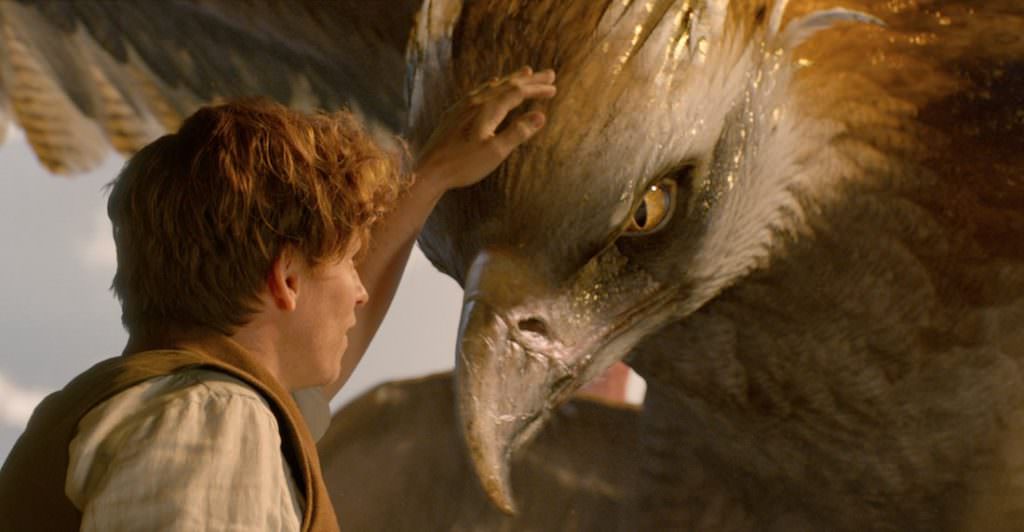 In Fantastic Beasts and Where to Find Them, Hogwarts graduate Newt (Eddie Redmayne) crashes his way through New York in 1926, fresh off a steamer ship from London, in hot pursuit of his various ill-trained magical beasts, whom he just can’t seem to keep trapped in a suitcase. After the case gets accidentally swapped with other nondescript brown luggage, Newt’s predicament grows, given that only one of the bags contains an entire fantastic beast-sanctuary. With a muggle in tow, chaos ensues, and the pair, alongside sister witches, find themselves attempting to contain the beasts, make a case for their existence, and confront an entirely separate and far more nefarious threat hitting the tenements of old New York.

The recreation of 1920s-era Manhattan offers one kind of magic, Newt’s secret beast lair is another, and its inhabitants, from a jewelery-obsessed platypus-like creature to a clingy branch-bug and an enormous, glowing rhinoceros-esque lady in heat, are the most arresting of all. We chatted with production designer Stuart Craig on creating the movie’s sets, both magic and not, and the spectrum of captivating animalia:

How did you conceive of and design the animals?

The animals were quite complicated. We did quite a great deal of concept art. There were four or five concept artists in my department, the art department. Two of them were dedicated to the design of the creatures – That was their speciality. They would prepare artwork initially for discussion and we would discuss it with David Yates [the director] and David Heyman [the producer]. And then after it would be given over to one of the digital tech houses here in London. They would take the illustration, and embellish it, improve it, try different things and ultimately give it to an animator. The character, and not just the appearance, of the creature, would take a huge step forward. After that it might be passed back to the conept artists to be improved on, and so on. It was kind of an open forum — they would be submitted, discussed, and that was very typical, I’d say. 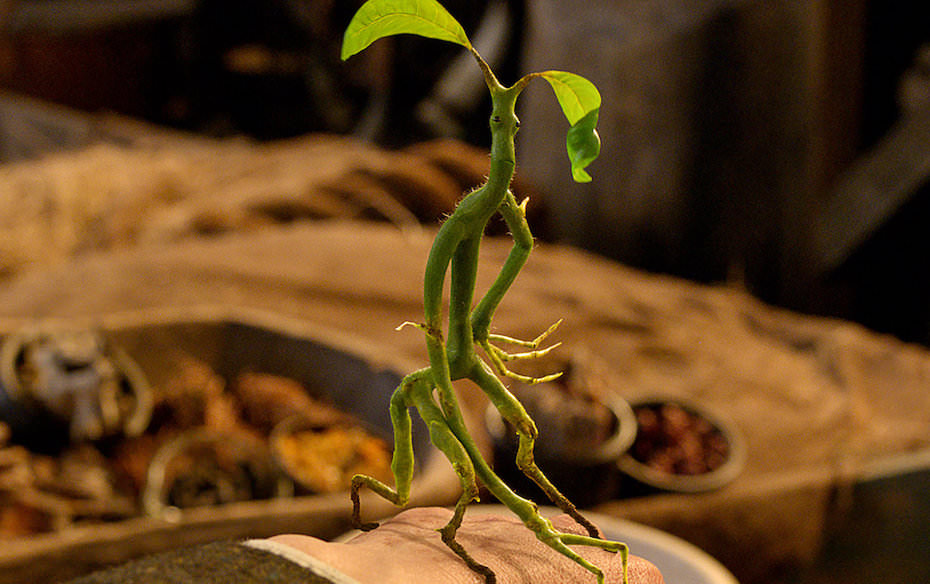 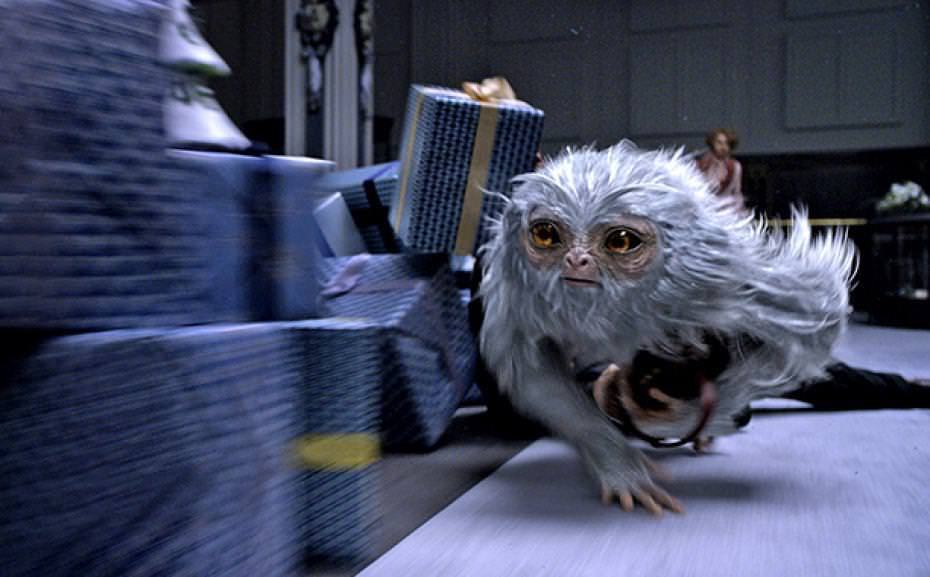 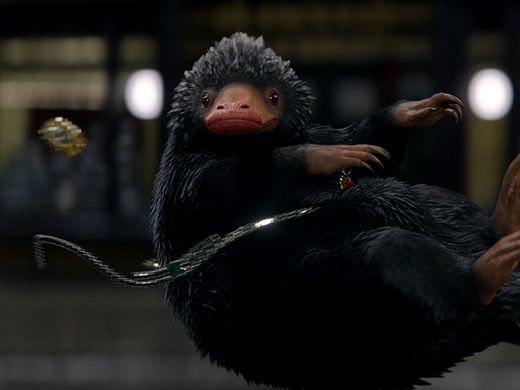 We realized quite quickly that we had such a large requirement of the streets of New York, the bank and Central Park and so on, that obviously we were never going to get permission to clear streets completely. So we decided to build a large set. That was the solution. We went to New York a couple times, and took thousands of pictures of buildings we liked.

We built an entire block of tenements. We built a set a bit like Tribeca, those beautiful buildings, and that became the diamond district. So we took our inspiration and detailed photos from New York, and put them together in this kind of idea, and the visual effects department helped, of course.

Each street is about 800 feet long, which is very big for a movie set. Our 800 feet [even had to be] extended, so we would design the extension, make an image of a technical drawing, and give it to digital effects. They would digitally extend that street at both ends.

Our sets in distinctly different areas were connected, but we needed a place where the institutional buildings, a department store, a big bank [could live, for instance]. And another was the poor tenement building in which the character Jacob lived. The third requirement was for the diamond district in New York City. We looked in Tribeca and I was very taken with all the cast iron buildings, and the detail in cast is very classical, very elegant. The real diamond district in New York City is not in Tribeca, but for us, it was a very appropriate background to display the jewelry in the shop windows, and to set the carnage that ensued, really, when the niffler [a particularly tricky fantastic beast] gets inside and smashes the place up.

Harry Potter material is old hat for you by now — how much do you check in with J.K. Rowling when you’re in the design process?

Not often. But it does happen. It’s important that it does. On Harry Potter the novels are so descriptive and the screenplays, full of information. There are instructions to how we should apprroach it, what we should do. For example, it was J.K. Rowling’s decision to use the Woolworth building as the magical headquarters in America. She had seen it and had identified that building as the Ministry of Magic. We went there and saw immediately the reason for her choice of that building. It’s absolutely covered in gothic detail, animals, plants, everything. Because of Harry Potter, and the school being in a medieval castle, the gothic style became the style of the magical world. 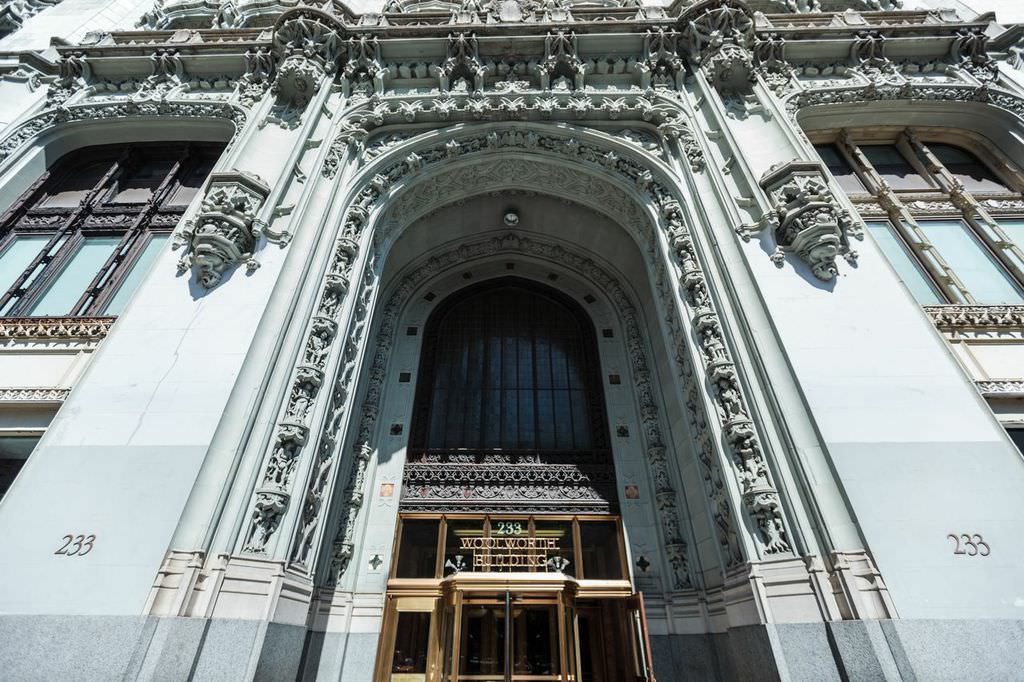 In all the carving there was one thing that was very noticeable, it was a little owl carved in the stone. And it was a point that [Rowling] grabbed hold of and assigned, that this was where we should be.

We went on two scouting trips all over New York, taking photos of buildings we’d like to replicate. And we made a very big model, of our very big set, and Jo came to see that. At a roundtable with David Yates and David Heyman, she was concerned at one time that the interior of the headquarters was felt to be too modern — and I explained to everyone that the inspriation was the cathedral in Vienna. By the time we got to the detail, we lost any sense of modernity.

How do you see Fantastic Beasts as a separate entity within the Harry Potter brand?

The line for me working on the movie, is the variety in it, really. There’s drama, humor, delightful funny charming bits. Also it’s historically ineresting, it’s New York not in the present day but 1926, a couple years before the Wall Street crash and the Depression. I think the film is successful in that it engages so many people on so many levels.