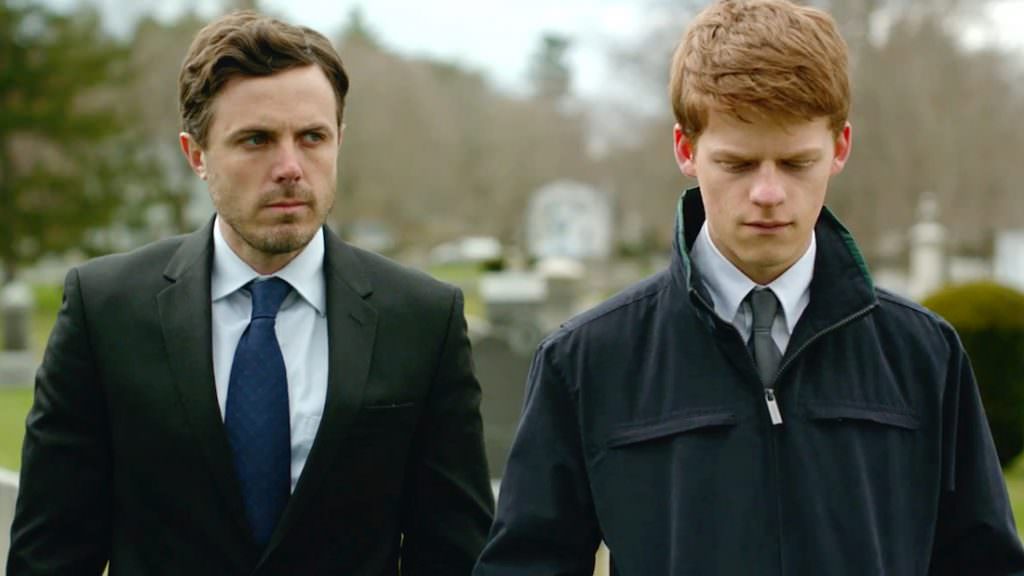 When we caught up with production designer Ruth De Jong, she was on a ranch, outside of Atlanta, in the middle of a project. Considering her golden touch (De Jong has worked with Paul Thomas Anderson, Terrence Malick, and most recently Kenneth Lonergan), I briefly wondered which visionary she was working with now. She was actually working on a Super Bowl commerical.

De Jong's career has been a study in good taste. She's worked on multiple projects with Anderson, including the seminal There Will Be Blood and, most recently, Inherent Vice. With Malick, she was an art department coordinator on The Tree of Life, before going to work with the legendary visionary on To the Wonder and Voyage of Time: Life's Journey. These are careful, exacting writer/directors, which is why her collaboration with Lonergan comes as no surprise. De Jong relishes working with auteurs, and the director of 2000's phenomenal You Can Count on Me, and 2011's Margaret (a film that was delayed after a lot of painful behind-the-scenes disputes) is nothing if not an artist.

"I’m definitely really drawn to writer/directors, and it was nice having that relationship in Manchester by the Sea," De Jong says. "Working with Kenny, PTA (Paul Thomas Anderson), Malick, David Lynch…I really like going deep with backstories, and I really like real life. Before I even got into film I was very interested in going into photo journalism. I enjoy history, I enjoy kind of recreating life, and people’s experiences and the things they have to deal with and cope with. What I'm trying to do is emotionally recreate that. I feel so blessed, to immerse yourself in a town, I get paid to go experience things, people go on vacation, they don’t experience this."

In Manchester, a forlorn handyman named Lee (Casey Affleck) has his life turned upside after the death of his older brother (Kyle Chandler) and learns that he is now the legal guardian of his teenage nephew (Lucas Hedges). This means he needs to leave his sullen life in Boston and head back to Manchester by the Sea, a town he once lived in himself. For De Jong, this meant embedding herself in Cape Anne, Massachusettes, just below Cape Cod and about 45 minutes outside of Boston, where a lot of the film was shot on location, and learning how the locals live their lives there.

"There were two things I noticed immediately; a lot of people have second homes there, but then there’s the fishermen who live there year-round. So there’s a whole world there, they live and die on the fish they catch, and their families too. So I went there and scouted for a couple of months, and I connected to as many people as I could in town. I felt like I was a journalist and was there to discover what made the town tick and who they were. We designed the whole film using these people we met, their stuff, their cars, everything."

De Jong said that Lonergan hired her more or less immediately, after a producer on the film, Kevin Walsh, connected the two.

"I got the script, and then I had a meeting with Kenny, and he was like, great, you’re hired."

When it came to the look of the film, despite the heavy material the story concerns itself with, Lonergan and De Jong ditched the notion of trying to subdue the film's look to marry it to narrative.

"Kenny said, look, I’m not into all that mumbo jumbo about colors. Like Casey's character Lee, depressing stuff happens all the time and the sun still shines. The movie wasn’t going to be all gray and down and dark and morbid, it was just going to be life."

And life in any town that's got 'by the sea' in its name means the interplay of light off water. Having worked on Paul Thomas Anderson's The Master, which has many scenes set on the sea, De Jong was more than prepared to use the beauty of her surroundings. She was also prepared to work with actors of Affleck's caliber.

"I've been a big fan of Casey’s work, I’d never worked with him at that point, but I knew the film would be relatively simple in terms of design. It's about creating a character out of the world around him, and letting the town be a backdrop, and do it in an understated way as possible."

In arguably the film's most affecting, and difficult, scenes, we see Lee's life in a flashback when he used to live in a comfortable home with his wife, Randi (Michelle Williams, doing more with her short screen time than any actress in recent memory), and their kids. Finding the right home to frame the film's turning point was crucial. In the scene, Lee's having some friends over in the basement, drinking beers, playing ping pong, and torturing Randi, who's trying to sleep. Eventually Lee tells his friends to leave and then heads out to walk to a nearby convenience store to buy more beer. The decision is both mudane and fateful.

"The house was actually a mashup of two different houses, as the basement where Lee plays ping pong with his friends was in another house. We came across that house and I just knew it fit the bill. We met a bunch of fishermen who had young families, like Lee, and saw what they could afford in that area. It made sense demographically, it fit their social status. It was a nice, sweet little spot. It was also very bright and cheery. That was their life. Sure they had their ups and downs, Lee’s character loved to party, but they had a great little thing going."

It's no spoiler to tell you that Manchester by the Sea is not a comedy, and that Lee ultimately loses the house and so much more.

When I asked De Jong what, if any, moments during the production were most the difficult, she said it was actually before they even began.

"When I showed up it was the blizzard of 2015, and it was the first time since 1908 they'd had that much snow. "It just me and Kenny and few more of us, and we sat in the hotel room for a week because we couldn’t’ go anywhere. In the beginning, I was wondering how we were going to make a movie, everything is white! Are we going ot be even able to make the film? It was a full on blizzard, and it went on for a few weeks. And then, once the snow melted, it was just about finding the real story, and doing it on a small budget."

A small budget means having to get things right the first time. De Jong recalled a moment early in her career when the stakes were extremely high to do just that.

"It's funny, on There Will Be Blood during the big oil derrick fire scene, we had seven cameras rolling, but we only had the one derrick, which we'd built in April but then had it sit there for five or six months. It was green wood, but when we set in on fire, it was completely dried out. So when we set it on fire, it kind of just fell over, and were like, Arghhhh! Same as on Manchester, we had no budget for CGI."

I reminded De Jong we'd interviewed her before, and that she'd told us previously her career began with a little help from another of our interview subjects; the legendary production designer Jack Fisk.

"I was Jack's art director for ten years. He’s one of my dearest, closest friends in life. Jack and I met when I was just out of high school and he encouraged me to come art direct for him. Our families are close, we’re both from Charlotesville. That was my introduction to the industry, and that was an amazing ten years. He called David, and this was about the time we were going to do The Revenant, and that was the point where it was time to leave the nest."