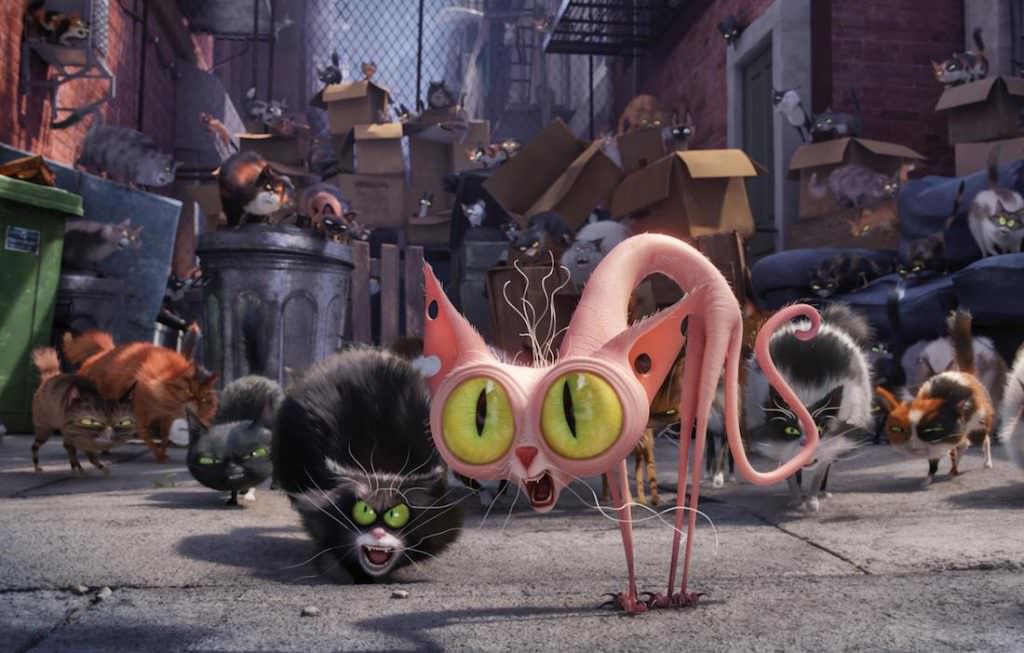 Nominated for eight Academy Awards over the past decade, French composer Alexandre Desplat has a gift for infusing somber period pieces incuding The Imitation Game, Philomena and The King's Speech with majestic scores. But Desplat also has a playful side. For animated hit The Secret Life of Pets, which opened in July, Desplat shifted gears from his Oscar-winning Grand Budapest Hotel music to score the New York City misadventures of runaway dog Max (voiced by Louis C.K.) and rebel pet leader Snowball the Bunny (Kevin Hart).

Desplat insists the zany, jazz-inflected music he created for The Secret Life of Pets falls well within his wheelhouse. "I like to watch different kinds of movies," he says. "The idea that I would not be able to appreciate an animation comedy makes no sense to me. If I had to write period dramas again and again,  I would be so frustrated it would kill me!"

Charmed by a few rough-cut preview scenes, Desplat agreed to score Pets and early this year sat down with director Eric Renaud to figure out music cues. Renaud recalls, "Going through the movie scene by scene, the biggest thing we talked about was tonality. I'm not a musician so I wasn't going to sit there and say, 'Oh, put a clarinet there.' But what I did do was to inform Alexandre very specifically about the feeling we needed to convey."

Many of Desplat's resulting Pet pieces echo the antic orchestrations of Carl Stallings, who scored Tex Avery's classic Looney Toon shorts in the 1940's. He also found inspiration in Scott Bradley's zippy mid-century music used in "Tom and Jerry" cartoons and Henry Mancini's 1963 Pink Panther theme. "As a kid, I loved the Tex Avery cartoons and now as a dad, I play them for my daughters," Desplat says. "Bradley's scores have always stunned me and Mancini is one of my idols. It's all part of my DNA because this type of sound offers you a very special kind of energy. Being a fan of movie history, I wouldn't have been able to do Pets without all those references."

Desplat chose the clarinet to represent Max's breezy journey through the streets of Manhattan, but the musical mood shifts midway through the movie when Max goes underground and discovers a sewer full of angry pets who've been discarded by their owners. Renaud says "That scene needed to have some weight and darkness because these pets are sort of like a cult. The big idea was to make it feel different from the brightness that we'd been experiencing top side."

Desplat captured requisite spooky vibe by instructing twenty male singers to bellow an ominous minor key chant. "They were big men!," Desplat laughs. "I wanted to create this kind of tribal ritual music because we wanted the scene to be scary, but not scary like a horror film. Even when it's dangerous, the music in Pets always has this little twinkle in the eye."

Desplat, who scores as many as ten movies annually, prepared an intricately detailed temp score for Pets on computer early this year, when he timed each piece of music to synch precisely with the action. In March, Desplat assembled jazz and classical musicians at Capital Records' legendary scoring stage in Hollywood, where he conducted a series of old-school live performances. "This dream of mine became reality when I recorded at Capital Records with the best jazz players in town," Desplat says. "It was an amazing bunch of people including the brilliant Dan Higgens on clarinet, who played the top (melody)."

Director Renaud attended the sessions. "It was a thrilling to hear all these world class musicians perform Alexandre's compositions while he's conducting and even playing the piano in some spots," he says. "Bringing these elements together, this large jazz band and the orchestra, you really feel this vibrancy in the score that you can only get from having talented people play the music live."