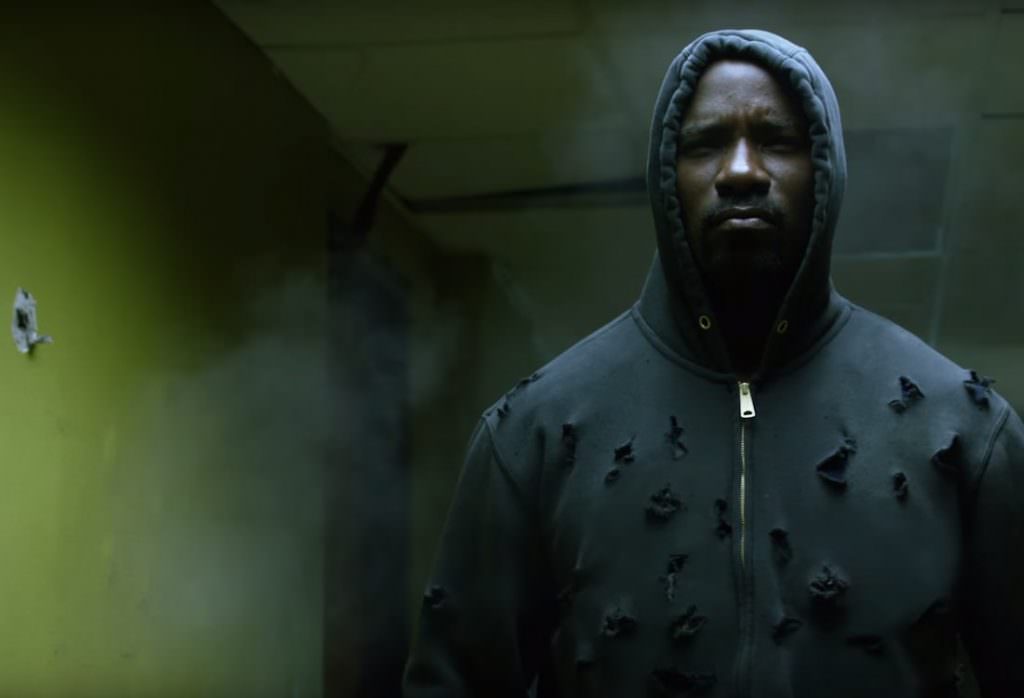 He’s the go to cinematographer for Marvel's crop of Netflix shows, focusing on a new breed of super-flawed superheroes. First Manuel Billeter filmed private eye Jessica Jones in muted tones appropriate to her downbeat Hell's Kitchen environs. Then he showcased Harlem as backdrop for the bullet-proof ex-con with a mission in Luke Cage. And now, Billeter's serving as director of photographer for martial arts thriller Iron Fist, which debuts in March.

Speaking from Brooklyn during a break in filming, Billeter explains how he shaped the signature look for each beginning with Jessica Jones. "The very first sentence in Melissa Rosenberg's pilot script said 'Noir and cinematic," he recalls. "That description summed up the look for the entire show."

In search of contemporary noir touchstones, Billeter studied David Fincher' Seven and looked at stark art house dramas by Hong Kong auteur Wong Kar-wai including In the Mood For Love. "Completely independent of me, the director S.J. Clarkson also had Kar wai in mind," he says. "We also looked at Jane Campion''s movie In the Cut, which was shot in New York in the early 2000s. S.J. and I were both on the same page from the get go."

Billeter grew up in Switzerland idolizing French New Wave films, Federico Fellini and Rainer Werner Fassbinder. After taking a six-week "Sight and Sound" workshop at New York University, he found work as a camera operator and eventually became DP for TV shows including Law & Order and Person of Interest. Jessica Jones gave him the opportunity to go dark. "I was intrigued by the fact that Jessica Jones is this totally broken and dysfunctional superhero, not what you expect from the Marvel brand," Billeter says. "For me, that was a challenging departure."

Chief among the challenges: Netflix required that the show be shot digitally in the hyper crisp 4K format. "I was a little worried about 4K aesthetically speaking because Jessica Jones is a very dark, obscure kind of story. S.J. and I both thought the clarity of 4K might actually work against those qualities. A dermatologist might be interested in every little detail of a super-sharp image,  but as a filmmaker I look at faces in a different way. I want to capture the mythology of the performance."

To counteract 4K's crispness and "modernity," Billeter fitted his RED cameras with Panavision lenses from the 1970s. He notes, "They're not the sharpest lenses and that's exactly why we picked them. The glass in the lens is inherently flawed, just like the more main character in our show."

Billeter extended the noir vibe to the way he framed the show's heroine. "Being a private eye, Jessica Jones is an observer and at the same time, she's being observed. We created this very voyeuristic kind of framing to reflect that," he says. "There's always a lot of foreground as if somebody or something is lurking. We wanted to create this feeling of uneasiness and complication and obstruction so that the viewer needs to peel away all these layers to get to the core of Jessica Jones' character."

After Jessica Jones wrapped, Billeter shifted his attention to Marvel's Luke Cage starring Mike Colter. Describing the "bullet-proof" title character Billeter says "Luke Cage is much more a part of the community so I changed my approach from Jessica Jones, who is much more withdrawn, and put Mike Colter right in the middle of the frame. I wanted to immerse him in his surroundings."

Filming on location in Harlem, Billeter took full advantage of the neighborhood's street-level charisma.  "I used a slightly de-saturated look for 'Jessica Jones' but for Luke Cage, I warmed up the color in camera to emphasize the vibrancy you find on the streets of Harlem."

To reflect the character's comic book origins, Billeter and show runner Cheo Coker drew on 1970s-era cinema as a subtle point of reference. "Luke Cage was first published during the blaxpoitiaton era in the seventies so we wanted to incorporate influences from that period. We filmed in a different style on RED cameras, but movies like Shaft and Taxi Driver were very much in the back of our heads."

Biletter filmed Cage's breezy barbershop scenes with hand-held cameras, switching to dollies and cranes to evoke a heavier atmosphere for criminal kingpin Cottonmouth (Mahershala Ali) in his nightclub office. Harlem itself also played a central role in Billeter's visual design. "With its wide boulevards, Harlem has this very grand feeling so we used a lot of wide angle lenses to showcase those qualities," Billeter says. "Our intention was to treat Harlem as a character unto itself and showcase what it stands for culturally, socially, politically and historically."

In production this fall on Iron Fist, Billeter has shifted his visual strategy once again.  "I don't want to give too much away but we know from the comic book that a lot of 'Iron Fist' takes place in the corporate world so I'm giving the show a brighter, more corporate look," he says. Billeter looked at George Clooney's 2007 thriller Michael Clayton as a model of high-end skullduggery. "It was beautifully shot by Robert Elswit, the movie looks phenomenal, and it's set in the corporate world, so I'm using that film as a visual reference for 'Iron Fist.'"

Operating within Marvel's All-New York-All-The-Time constellation of superhero characters, Billeter remains mindful that Jessica Jones, Luke Cage and Iron Fist's martial arts rebels all inhabit the same imaginary world. He explains, "I like to give each show a unique look but at some point, all these characters are going to intertwine. They can't feel as they're all coming from completely different worlds so there's a certain element of style that needs to carry over from show to show."

Unlike most TV series, which rotate different cinematographers from episode to episode, the Netflix/Marvel partnership calls for a single DP to take charge of an entire 13-episode season. "It's a lot of work," Billetter laughs, "But getting to shoot all the episodes is great because that way I can control the style."