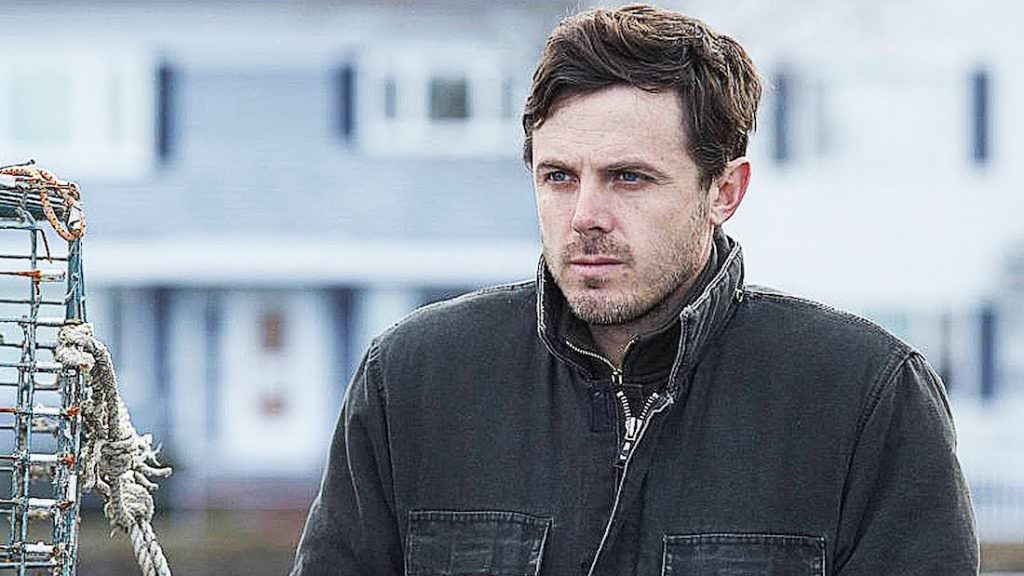 In Part 2 of an interview with writer/director Kenneth Lonergan about his latest release, Manchester by the Sea, which opens Friday, the New York City native speaks about his penchant for acting in his own films, his choice of classical music to accompany a drama like Manchester by the Sea that is set in a working-class milieu and how the current political climate might affect his artistic vision in the future – or not.

You like to appear in your own films. You were a priest in You Can Count on Me and an ineffectual father in Margaret. In Manchester by the Sea, you do a cameo as a bystander on the street who yells “Great parenting!” at Casey’s character as he is arguing with his nephew.

He yells at me and I yell at him a while. Then I leave. I like to be in the movies because I like to act and I’m not a professional actor and I don’t have acting career. I just do it for fun. There were actually three roles I thought of doing and that is the one I ended up doing.

First of all, I thought it was funny. Someone said that to me one time when I was yelling at my daughter on Christopher Street when she was about 10. She was just driving me crazy and I really yelled at her. And some guy across the street said, “Great parenting,”  and I yelled at him and he yelled at me a bit. Then he left. My daughter said to me, “You shouldn’t have cursed at him.” I said, “He was actually right and I was wrong. He didn’t know that I love you and I would never do anything but yell at you. And I shouldn’t even been yelling at you.” I remembered that incident and it just seemed appropriate because Lee, while not being harmful to Patrick, really gives it to him once in a while.

People laughed when Matthew Broderick, who has been in all three of your films, shows up as this uptight Christian guy who married to Patrick’s recovering addict mom. We know him so well as Ferris Bueller, so it is surprising to see him as this kind of uptight adult in your movies. He is rarely been the cool guy since.

He’s pretty cool in Glory. He has done a bunch of smaller movies where he plays all sorts of different parts. But in the bigger ones he does, he tends to play more comical parts.

Is he your good luck charm?

He’s one of my best friends and he just such a good actor. He can do almost anything. He is very good in this movie. He is very chilling if you watch him. He has these dead eyes that kick in and they are very frightening. It is very subtle. But he is very effective. I can’t help it if people laugh at him just because he is famous. It is a strange moment for him to show up. It bothers me a little bit but you get used to these unintended laughs.

Was it difficult to shoot on the water during the fishing boat scenes?

That was one of the easiest days.

For me, when the characters were on the water, I was at peace while watching the film. It felt calmer than any time they were on land and having to deal with other people instead of just nature.

Yeah, me, too. That’s funny. You are the only one who said that and that is exactly how I feel when I get out on the water and how I feel when I need water. That was my favorite day of filming, when we were on the boat. It wasn’t cold that day. It was a nice day. And there is a really great little company up there, they shoot a lot of movies and TV shows up there, and there are two little companies that have a camera boat with a jib arm on it for the camera and the safety boat and a transportation boat. There’s about four boats you need, including the picture boat. And this guy is very well-organized and he really just runs the whole day. We had a wonderful time and finished hours early, and we got to shoot scenery for like four hours, which was really fun.

You employ classical music on this soundtrack, which lends the events a greater sense of stature and gravity as they unfold.

It creates an atmosphere of some kind. For me, it gives another layer, something beautiful and lyrical. The story isn’t very beautiful or lyrical. The surroundings are, the ocean doesn’t suddenly turn to mud when something bad happens to you. It is still very beautiful there and that is one of the problems that Lee is having because he used to love it and now it is agony for him. It lifts the perspective of the movie a bit above the ground and maybe, I’ve said this before, but you are driving and focused and you don’t know there is this big blue sky there. So, occasionally in the movie, you notice that, too. I didn’t set out to do that. But I think that is one of the things the music does.

There is one famous piece,  the mournful “Adagio in Sol Minore Per Archi E Organo,” that has been used fairly regularly in movies and TV.

That music is over the big flashback sequence. And, yeah, that is in a lot of movies and I didn’t want to use it, but there was nothing else that fit that scene. Once we put it on there, it really helped us to figure out how to edit that sequence and gave us a structure and a rhythm to it. I was planning on getting rid of it, but anything else I put in there didn’t fit as well.

On social media, many people I know are obsessed with the election and how this outcome will affect our lives. I just wonder how it will influence people like you who think about making art that reflects life.

I don’t know. I find the big picture very difficult to get a sense of in my mind. I am much better at dealing with the smaller pieces of things and building something from that. I don’t know. It is very hard for me to imagine what those people are really like. Their life is so different from anyone I’ve experienced.

But there has been anger and hatefulness that has been unleashed that probably isn’t going to dissipate soon. It has existed previously, of course. But it hasn’t been a forum to express such non-PC opinions in such a public manner until this election opened the floodgates.

There have been other times when the whole country seemed like it was going insane. I think about what life would be like to be alive during McCarthyism or how things must have felt to the conservatives during the civil rights movement. They thought the whole country was being turned into one big wasteland. And then you think about what the country looked like for 400 years to the African-American community. So this is not the first widespread potential unleashing of hatred and bile that we have ever seen.

Social media, however, makes it worse.

It is the dumbest form of communication ever invented. Just stupidity upon stupidity in rapid fire. Like a machine gun of stupidity firing all over the world now every day. There is more of everything. So there is more stupidity. I read great things online all the time. We are just surrounded by this cloud of nonsense. But this is not the beginning and this is not the end of this particular phenomenon.