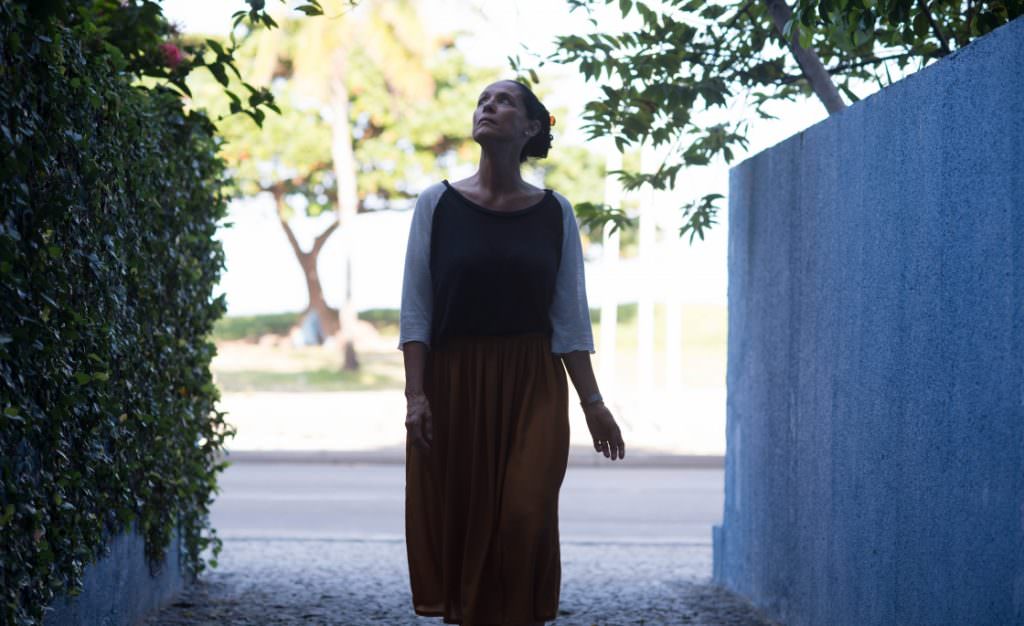 Sonia Braga became an international star — and nearly single-handedly put Brazilian cinema on the map — when Bruno Barreto’s 1976 sexy comedy Dona Flor e Seus Dois Maridos (Dona Flor and her Two Husbands) became a U.S. art-house hit with Braga as the breakout star for her earthy, sensual performance. She followed that with two of her trademark roles: Gabriela (1983) reunited her with Barreto as Braga reprised a role she’d played on a popular telenovela of the same name in Brazil that had already made her a star. Then came what’s perhaps her most famous role, the glamorous actress who is the “Spider Woman” of William Hurt’s fantasies in Hector Babenco’s groundbreaking Kiss of the Spider Woman (1985). The role earned Hurt, playing a gay man, the Best Actor Oscar and established Braga as a major star.

Braga can still turn it on when she walks the red carpet but in person, she is, at 66, a petite bundle of sexy, vibrant, earthy energy; no cool screen goddess here. Her trademark black mane is offset by black-framed eyeglasses. She’s animated and warm as her conversation jumps across a wide range of topics, from her love for the animated movie WALL-E to her passion for photography. Braga is the rare interviewee who hugs you, never glances the clock and happily poses for pictures without a trace of vanity.

Braga is currently enjoying the best role of her long and stellar career as Clara, the central character in Aquarius, the assured second feature from Brazilian writer-director (and former film critic) Kleber Mendonça Filho. It’s the kind of late-career role that not only returns Braga to her native language in a juicy, multi-faceted performance — she’s in nearly every scene — but plays upon her own indelible persona; it looks forward and it looks backward, which is fitting since Aquarius is, among other things, a meditation on memory.

“Whether Brazilian TV, or all the movies I did, I respect the audience. I wanted this role, but I thought for a long time, can I play it? I haven’t acted for a long time…I learned English in my 40s after I did The Milagro Beanfield War so that I could do interviews like this. To this day when I work, I ask for a dialog coach,” says Braga (in perfect, beautifully-accented English, by the way). “Being away from Brazil for 10 years and not working in my mother tongue, when I read these words [in the script], I recognized all the facets of this woman. The character is close to me in so many ways.”

For Aquarius, Filho returns to the beachfront neighborhood in Recife, a major metropolitan area on Brazil’s east coast, that also served as the setting of his well-regarded first film, Neighboring Sounds (2012), a similar tale of gentrification, the threat of violence, and the anxieties of modern life in Brazil where private space can be both cell and sanctuary. 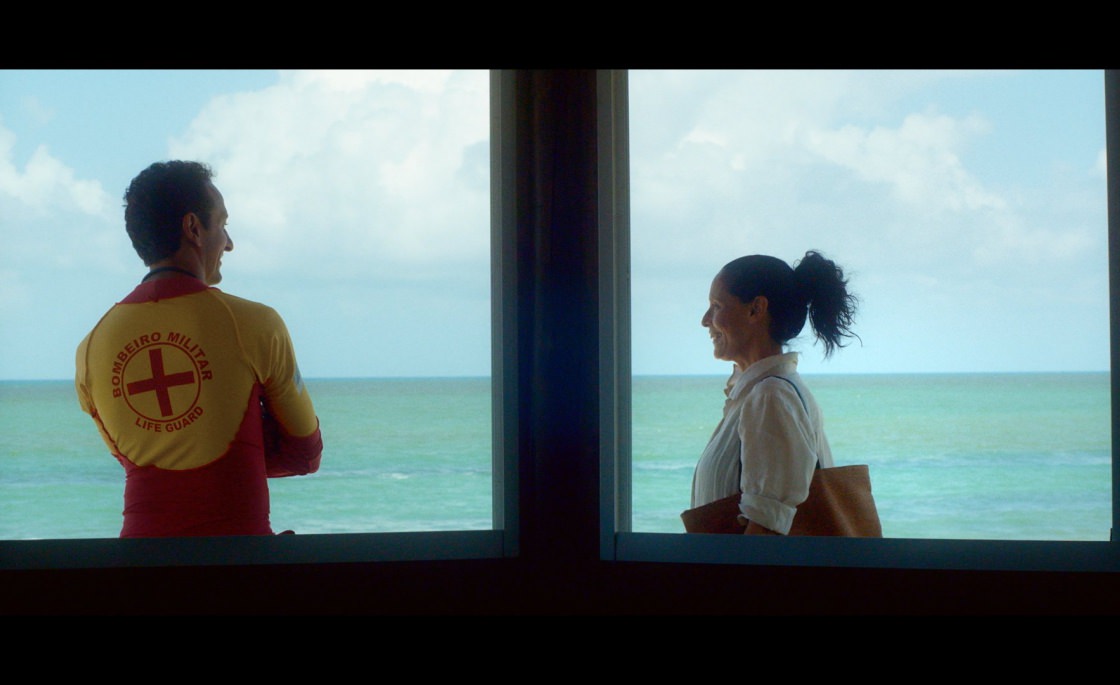 In Aquarius, Braga plays Clara, a 65-year-old former music critic and the last holdout in the Art Deco beachfront building called the Aquarius, her home for all her adult life and where she raised her children with her late husband. Clara is a modern woman with respect for the past — books and record albums line her walls; she cherishes a dresser that belonged to her beloved aunt Lucia (in a sly flashback, we see the young Lucia having sex atop that dresser). Clara is also a cancer survivor who’s feisty and defiantly sexy and she’s not about to be pushed around, not by her well-meaning but meddlesome children and not by the real estate developers eager for Clara to sell so they can demolish the Aquarius and replace it with luxury condos. Clara refuses to abandon the memories that are central to her identity, so a battle of wills escalates.

A working actress since she was 14, with her most recent success on American television (guest roles on Alias, Sex and the City and PBS’s American Family, among others), Braga related to Clara’s refusal to disappear or be dismissed.

“I never thought it was fair that one network in Brazil repeats work we do — I don’t know who made the deal— but they showed a soap opera I was in and I sued them. I had the right and it’s what I believe in. I lost [in court] and I decided not to pursue it. But I was in that frame of mind” when Aquarius came along, she says.

Braga also shares with Clara a deep love for visual art and for music; in one scene in the film, Clara gives an interview to a music journalist and describes the sensory pleasures of a vinyl copy of John Lennon’s Double Fantasy — the cover, the liner notes, a newspaper clipping tucked inside that Clara discovered after she purchased the album in a used record shop. “Music itself is an important character in the picture,” says Braga. “It makes me tear just to think about that. It’s the time machine; it’s amazing how you remember smells and flavors though the music. But when you touch it, it takes it to another dimension.”

Aquarius’ eclectic soundtrack bursts with the rock sounds of Queen and pulsating Brazilian songs, including those of singer and composer Roberto Carlos. It’s his O Quintal do Vizinho that Clara plays on her turntable when she dances alone in her apartment. “When Kleber told me it would be Roberto Carlos … he was a very special person in my life,” Braga says. “I was playing Gabriela and I was famous but I had no love, no boyfriend. My love was to go out and listen to his music. When I heard I had to dance to his song — it was for me like Clara and Sonia are going to meld into one right now. It was very special to me.”

Aquarius is playing now. Click here to find out where.