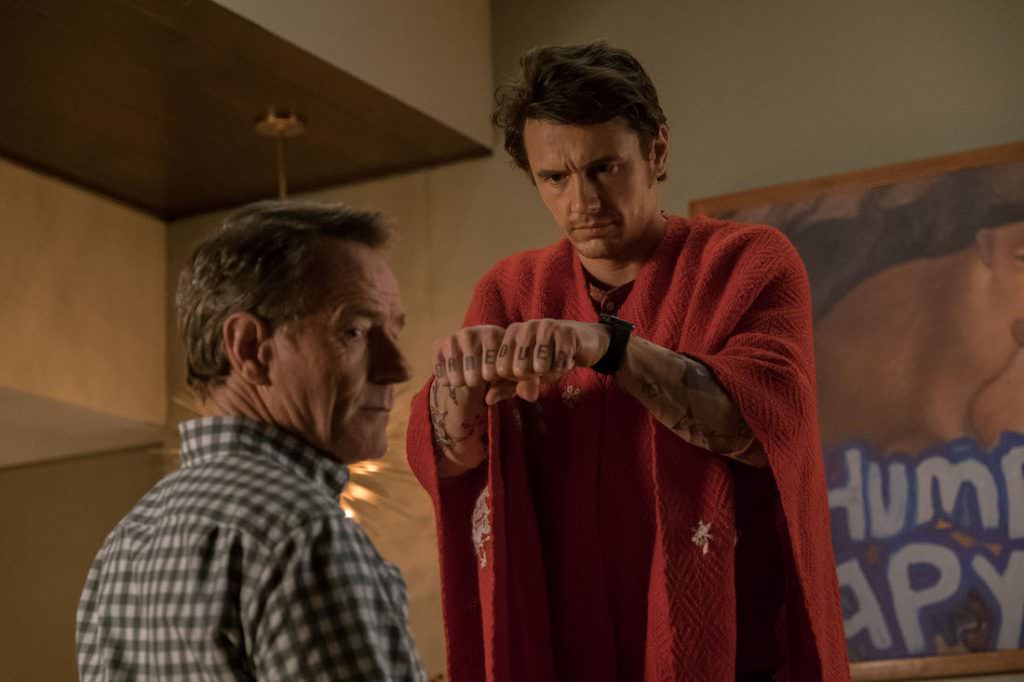 It’s Dad Versus Billionaire Delinquent in Why Him? Trailer

It's Bryan Cranston versus James Franco in Why Him?, a movie that focuses on one of the most ancient battles of all time—father versus daughter's feckless boyfriend. Only here, it's even worse—the tattooed weirdo is going to be a son-in-law.

Here's the conceit; It's the holidays, and Ned (Cranston), a loving but overprotective father, and his family visit his daughter at Stanford, where he meets her new boyfriend, Laird (Franco). Laird has one thing going for him; he's a Silicon Valley billionaire. But the dude is weird, deeply socially awkward and essentially the offbeat ying to Ned's buttoned-up yang. The punishing revelations keep coming for Ned when he learns Laird's going to pop the question to his daughter, and a rivarly between the two men ensues that has the potential to tear the family apart.

Why Him? hits theaters on December 23.