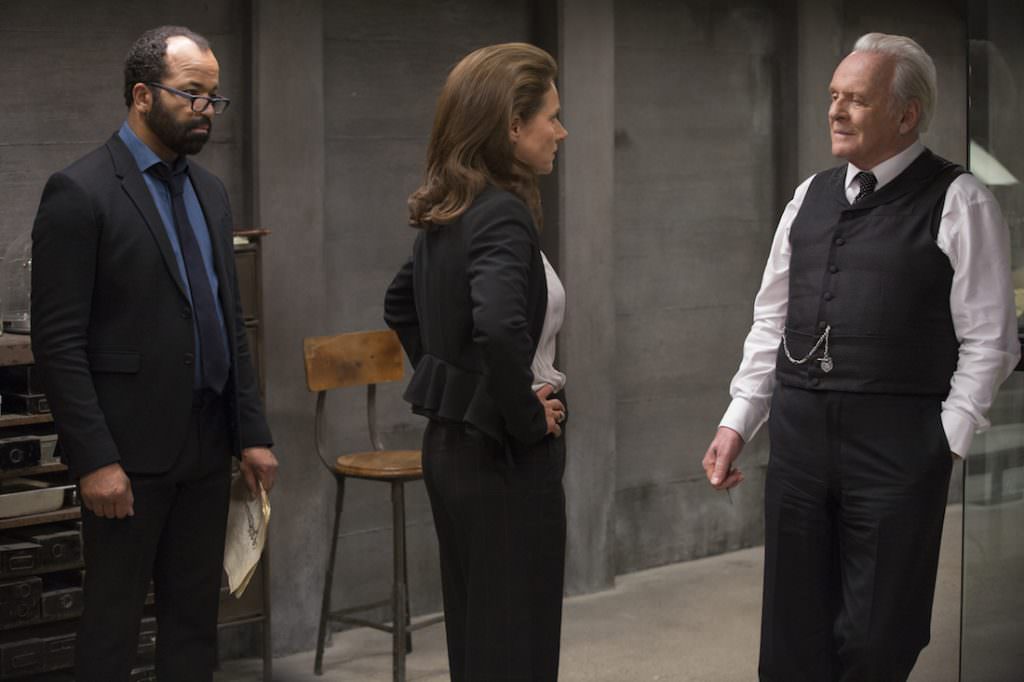 Did you catch last week's episode of Westworld? If not, read no further—spoiler alert.

Okay, so you caught the seventh episode of Westworld this past Sunday, and perhaps you had a similar experience to one people across the country felt as Theresa (Sidse Babett Knudsen) was flipping through some robot designs in Dr. Ford's (Anthony Hopkins) secret lab—no, please no, anyone but Bernard (Jeffrey Wright). When Theresa shows Bernard the schematic she's found—a robot that looks exactly like him—he refuses to believe it. "That doesn't look anything like me." Of course Bernard would say that…he's programmed to.

And so the series first major reveal sent shockwaves through the TV watching world—Bernard is a robot. Perhaps the most moral and gentle of all the characters we've yet met (save for, perhaps, Jimmi Simpson's William), a man we've believed was a programmer of other hosts, a man with the ex-wife and dead son, is actually one of Ford's creations, and not only that, but his fixer, felt like a wonderfully heartbreaking shock. Here's that moment once again:

So we learn in one brief, brilliant scene that not only is Bernard a host, but that Ford will do anything to protect his secrets, including kill. To watch Bernard murder a woman he thought he was in a human relationship with was especially potent.

The Hollywood Reporter spoke to the episode's director, Frederick E.O. Toye, about how he built the increasing dread and horror of the moment. You should read the interview interview for insight, but we plucked one point that is very interesting; how Bernard, first refusing to believe he's a robot, is easily proven to be one with a single line from his creator:

"You'll notice that in Jeffrey's performance, which I thought was spectacular… once he begins to get worked up, Ford tells him not to get himself so excited. He calms down, and all of the sudden, effectively turns off. It's a trigger line for him. You can feel in the room the temperature drop. The moment in which Bernard turns off, it's almost like you should see their breath in the air. Now it's two humans, face to face, talking about this power play, and she's cornered in the room. Yes, you would completely relate to her in that moment. But Ford… I feel like Tony gives a very powerful but very understated performance in that moment that maintains a character without being too completely far gone. But there is a monstrous and chilling quality to the performance in that scene."