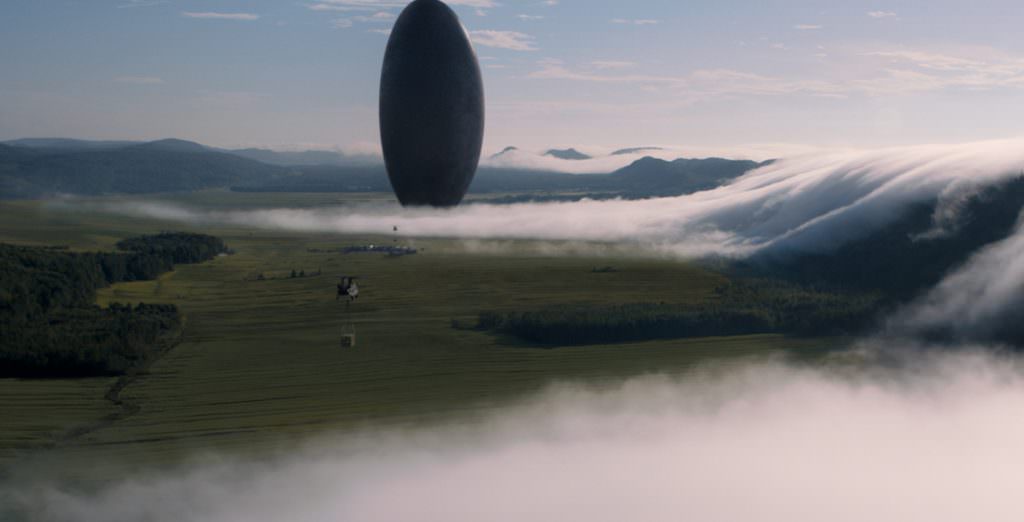 Oscar-nominated production designer Patrice Vermette was tasked with creating an alien language for the new movie Arrival —  and although he started by studying the languages used in other films about alien invasion, he ended up “reverse engineering” the language that Amy Adams uses to communicate with the invaders in the new film (in theaters Nov. 10). Vermette took a feelings-first approach to crafting the alien language by thinking about what it said to the audience without words.

That’s probably because the origin of the language is graphic. Vermette started with a general aesthetic concept, not words. The instructions for developing the language were simple: It needs to be circular to suit the movie’s theme that time is nonlinear with “no beginning, no end.”

“I was asked to look at what’s been made, what’s been done and also needed to look at what languages exist on earth or what existed, like hieroglyphs, dead languages from the middle east or Africa, symbols from Native American culture and South America,” Vermette said. Although he came up with a variety of initial options, Vermette said he and long-time collaborator, director Denis Villeneuve (Vermette and Villeneuve worked together in the past on Prisoners and Sicario) weren’t happy with the results.

“It wasn’t alien enough,” he said. “There was always a logic, which made it really human, so it was not a surprise [to the audience].…With everything alien in the movie, it was very important for us to really underline the word alien. It needs to resemble nothing. When exposed to that language, that ship, we need to be surprised, we need to be attracted, we need to be puzzled, to ask ‘what is it?’”

Martine Bertrand is “the very talented painter who happens to be my wife,” in Vermette’s words, who is credited for the alien language design in Arrival. She won the blind presentation of alien language concept art.

“It’s about what that aesthetic projects to the audience and the characters in the movie,” Vermette said. “And then it’s reverse engineering….We started repeating some of the designs within that circular graphic. It was just like cursive, where you create patterns. Then we created meanings for a lot of them, sentences and feelings (associated with the ink blots).” 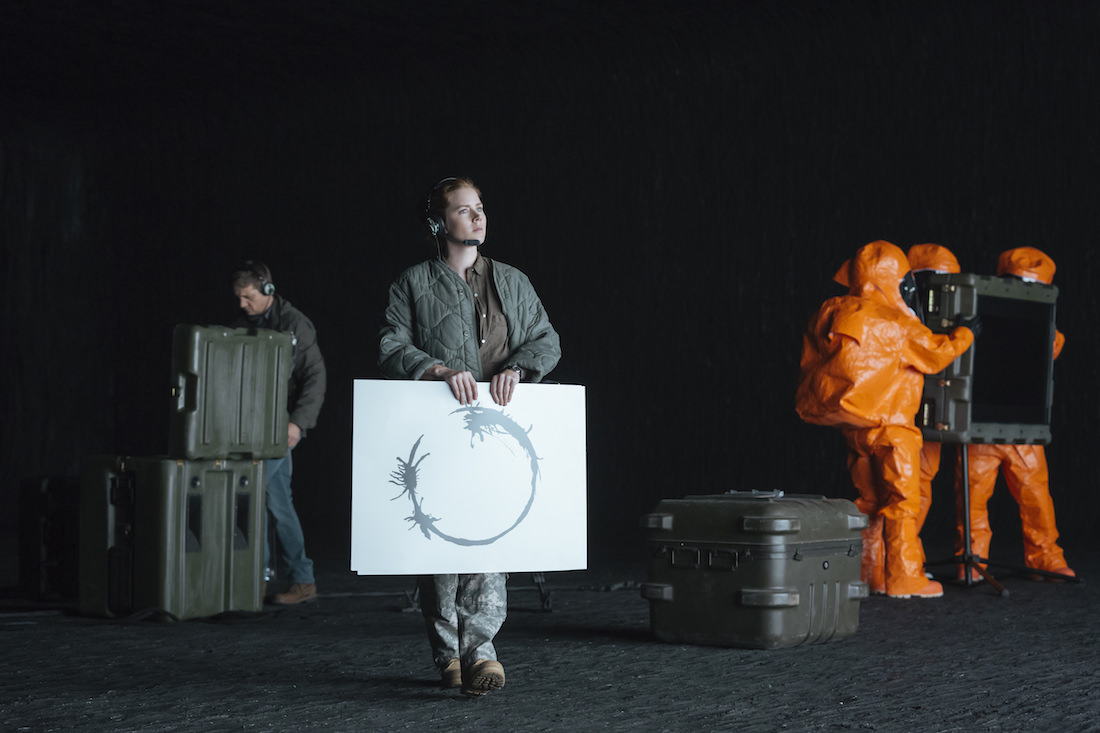 Although the language started with the concept of creating a feeling in the audience, during the movie Adams’ character has to actually learn the language. In the script by Eric Heisserer, that requires analyzing and breaking it down into twelve sections.

“We created a dictionary so if we wanted them to be able to say something [other than what was originally in the script], we could easily adapt,” Vermette said. “The bible sits in my external drive. We printed it but it’s a PDF document that everybody could have access to during production to make sure what was on the screen matched it.”

That’s the key to Vermette’s production design role: “During the shoot, if you’re well prepared everything goes smoothly.”

On shooting days, Vermette’s job begins by reviewing the scenes planned for the day, with an emphasis on effects. His job requires working closely with the director, prop master (who ultimately coached Adams on the use of the language), and the director of photography.

This is Vermette’s first time creating an alien language, and both his and Villeneuve’s first science fiction movie —  but he would love to do more. He is currently working on the upcoming movie The Mountain Between Us, a thriller with supernatural overtones that also allows him to creatively stretch. He thinks bringing a fresh perspective  —  a different approach to “new worlds”  —  to a genre is what movie producers want.

Overall, he’s “super happy” with the results in Arrival. “We succeeded in making a very poetic movie, very poetic as its signature,” he said.