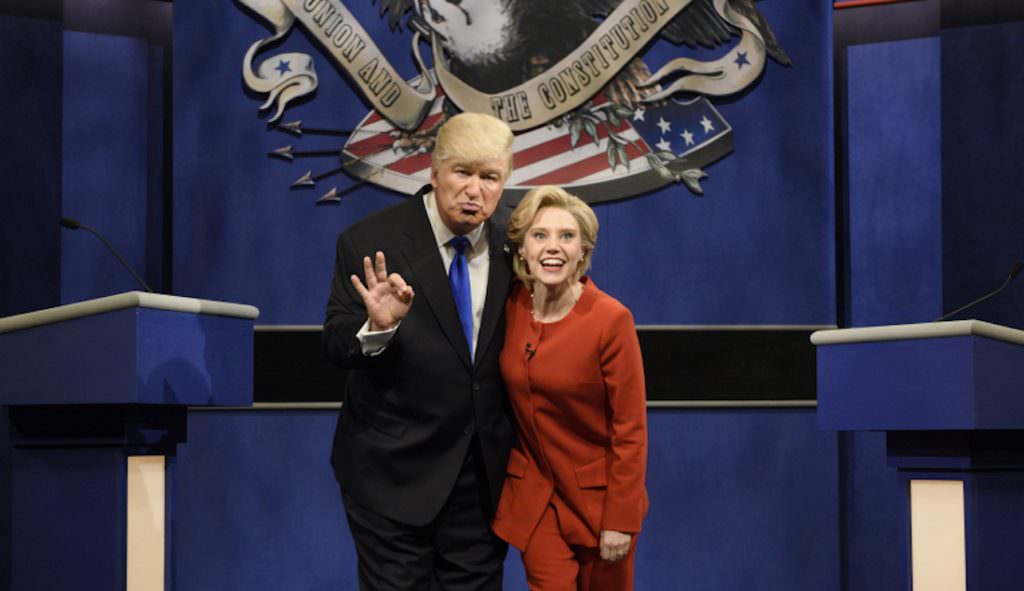 Saturday Night Live is an institution, and that's always felt particularly keenly during presidential election years. This season, of course, we've witnessed Kate McKinnon and Alec Baldwin transform into Hillary Clinton and Donald Trump. Their performances have been, in short, hysterical. The nuances of their impersonations, from McKinnon's compassionate take on Hillary's struggles with connecting with audiences, and Baldwin's spot-on physical incarnation of Trump (the pursed lips, the hand gestures) are such a big part of the appeal.

Yet one aspect of their performance that they must rely on the genius of others is when it comes to hair and make-up. The crack team of artists in SNL's hair and make-up department are absolutely crucial to the success of every sketch. Louie Zakarian, head of make-up department, has been a part of the show since 1995, leading the charge on the show's prosthetics, facial hair, and anything else an actor might need to turn them into the character they're lampooning (often lovingly, sometimes not.) Jodi Mancuso, the head of the hair department, says it takes anywhere north of 50 hours to build a wig. The time they get to do their work is less a marathon than a sprint; their teams often don't know exactly what they'll need to create for any given show until Wednesday night at around 11:30, giving them just around two and a half days to create every wig, mustache, fake nose and everything else for showtime on Saturday night.

Check out this fantastic video that highlights the work these artists do each and every week. We tip our caps, wigs and fake noses at their incredible skill.