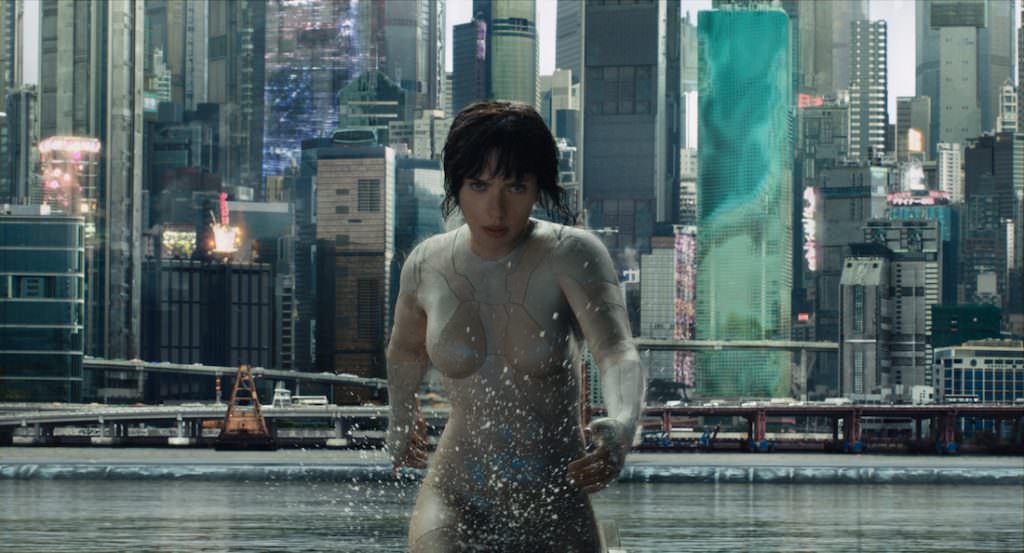 Director Rupert Sanders Ghost in the Shell remake has been a long time in the coming. It began in 2008 when Steven Spielberg acquired the rights to a live-action adaptation of the original manga by Masamune Shirow. Eventually Sanders took over the project, with Scarlett Johansson stepping into the lead role. That role is a doozy; Johnson plays The Major, a Cyborg counter-cyberterrorist who leads the task force Section 9, with a goal of thwarting cyber criminals and hackers. She's been led to believe she's a one-of-a-kind human-cyborg hybrid, but part of the fun of Ghost in the Shell is watching as the Major discovers nothing is as it seems.

A new enemy has emerged who plans to sabotage Hanka Robotic's artificial intelligence technology, giving the Major her biggest challenge yet. Starring alongside Johansson are Pilou Asbæk, Takeshi Kitano, Juliette Binoche, and Michael Pitt. As you'll see in the new trailer, the visuals and aesthetics are Blade Runner meets Inception, with a healthy dose of the 1996 anime film.

Yet Johansson made it clear to Collider at an event in Tokyo that this Ghost in the Shell is going in its own direction. “You can’t rip it off the page, it’s totally different. You’re playing it as a – it’s not really a person, but it’s a human brain, it’s someone who’s having this life experience. Which is very different from just ripping stuff off from the manga. One thing that will be very different probably is we’re not making the Frank Miller world where those graphic novels come to life. We have kind of the iconic iconography of the Manga and stuff, but I think people will be surprised at the gritty kind of realness of this. For a person that doesn’t have a heart, it has a lot of heart, I think.”