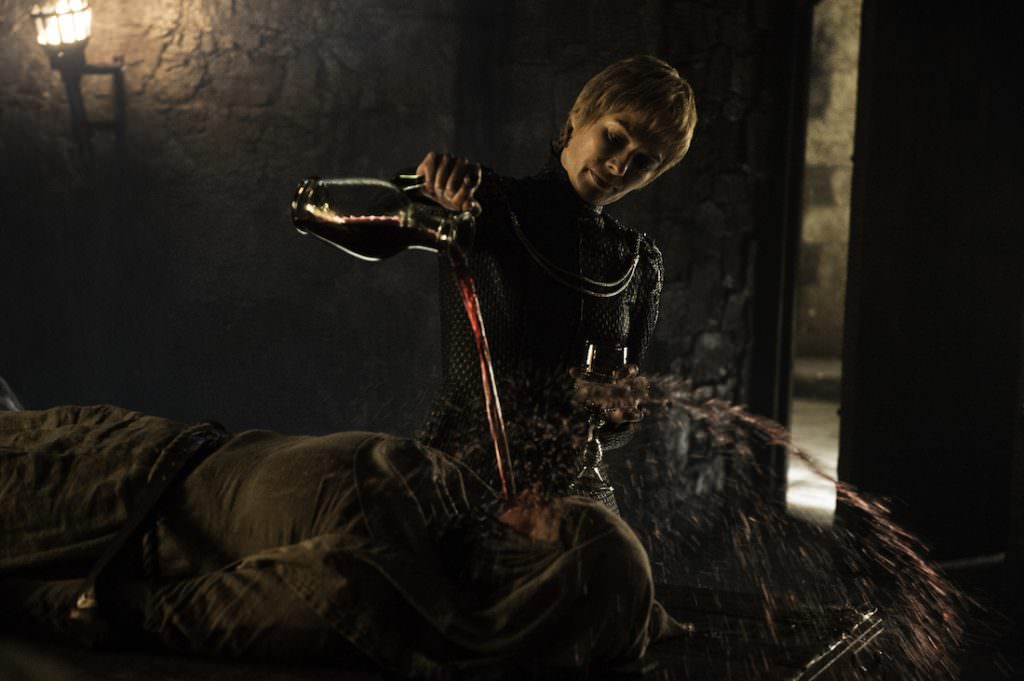 Of all the guilty pleasures provided by HBO's juggernaut Game of Thrones,  one has been making of yourself a Tyrion (or a less lethal Cersei) and enjoying a glass or two of wine while watching the show. For all the dragons, swords, betrayal, sex, and death depicted over the course of the show's wild six seasons, one of the other constants has been drinking. Tyrion drinks (a lot), as does Cersei, and Bronn, and any number of major or minor characters. So it's fitting that the hit HBO series is collaborating with Vintage Wine Estates to create an official Game of Thrones wine, due for release this spring before the seventh season premiere.

In addition to the already available Game of Thrones beer, this new round of beverages will include a Chardonnay and a Cabernet Sauvignon reserve. President and CEO of Vintage Wine Estates, Pat Roney, says “Any fan of Game of Thrones appreciates the role wine plays in the saga. We are very excited to partner with HBO to give those fans some delicious wines to sip as they plot their own paths to the Iron Throne.”

The fandom can add this latest piece to their merchandise collection, which should already include clothing, video and board games, replica costumes and props, and even bobblehead dolls. The diverse and critically acclaimed show based off of George R. R. Martin’s blockbuster book series, A Song of Ice and Fire, is expected to end after its eight season in 2018. Until then, cheers to taking the throne.