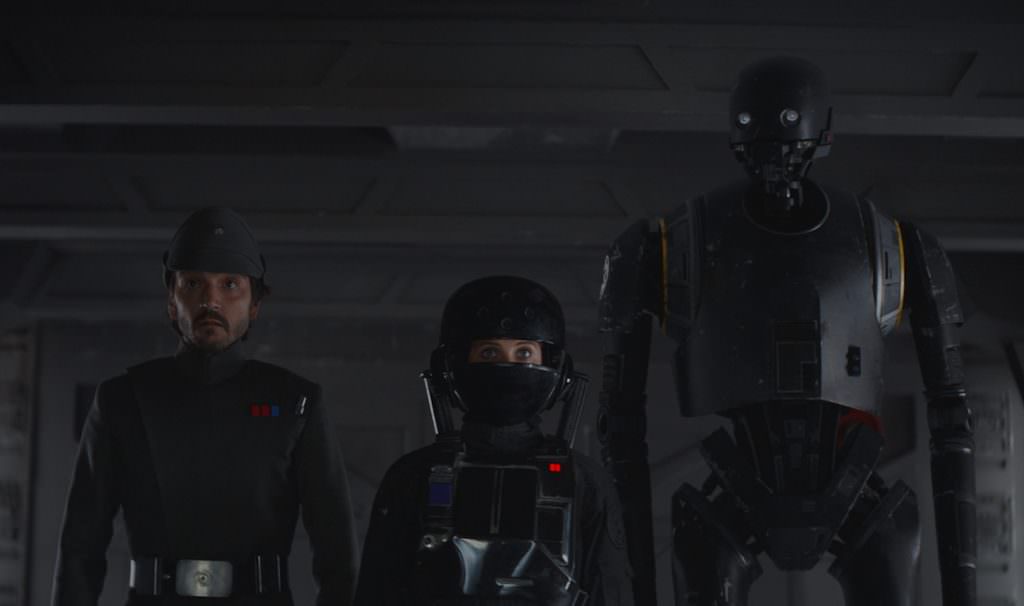 The Death Star Earns its Name in new Rogue One Trailer

To help ease you into this weekend after a particularly stressful week (Leonard Cohen passing away yesterday was particularly tough to take. Then again, the man lived a full, glorious life), we've got a brand new international trailer for Rogue One: A Star Wars Story.

What more could you ask for on a Friday than a bunch of new footage from the upcoming, non-saga Star Wars film, including fresh sequences that show Death Star carnage, reveal that Jyn Erso's (Felicity Jones) father has communicated a secret message about the Death Star that is the main reason she's selected to lead the mission, and, a Kyber crystal necklace that looks like it's going to have some major importance in the film.

Director Gareth Edwards looks to have fashioned a stunning war film, which, aside from the X-Wings, Death Star and the like, resembles Black Hawk Down as much as it does previous Star Wars films. And that's a good thing.

Rogue One: A Star Wars Story opens on December 16.