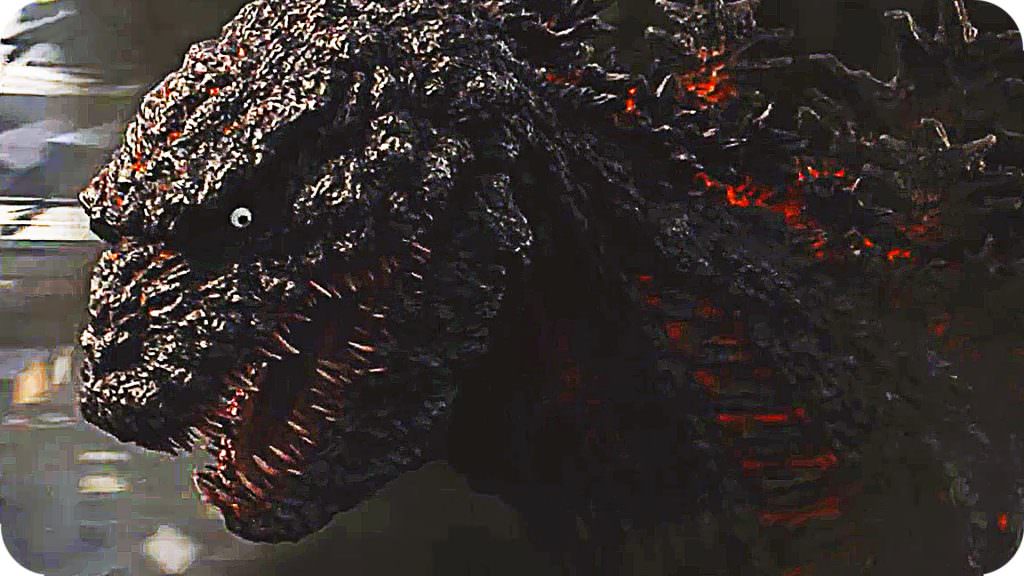 Shin Gojira—which is Godzilla Resurgence to you non Japanese speakers—is the 31st Godzilla film in the franchise, and the 29th produced by the legendary Toho Studios. Co-directed by Hideki Anno and Shinji Higuchi, this latest Godzilla film once again unleashed the most famous monster in movie history on the city of Tokyo.

The film’s premise was clever; when the Tokyo Bay Aqua-Line mysteriously floods and collapses (the line is a bridge-tunnel combo that runs across Tokyo bay), Japan's Deputy Chief Cabinet Secretary Rando Yaguchi is one of the only people who thinks what happened wasn’t caused by a man-made structural mishap or a natural disaster. No, he believes the cataclysm was caused by a living creature. Naturally, his claims are shrugged off by the powers that be, including Japan's Prime Minister, until everyone finds out that the Aqua-Line is only the first of many Tokyo landmarks that will be destroyed, and what's bringing them down is worse than any typhoon.

Although Godzilla began with a man in a rubber suit stomping miniature cities, it has blossomed, thanks to modern computer-generated visual effects, into spectacles of believable carnage. Luckily, StealthWorks FX Team has released this VFX reel to show us how they helped bring credible gravitas and exacting detail to the latest Godzilla film. From the very first shot of Godzilla crawling up the side of a building and pancaking it into rubble, you appreciate just how far we’ve come.